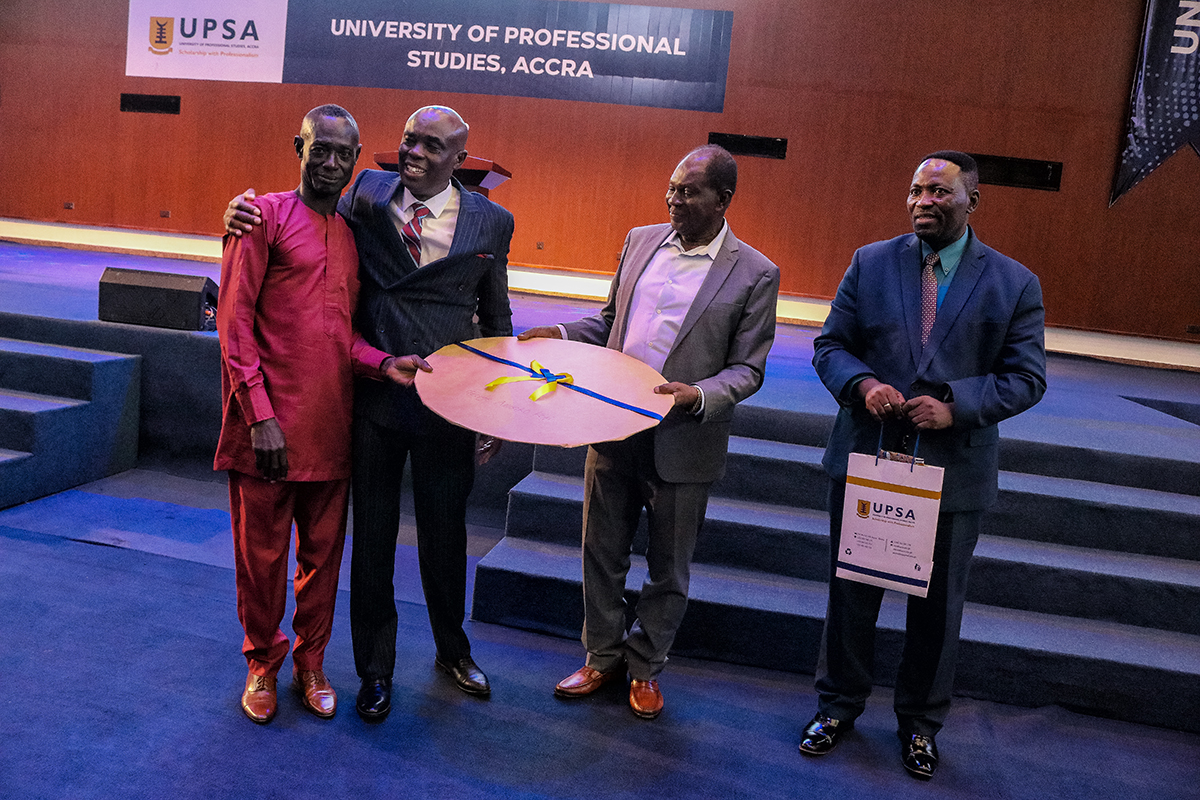 The Management of the University of Professional Studies, Accra, has celebrated 100 staff for their commitment to duty and long service to the University at the maiden Employee Recognition and Awards Day.

The long-service awards seek to recognise employees who have worked with the university for more than 15 years.

Notable among the award recipients was Mr George Kofi Amoako (a janitor), who emerged as the star worker for more than 33 years of service to the University, making him the longest-serving employee within the UPSA community.

The Vice-Chancellor of UPSA, Prof. Abednego F. O. Amartey, says the establishment of the awards scheme is to reward loyalty while acknowledging the contribution of dedicated staff towards organisational growth.

He noted that job-hopping has become a common phenomenon in modern workplaces, and therefore there is a need to incentivise the heroes and veterans of the institution who stick around for a major part of their professional lives.

“The Employee Recognition & Awards Day has come to stay,” the VC proclaimed.

The event was graced by the Chairman of the UPSA Governing Council, Dr Kofi Ohene-Konadu as well as the Pro-Vice-Chancellor, Prof Charles Barnor and Mr Nicholas Adjei, Director of Finance who were also recognised for their long service.