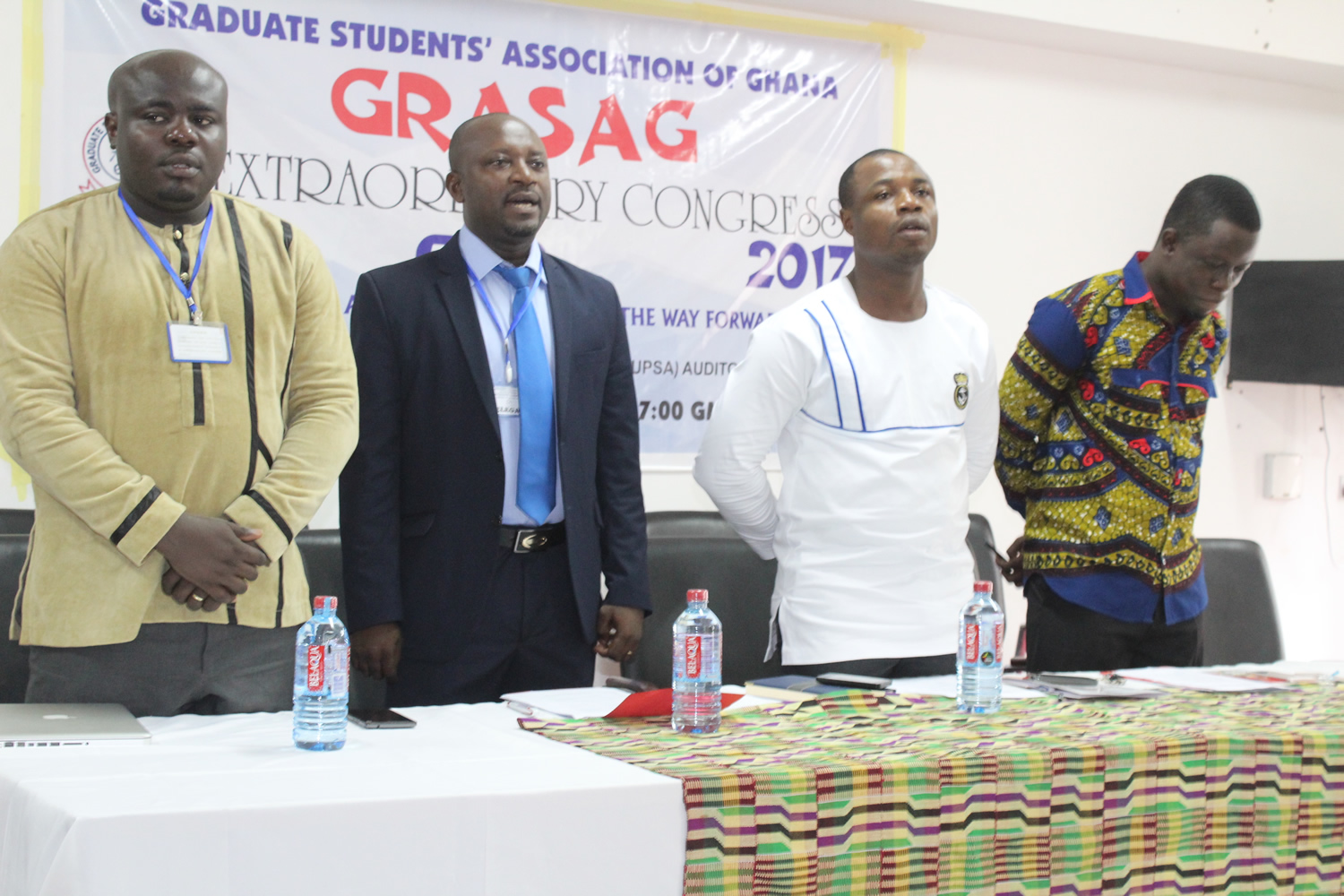 The Graduate Students’ Association of Ghana (GRASAG) has held its maiden extraordinary congress on the theme, Comprehensive Assessment of GRASAG: The Way Forward.

The Congress, attracted some 200 delegates from nine of the 13 public universities in Ghana, and a representative from All African Students Union (AASU). The Congress was hosted by the University of Professional Studies, Accra (UPSA) GRASAG Chapter;    and it constituted an opening ceremony and breakout session where delegates deliberated on the agenda for the day.

In his speech to officially launch the Congress, Rashid Kwesi Eduaful, the national President of GRASAG, said the purpose of the maiden Extraordinary Congress was to evaluate the institution of GRASAG and to correct things that had gone wrong in the Association.  This would include reviewing certain aspects of the Association’s Constitution, and other relevant documents to guide the smooth running of the Association.  “We ought to be capable of managing own internal affairs, if we aspire to serve our country through national leadership positions in the future,” GRASAG President stated. 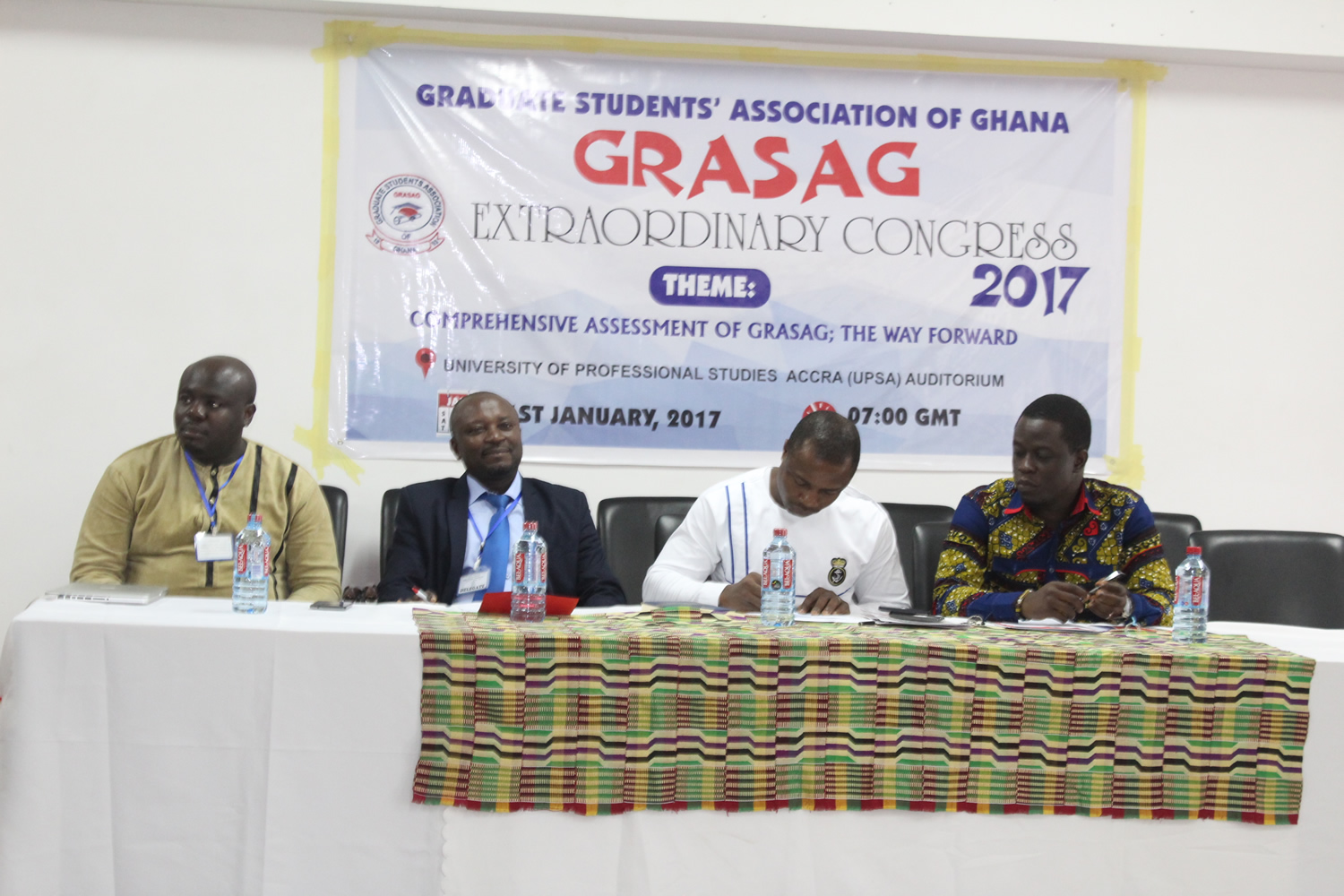 In his remarks, Dr. John Kwaku Mensah Mawutor, Dean of the UPSA School of Graduate Studies and Chairman of the launch, lauded the GRASAG executives for coming up with the initiative of self-evaluation, which in his view would make the Association stronger.  He was however of the view that discussions at the Congress should go beyond the evaluation of GRASAG, and include issues that would  fit into the national interest, notably the issue of funding of Higher Education institutions, including that of private universities.  “Don’t think of GRASAG alone, but national issues as well, so your communiqué would fit into the national higher education agenda for the benefit of all universities in Ghana.”