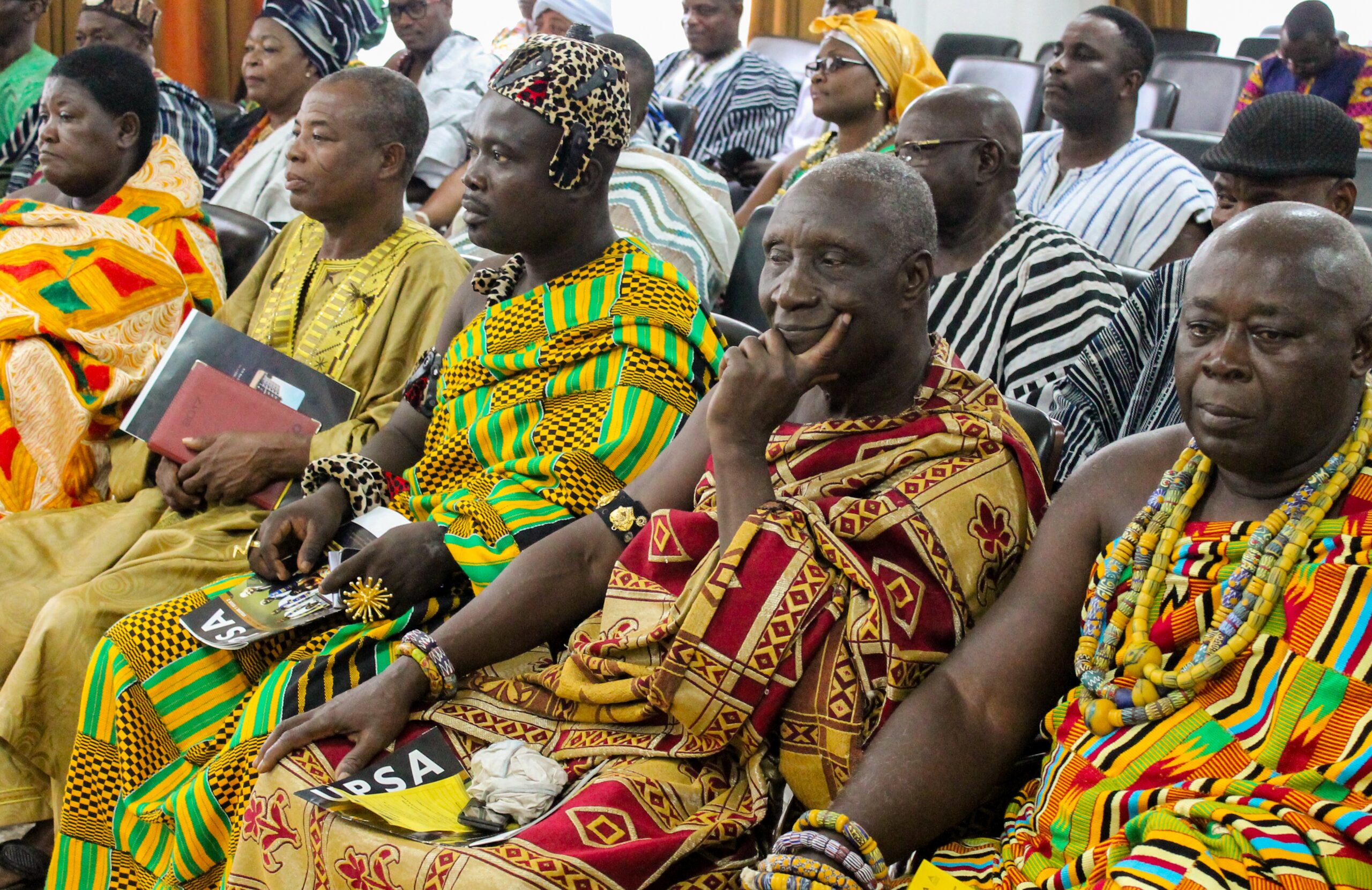 In his closing remarks, the deputy minister for Chieftaincy and Religious Affairs Paul Essien exclaimed his great joy to see how much the training programme has motivated the Chiefs to spearhead development in their areas.

Hearing reports about the productive discussions and lessons from the workshops have made the Deputy Minister resolved to push for a closer relationship and encourage greater support from the Ministry of Chieftaincy and Religious Affairs to the Otumfou Centre of Traditional Leadership.

During the ceremony, Chiefs from the current class, as well as two alumni from previous classes, gave remarks to thank UPSA for hosting the training programme and to emphasize the necessity of making good use of all that they have learned.

One of the members of the graduating class, Chief Nana Ayi Krotia I of Ngleshie Alata Traditional area remarked “Gone are the days when chiefs could sit in the palaces and people to come to them with their problems for you to solve. This time around Chiefs must be visionaries. We must look ahead and think about what we can do to improve the circumstances of our subjects. We are no more at war. Development and improvement of the lives of our people is our call.” Many other echoed his sentiments stating that this training was a start to their continued commitment to further education and good governance.

At the end of the session, the traditional leaders received certificates, awarding their diligence during the training. As certificates were being rewarded, all around the room the pride and support of the Traditional Leaders for each other could be heard and felt. Calls and shouts of support were made as each participant received their award, showing the level of camaraderie and unity that the leaders were able to build throughout this process.

The Otumfuo Centre of Traditional Leadership hopes to continue expanding the programme in the future and look for more ways to engage Traditional Leaders all over Ghana throughout the year. The closing ceremony was attended by the Deputy Minister of Chieftaincy and Religious Affairs, Paul Essien; UPSA Vice-Chancellor Professor Abednego F.O. Amartey; Director of the OCTL, Lepowira M.N.D. Jawula; the graduating class of Traditional Leaders,   as well as alumni from previous classes of the training programme.