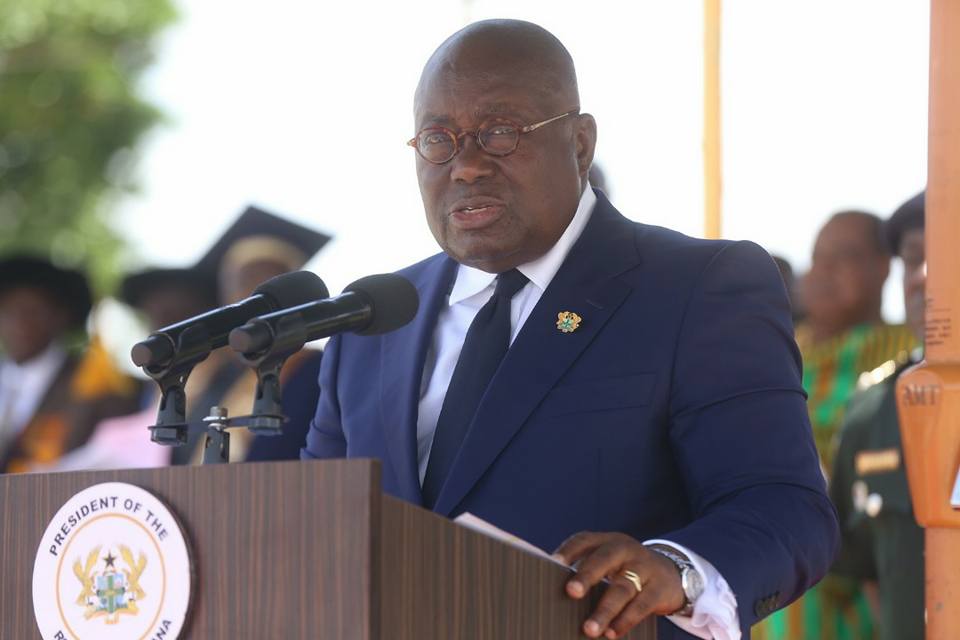 Recommendations in a report submitted to the Ministry of Education for the enactment of a law to establish a unified commission that will be responsible for policy formulation, implementation and accreditation of tertiary education institutions in Ghana will soon be implemented by the Education Ministry, President Akufo Addo has stated.

Delivering the Guest of Honour’s address at the Special Congregation of the University of Professional Studies, Accra (UPSA) and conferment of Honorary Doctorate Degrees on two eminent persons at the forecourt of the Central Administration Block, President Akufo Addo said, “The Education Ministry through the implementation programme will reform University accreditation and affiliation policies that will ensure equity and fairness in the establishment of public and private universities.”

The President also indicated that government has committed itself to the establishment of a research fund as part of efforts to fund sector-specific research work in institutions of higher learning. This fund the President says will be an addition to the book and research allowance which is already in existence. 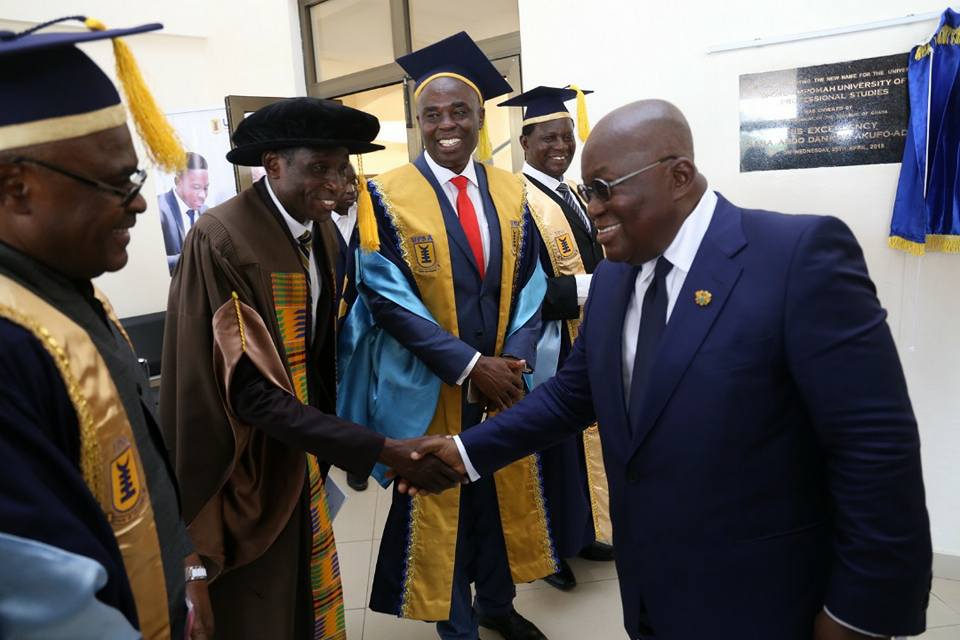 The Vice-Chancellor of the UPSA, Professor Abednego Okoe Amartey, in his address to the congregation observed that the University in a few months from now will be offering a PhD programme in the academic field of Marketing, marking a new paradigm in the history of the University. He added that the University is looking forward to the time when it would wean itself from government’s support, which he called, “UPSA Beyond Aid”. Professor Okoe Amartey asked the President to assist the school with some 19 million Ghana cedis to help the University complete existing structures on the campus to ease the pressure on the institution’s facilities.

The President in his speech announced that the academic board of the UPSA has decided to rename the University after its founder and First Director, Nana Opoku Ampomah. This decision according to the President has his approval. The UPSA after the Parliamentary processes are completed will be known as the “Opoku Ampomah University of Professional Studies” (OAUPS).

The UPSA conferred Honorary Doctorates on Nana J. K. Opoku-Ampomah, Founder and First Director Of the then Institute of Professional Studies (IPS) and President of the Confederation of African Football (CAF) and FIFA Vice-President, Mr Ahmad Ahmad.