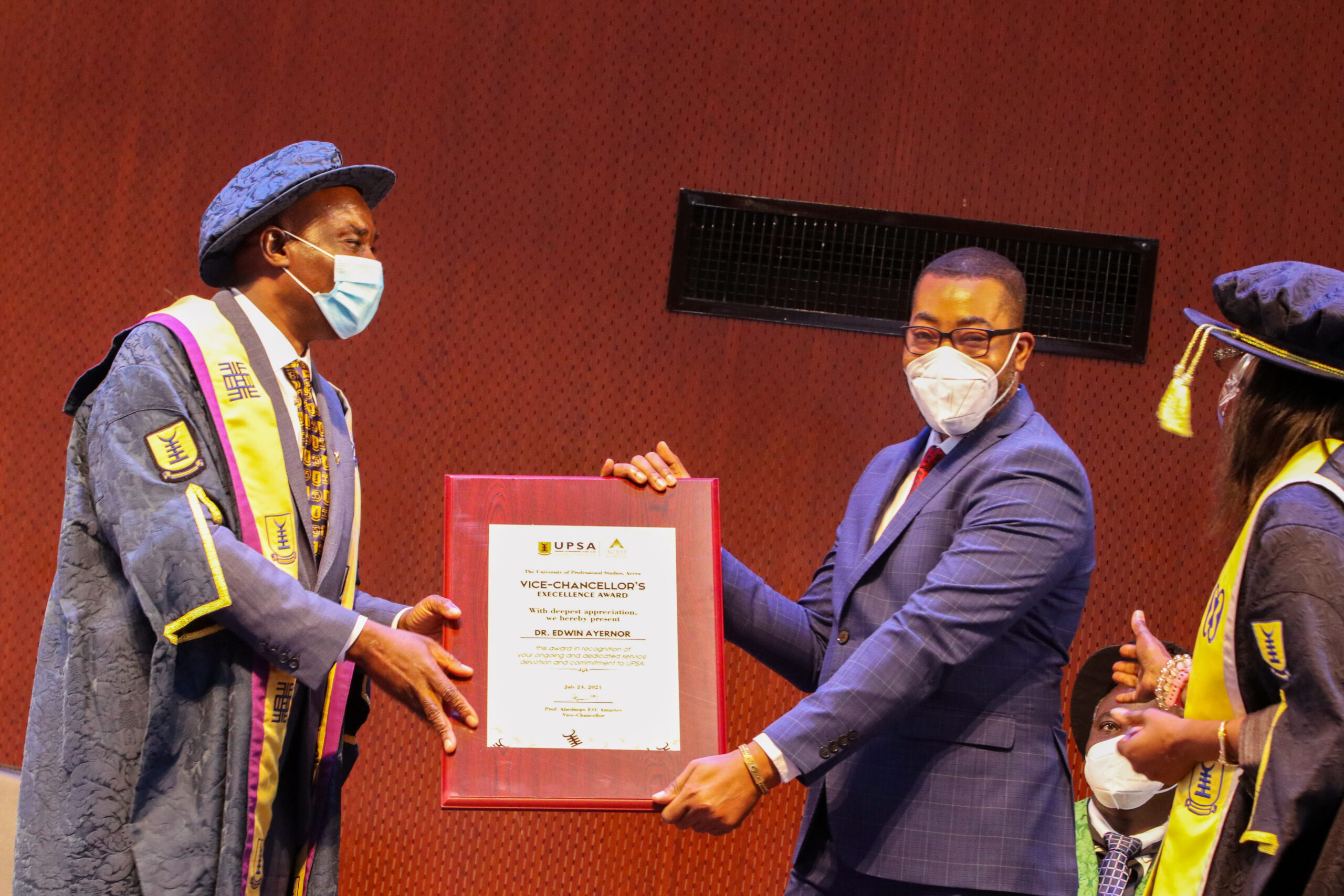 Three distinguished Senior Members have been recognized by the University for their unfailing drive, commitment and professional excellence in the discharge of their duties.

Registrar of UPSA, Dr. Koryoe Anim-Wright, in announcing the inaugural winners of the VCEA, explained that the award scheme has been instituted to appreciate members of the University Community who have gone above and beyond the requirement of their roles to realise significant and sustained achievements by demonstrating service excellence to enhance UPSA’s experience for students, alumni, staff and visitors.

She commended the recipients, pointing out that despite their tight schedules as full-time employees, they took up additional responsibilities, combining two demanding roles to the admiration of the Management of the University.

In a citation presented to Ms. Akyaa Afreh Arhin, the Vice-Chancellor, Prof. Abednego F. O. Amartey lauded the legal practitioner for exhibiting exemplary service during her tenure on the University Council by displaying a high level of diplomacy, tact and frankness in expressing her counsel.

“In honour and with a deep appreciation for serving as a member of the UPSA Governing Council, you served with the highest standard of excellence and integrity,” the citation read. “You are an example and inspiration for us all.”

On the other hand, Dr Edwin Tetteh Ayernor, who is also the Acting Dean of Faculty of Information Technology and Communication Studies and Dr Mary Naana Esiaw, doubling as the Director of the Institute of Works, Employment and Society (IWES) were awarded in recognition of their “ongoing and dedicated service, devotion and commitment to UPSA.”

Dr Ayernor expressed his gratitude to the Vice-Chancellor on behalf of his fellow awardees for the honour bestowed on them.

“We remain committed to ensuring that the University’s vision of becoming a world-class education provider in both academic and professional disciplines that are nationally entrenched, regionally recognized and globally relevant is achieved through our collective efforts,” he said.