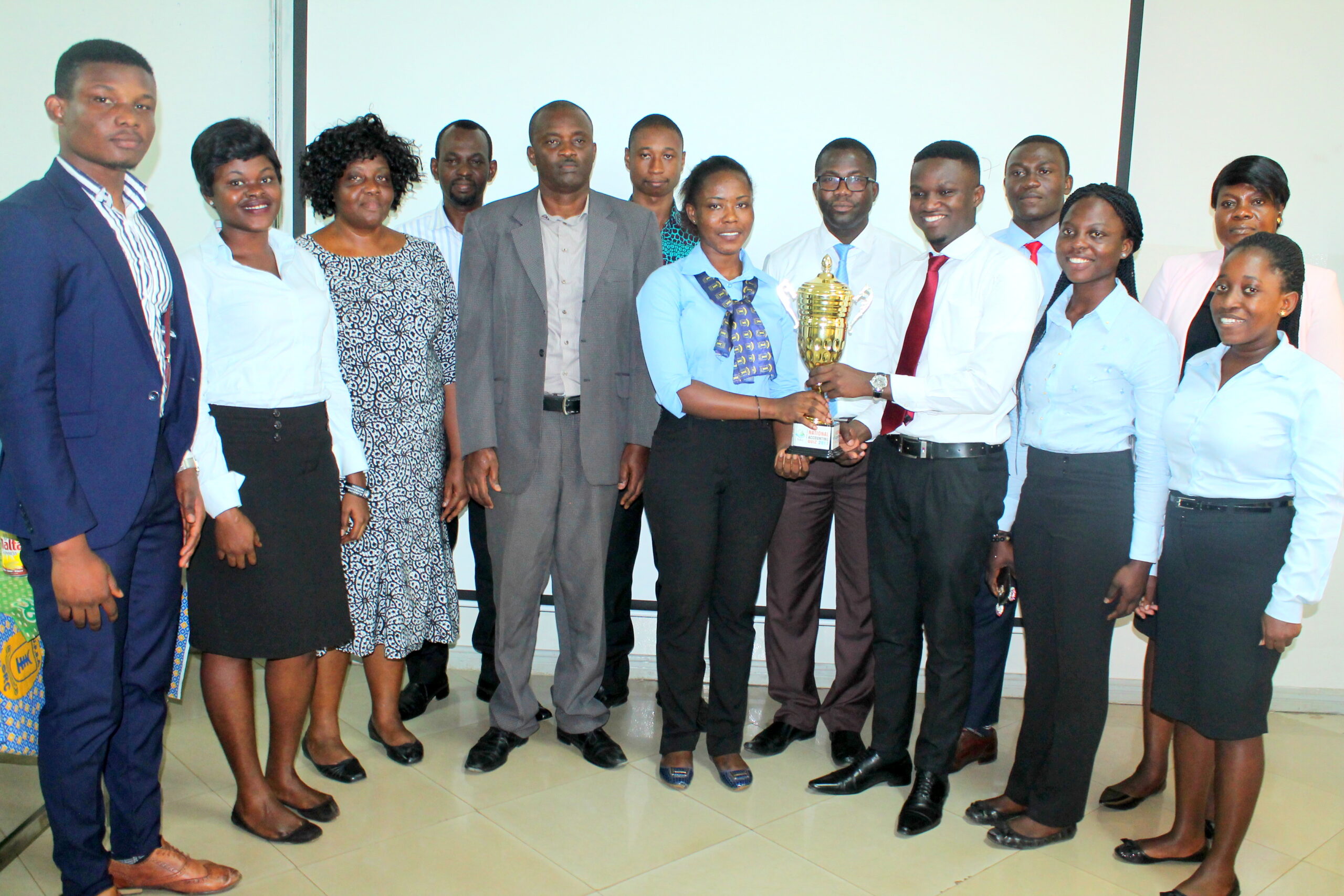 A team of Accounting students from the University of Professional Studies, Accra (UPSA) has  won the first edition of the National Accounting Competition 2017.  UPSA representatives, Prince Nyamekye and Mary Sey ended up in a one point lead against their rivals from Central University college.

The two-day competition, dubbed “National Accounting Competition,” was organized to help university students understand the accounting profession and equip them with prerequisite skills for the job market.  It was held at the campus of UPSA from the 3 to the 4th of October, 2017.

The University took home a trophy. In addition organizers  have promised other packages yet to be announced.

Speaking on the aim of the quiz competition, Head of the Accounting Department of UPSA,  Dr. Helen Ahulu  stated that the competition did not only benefit accounting students but serves as a platform to expose non-business students to the profession of accountancy and motivate them to have the desire to pursue an accounting programme.

The National Accounting Quiz 2017 was organized by the Young Professional Accountants Network in collaboration with UPSA and endorsed by the Ministry of Education. The competition, which is expected to be an annual event, was sponsored by Association of Certified Chartered Accountants, Databank, Ramafrique and YPAN Consult. The contestants of the competition were students of UPSA, Central, Accra Technical and All Nations universities.