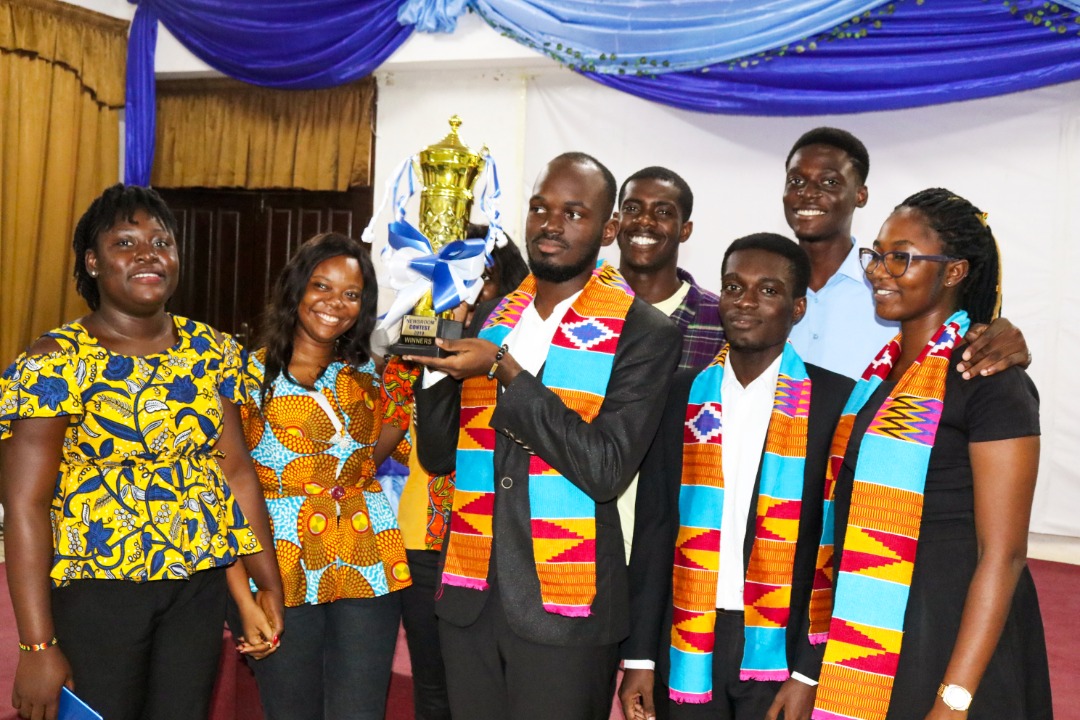 The University of Professional Studies, Accra put up a spirited performance to crush Wisconsin International University College to win the 2019 inter-tertiary Newsroom Competition.

In a seat-clutching three-round contest, Wisconsin who have been impressive throughout the competition, took a 2-point lead in the second round, setting the stage for a nerve-racking final round.

The contestants from the Department of Communications Studies, however, hinged on the ‘professional’ comeback spirit to topple their rivals at the debate session to admiration of the audience. At the end, UPSA accumulated 151 points against 143 by Wisconsin to lift the coveted trophy.

UPSA before reaching the grand finale trounced defending champions, GIJ at the semi-finals stage while Wisconsin settled an ‘old score’ with AUCC to book a slot.

This set the tone for a mouth-gaping finals and indeed it lived up to the hype. UPSA, who was hosting the event for the first time, took a 9-point lead in the first round but the visitors surprisingly rebounded in the second round and cruised into the lead before the home team overturned the 2-point stretch in the last lap.

Speaking at the closing ceremony, the Pro-Vice-Chancellor, Prof Charles Barnor, congratulated the contestants for making the University proud.

He observed that the scores by the judges were a true reflection of the performance by both schools and called on the organizers to sustain the competition.

The Newsroom competition is a simulated news writing, integrated communication and debating contest among communication faculties aimed at synthesising theory with practice.

It is organized by the Accra-based integrated communications firm, Cheetah Communications.

Meanwhile, the Vice-Chancellor of the University, Professor Abednego Feehi Okoe Amartey, has congratulated the team for their sterling performance at the Competition. He said: “your scholarly display and mental fortitude throughout the contest is an attestation of the strong professional foundation on which we train our students.”

He urged them not to rest on their oars but to strive to attain higher heights. Prof Amartey also lauded the team coaches as well as other lecturers and Faculty staff who contributed to making this achievement possible.

The Vice-Chancellor made these remarks when the team called on him at his office on Friday, 15 November, to present the trophy.