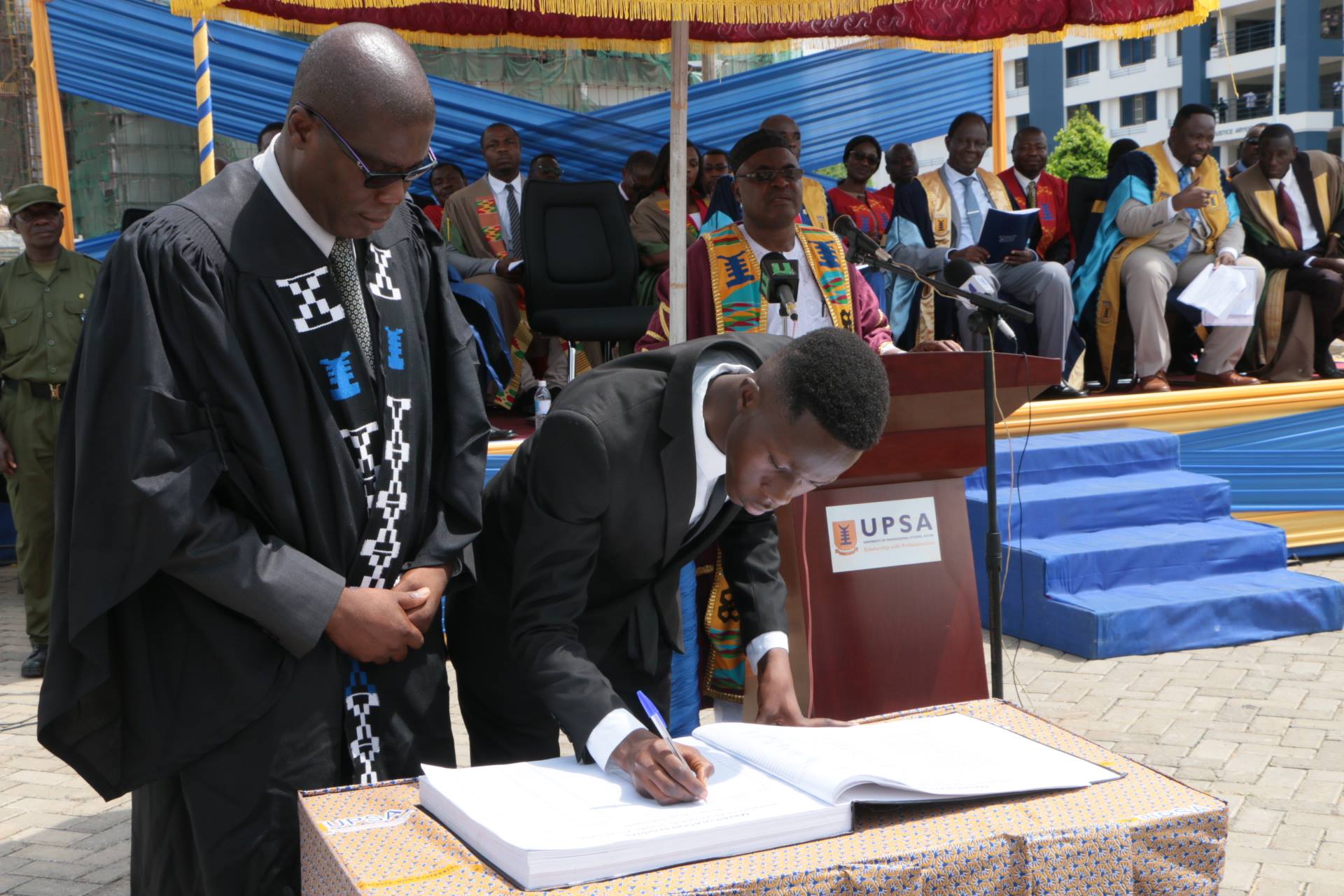 Close to 4,500 students have marked their formal welcome to the UPSA community in a glowing matriculation ceremony in front of the Joshua Alabi Library. Addressing students at the ceremony, Chairman of the University Council, Dr. Kofi Ohene-Konadu welcomed all freshers and urged them to remain focus in their pursuit of academic excellence.

Vice-Chancellor, Professor Abednego Feehi Okoe Amartey said these figures, represented a 9 per cent increment over the previous year. He urged the matriculants to adhere to the laws of the University by instructing them to “read and pay attention to the content of the student handbook” which he said contains all the rules and regulations governing the institution.

He also advised students to use the social media positively for the benefit of their academic work and added that the school would not tolerate any act of indiscipline or engagement in social vices like occultism and examination malpractices. 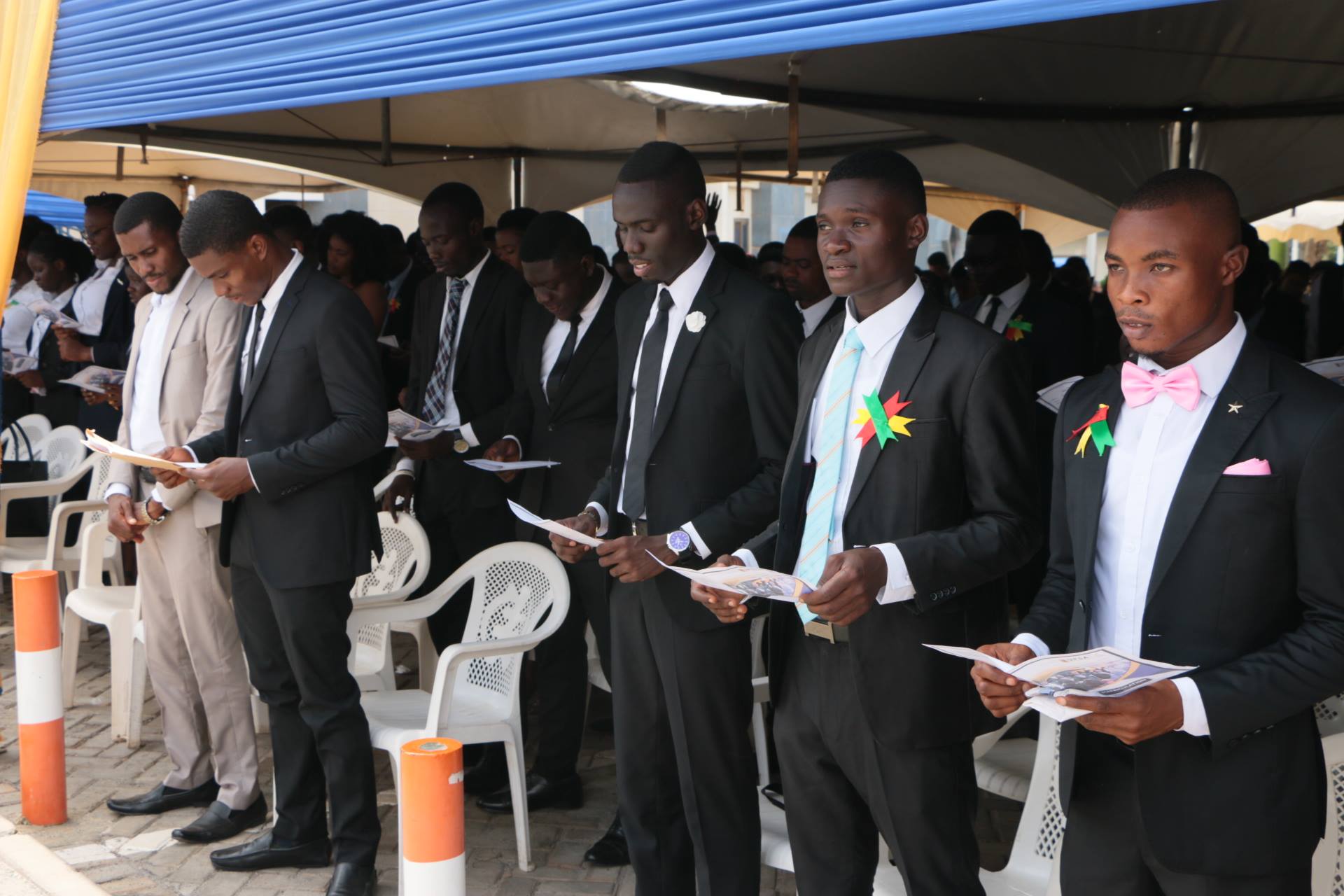 Professor Okoe Amartey also encouraged freshers to take advantage of the tuition-free Professional programmes being run by the school. This he said would give them a competitive advantage over their peers from other tertiary institutions.

The VC also noted that with the introduction of the free senior high school policy, university enrolments were likely to soar in the coming few years due to the enormous student population at the second cycle level currently. He thus appealed to the government to complete all abandoned GETFUND projects to cater for the huge numbers of SHS applicants envisaged by him.

“My appeal to government is to help revive all abandoned GETFUND projects of the university by injecting the necessary funding into such projects,” he said.

Prof Okoe Amartey also called for the revision of the retirement ages of what he termed as the “critical staff” of the university.

“For the critical staff of the University such as lecturers, it is at age 60 that they reach the apex of their career, but are compelled to retire. The practice therefore over the years is that the universities are forced to hire the services of (these) retired lecturers on a contract basis.  This alternative, however, has been questioned in recent times. It is my humble appeal to the government to save the public universities from losing (these) very experienced lecturers by either revising the retirement age of the critical staff of the universities or allow the universities to continue to give contract appointments to lecturers,” he appealed. 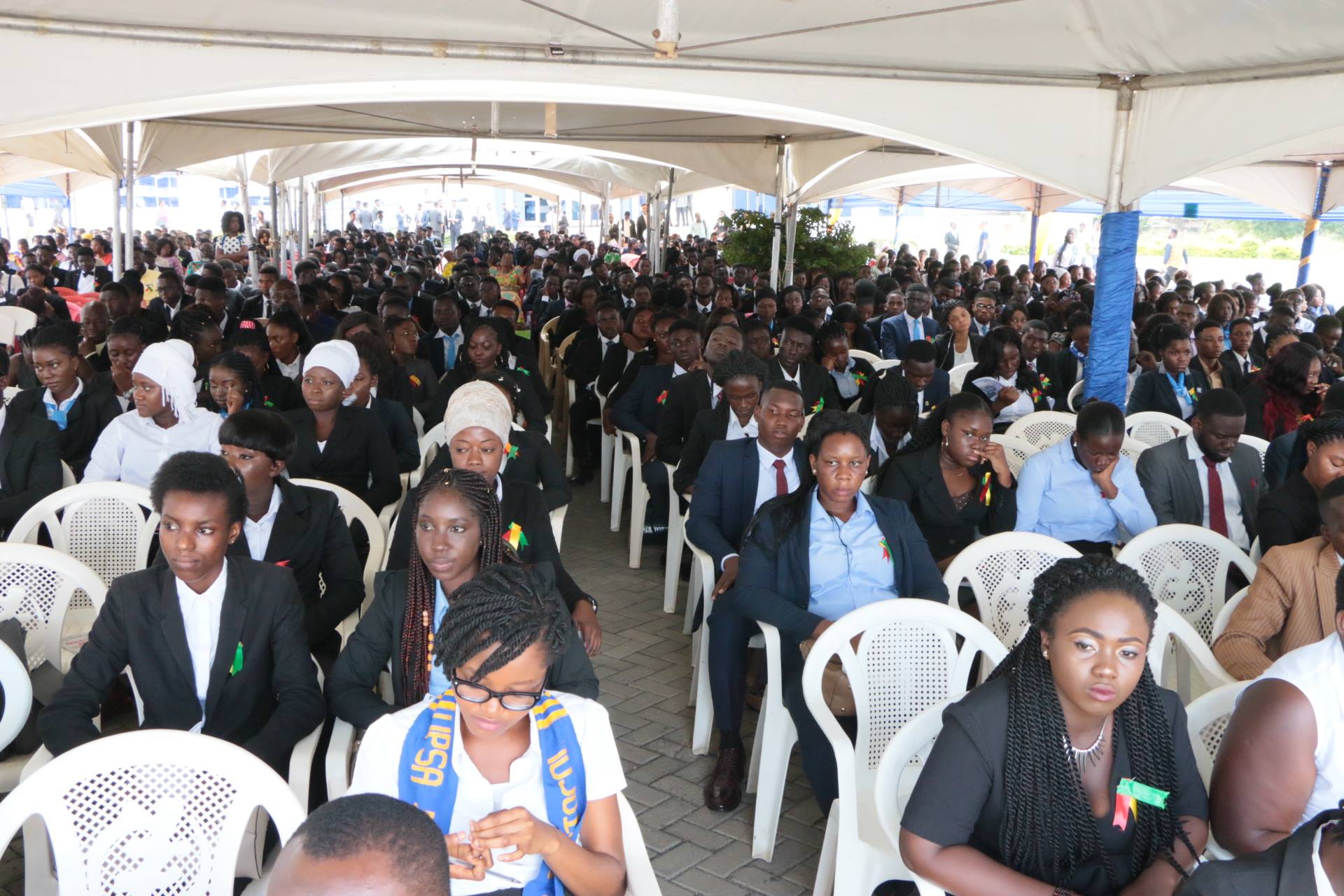 Professor Charles Barnor, the Pro Vice-Chancellor admonished and reminded matriculants of their dressing to lectures. He hinted that students will from the beginning of next semester stick to a prescribed dress code. Failure to do so Prof Barnor said could lead to a student being walked out of a lecture hall.