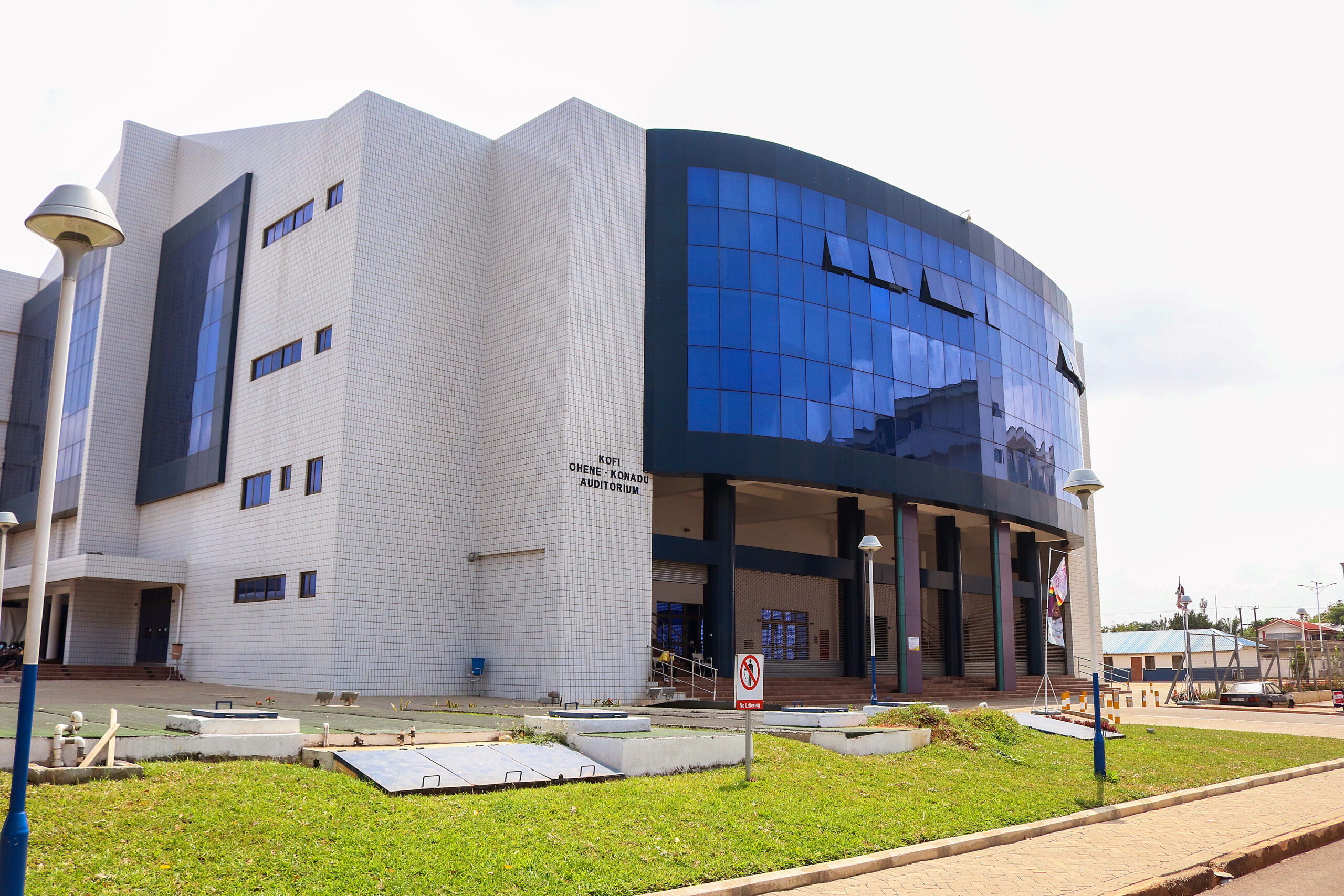 The University of Professional Studies, Accra (UPSA) has named two of its monumental structures after two distinguished personalities with lasting connections to the University.

The gesture, according to the Management of the University, is to commemorate their self-sacrificing work and immeasurable contributions to the university’s rich history.

The 3550-capacity auditorium, which was commissioned in May 2019, now bears the name of the Chairman of the Governing Council, Dr. Kofi Ohene-Konadu, while the 500-seater Astro Turf Stadium has been named after the former Director of Finance, Rev. Joseph Kweku Antwi who served the University in diverse positions for close to three decades until his retirement in 2020.

Rev. Antwi, an alumnus,  became the first Director of Finance when the institution attained full-fledged university status in 2008.

With over 28 years of service, he is touted as one of the longest-serving members of the university’s Management team.

Dr. Ohene-Konadu, on the other hand, provided sterling leadership and policy directions to the management of UPSA, and was instrumental in the University’s recent success stories, overseeing the commencement of major infrastructural developments on campus, including the construction of two students’ hostel blocks and the multipurpose twin-tower.

His tenure as Chairman of the Governing Council has also seen significant strides in student enrolment, global rankings as well as a sustained impact on society.

The facility names were unveiled at a brief ceremony led by the Vice President of the Republic, Dr. Mahamudu Bawumia, with support from the Vice-Chancellor, Prof. Abednego F. O. Amartey on Saturday, July 24, 2021.