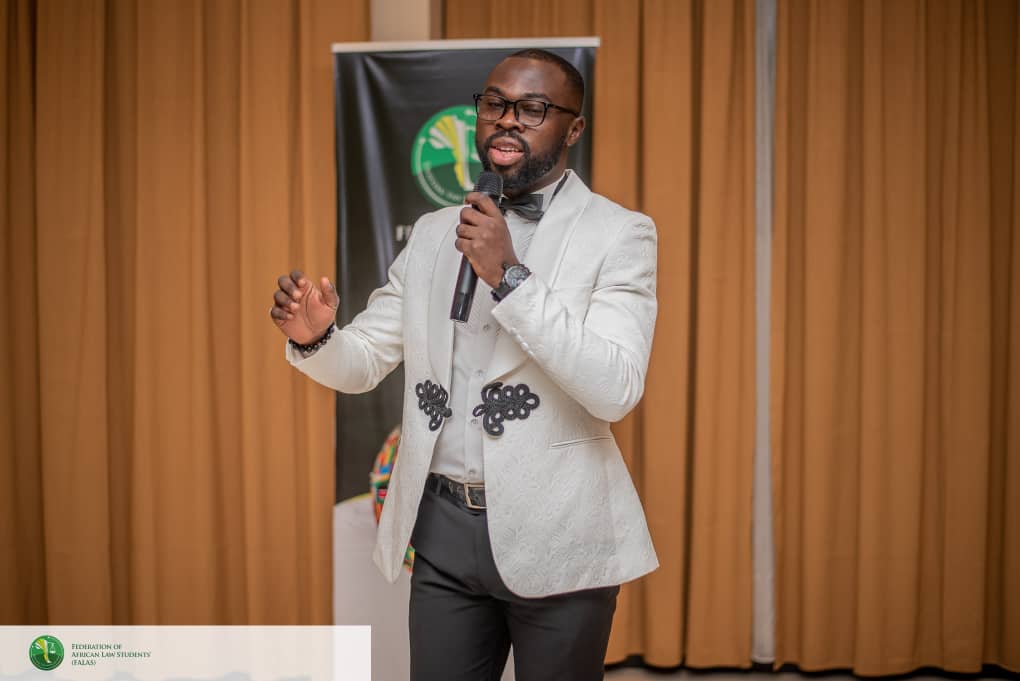 Mr. Dei won the presidential elections by pulling 58.33% of the total valid votes cast against main opposition candidates from Liberia and Sierra Leone whose votes represented 25% and 16.67% respectively ̶ according to a statement from the Federation’s Electoral Commission.

Mr. Dei’s election comes as a big win for Ghana as he joins the list of Ghanaian youths making giant strides in the international space.

He succeeds Emmanuel Nwobodo (of Nigeria) who achieved amazing things for the Federation. The Nwobodo-led administration helped galvanise law students in Africa t speak with one voice with the aim of achieving the African dream.

This is a legacy that the newly-elected executives promised to build on in order to keep the African dream alive.  The Federation of African Law Students is the unifying body of law students across the African continent.

It is an international, non-partisan and forward-looking association that is wired towards building a united Africa and a common future. It is a formidable voice that seeks to promote and protect the interest of justice, fairness, equity and equality in Africa.