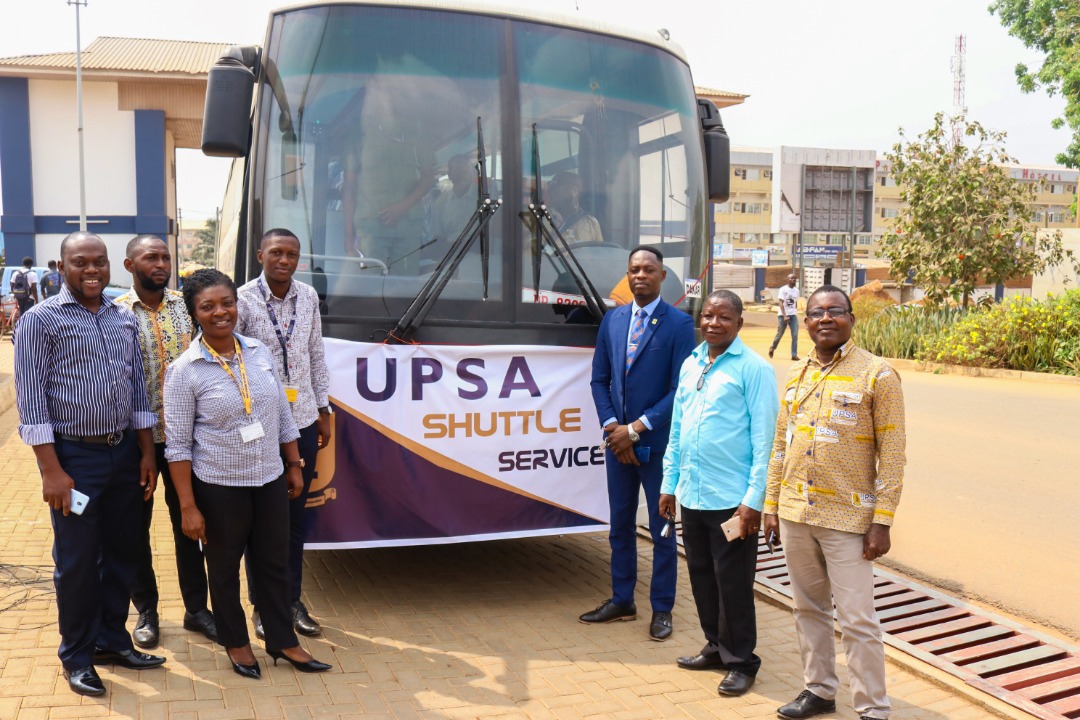 The Management of University of Professional Studies, Accra has taken delivery of a brand-new Mercedes coach for the operation of a shuttle service for the university community.

The plush bus, which arrived in December last year, was officially presented to the leadership of the two main student bodies – the Students’ Representative Council (SRC) and the Graduate Students’ Association of Ghana (GRASAG) at a short ceremony on Thursday, February 6.

“The new bus will help to improve commuting to campus by students, especially those residing in areas outside the University’s immediate environment,” the Deputy Director of Administration in charge of Transport, Mrs Lorraine Gyan, says.

She explained that her Unit will soon meet with various stakeholders and come up with modalities for the effective and efficient management of the shuttle service that will inure to the benefit of all in the university community.

After a brief inspection of the coach, some selected staff and students were taken on a test drive along some designated routes within the Madina community.

Meanwhile, some students who took to social media to express their joy, have commended the Management of the University for making the needs of students a priority. They have also praised the university’s management for taking steps to meet the transportation needs of students.

GNA to learn from the success story of UPSA