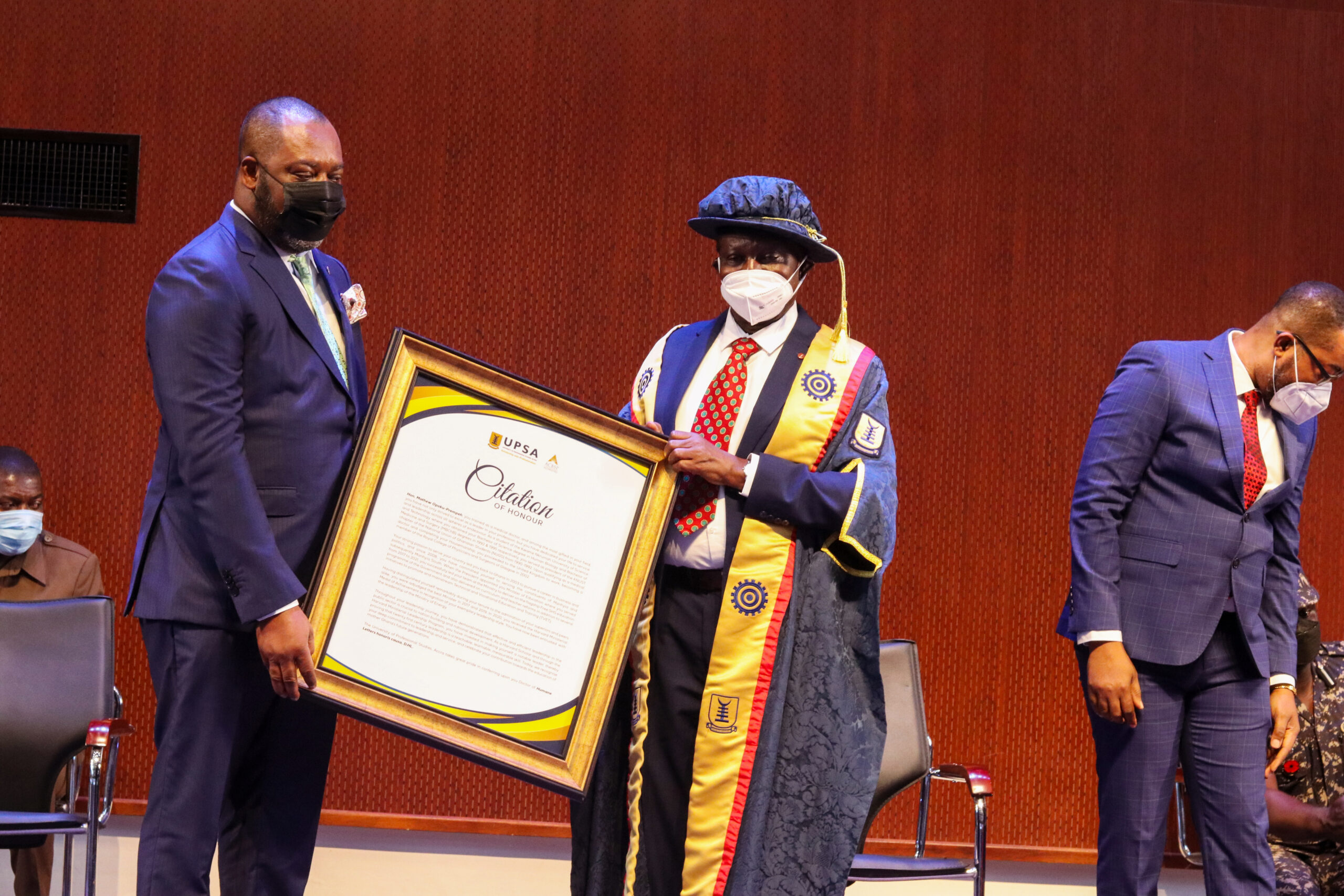 The Minister was honoured with the degree for exhibiting exceptional leadership qualities, leading to the successful implementation of Government’s flagship Free Senior High School (FSHS) policy among other things.
The event was also graced by the Vice President of the Republic of Ghana Dr. Mahamudu Bawumia and other very important dignitaries including some members of parliament and ministers of state.

In his remarks, the former Education Minister who has been an age-long friend and associate of the University of Professional Studies, Accra spoke about his excitement with receiving the honour.

“It is indeed a great honour to be receiving this award today and even a greater honour to be recognized by this prestigious University, the University of Professional Studies, Accra which has played a leading role in shaping the lives of some very prominent Ghanaians,” Dr. Opoku Prempeh said. 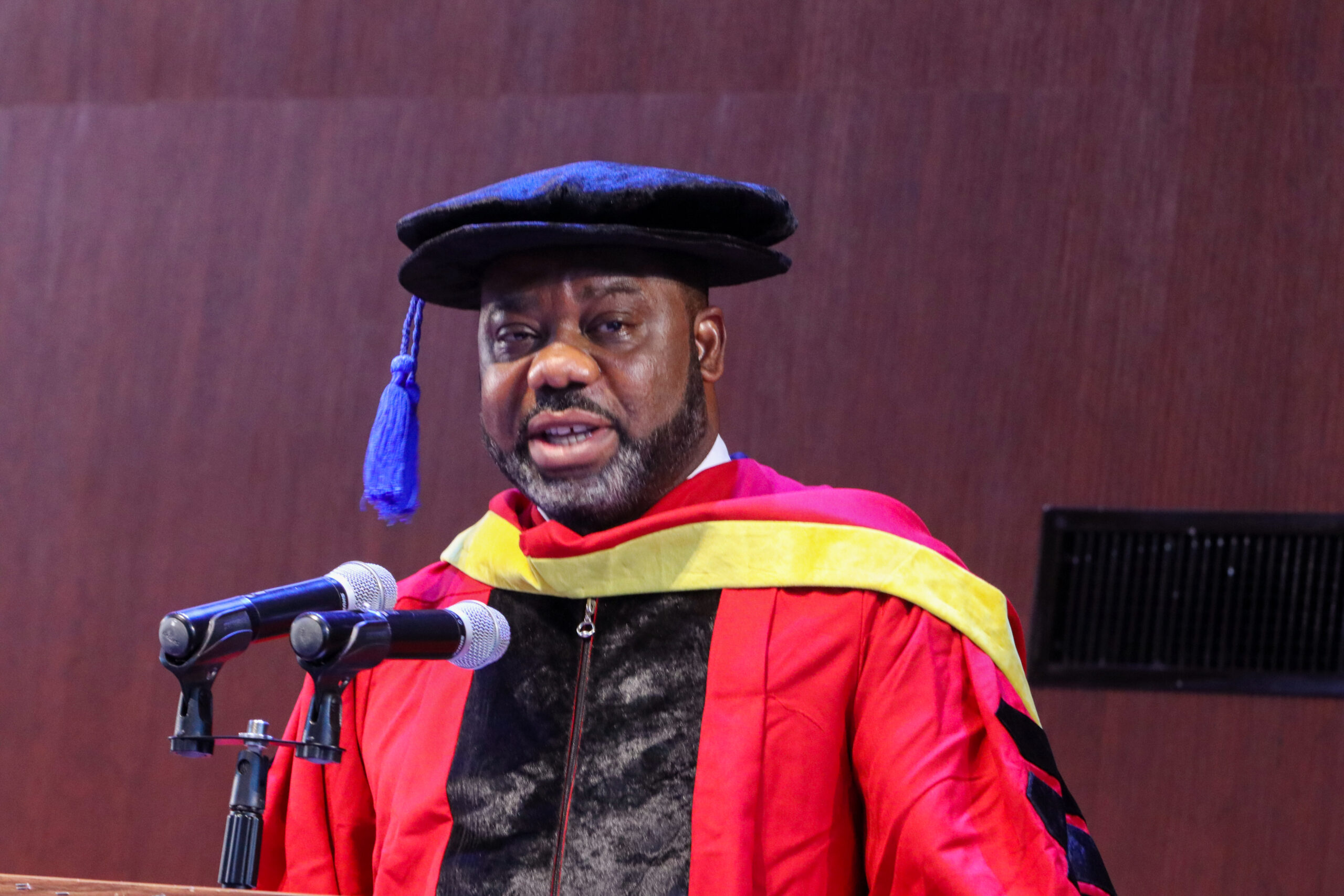 “I was very fortunate to have grown up in a household that cherished reading and education. My parents and other extended family members encouraged me to study well and explore the world through my studies. I believe that has played a huge role in me coming this far.” Dr. Mathew Opoku Prempeh said.

Dr. Prempeh also noted that the foundation of every great country is education and urged higher institutions of learning to contribute their quota to making Ghana a dream country for all.

“I am proud to have played a major role in the implementation of the Free SHS because I know for a fact, the role education has played in the transformation of the world’s leading countries,” he said.

“This is a great example for us and I hope that institutions such as UPSA will not relent in your efforts to produce top human capital for the further development of this great nation.” 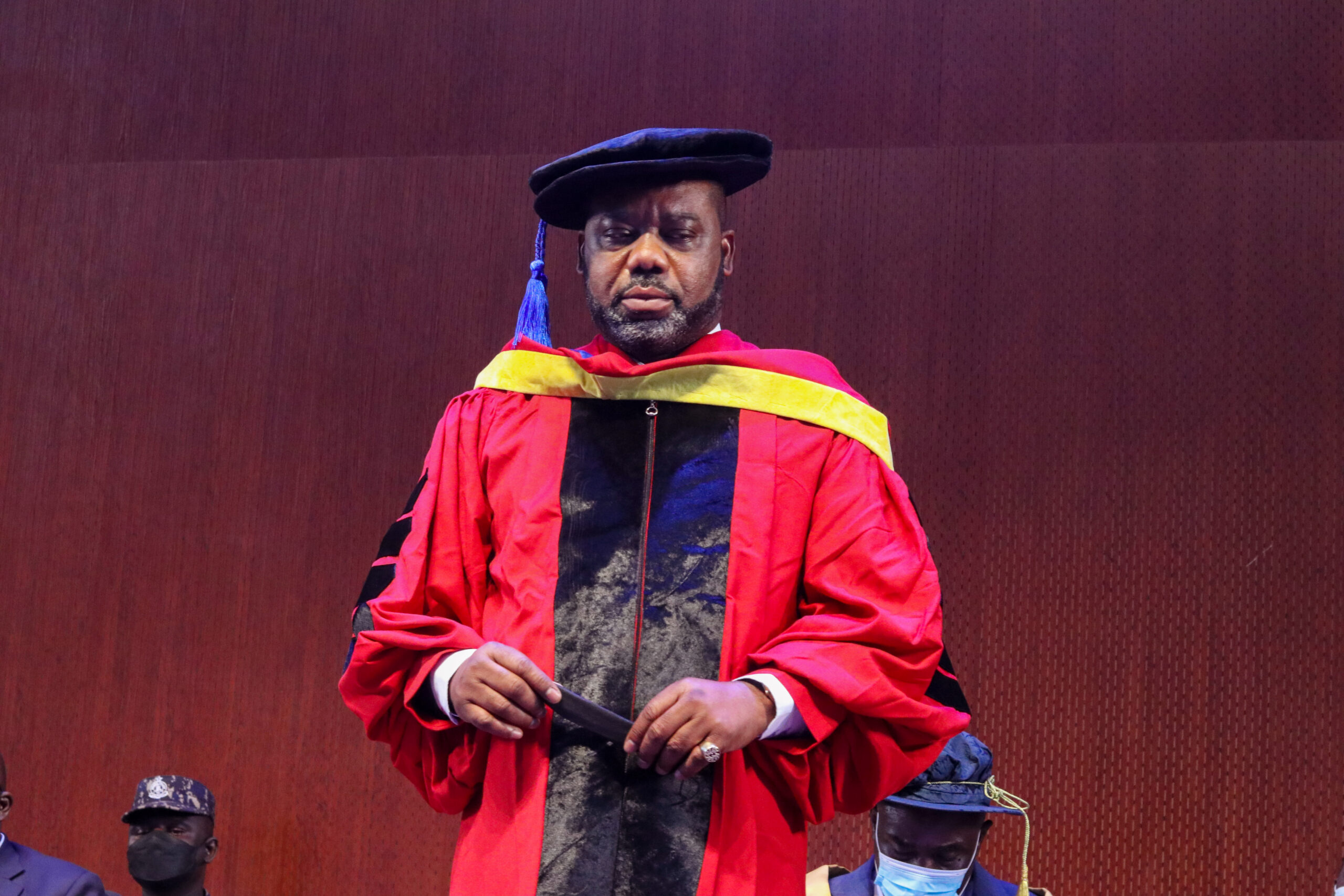 Dr. Opoku Prempeh, who is the Member of Parliament for the Manhyia South Constituency, follows in the footsteps of the Speaker of Parliament Hon. Alban Bagbin and the Majority Leader in parliament, Hon. Osei Kyei Mensah Bonsu who have both received honorary degrees from UPSA.

COP Dampare: The UPSA alumni who has risen to IGP