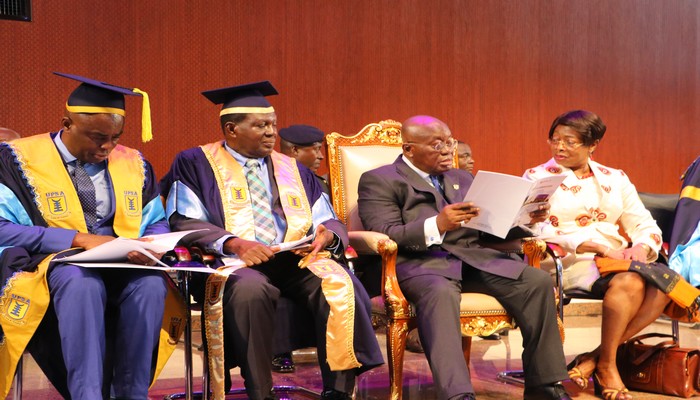 The University of Professional Studies, Accra (UPSA) has held its 1st session of the 2019 congregation ceremonies for students who have completed studies in various programmes from the Faculty of Law and that of Information Technology and Communication Studies. This is the first in a series of graduation ceremonies of the University’s  11th congregation.

The president of Ghana, Nana Addo Dankwa Akufo Addo who was the special guest of honour admonished law graduands and legal practitioners to uphold the integrity of the profession and ensure that they respect the rule of law as they carry out their legal mandate. 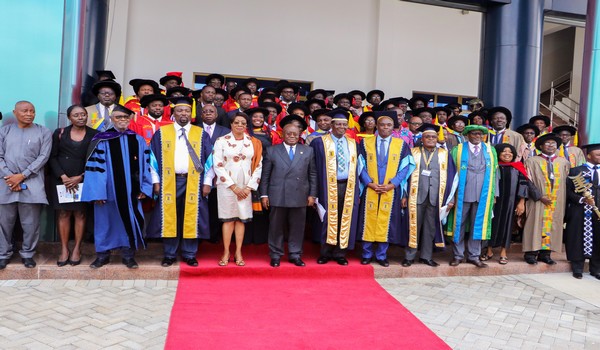 He said although lawyers played significant roles in securing independence for Ghana which served as the foundation of the rule of law, human rights and democratic accountability, they often fall short when it comes to creating and maintaining a good image for the profession. The 2019 congregation is under the theme; “Celebrating Professional and Scholarly Excellence for Accelerated Nation Building” 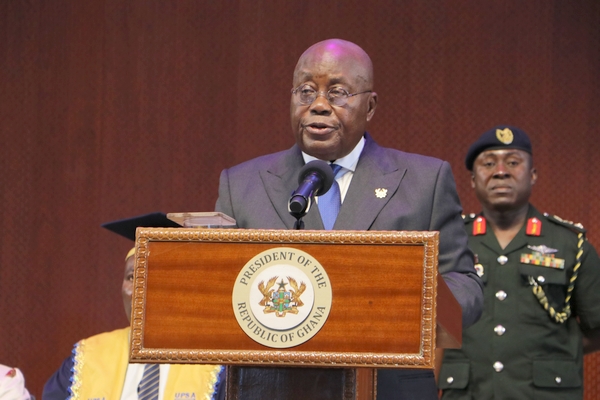 “The flimsy allegations being perpetrated that the bill will undermine academic freedom are deliberate mischief-making and disingenuous,” the President said.

He said his government remains committed to ensuring that all of Ghana’s youth gain access, not only to senior high school education, but also to tertiary education, adding that, “government is not sparing any efforts to make education in Ghana of the best quality, and fit for the needs of the 21st century.”

Vice-Chancellor of UPSA, Professor Abednego Feehi Okoe Amartey, delivering a report at the 11th congregation said the University has received accreditation to run MBA in Impact Entrepreneurship and Innovation programme in the next academic year. He also revealed accreditation processes are almost completed for the introduction of a Master of Arts in Peace, Security and Intelligence and a Master of Arts in Branding and Communication. 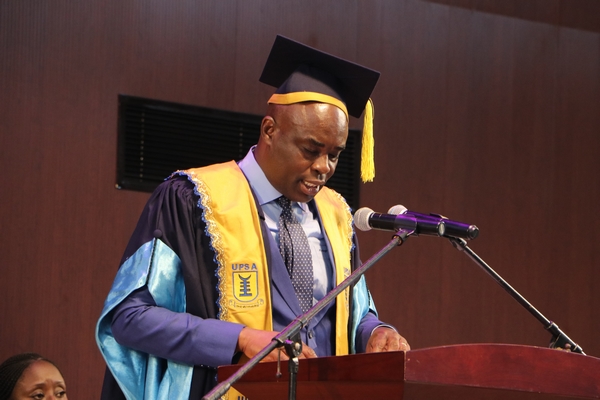 Prof Amartey further said the University’s continuous investment in infrastructural projects was aimed at creating a congenial atmosphere for teaching, learning and research. Adding that the institution will in the coming weeks commence the construction of an AstroTurf football pitch with a 500 seating capacity, two ten-storey multipurpose block and two new hostel blocks to accommodate the growing student population.

The VC said although most of these projects are being funded by the University through its IGF, he was calling on the government to assist.

Prof Amartey also revealed that UPSA in contributing to the success of the free SHS scheme introduced by the President, will from July this year begin free remedial classes for Senior High School students living around the University’s community as part of its community action initiative.

The Chairman of the University Council, Dr Kofi Ohene-Konadu, in his closing remarks to the congregation said: “the management of the University remains committed to improving upon the quality of research, teaching and learning. The Council in collaboration with management will endeavour to make UPSA a world-class university. “ 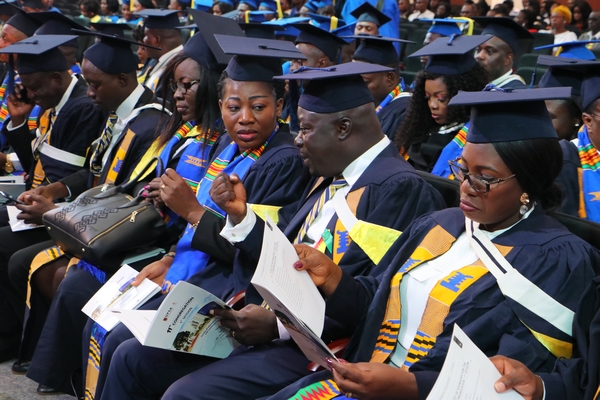 In all 326 students graduated from the first session of the 11th congregation. Out of this total, the Faculty of Law presented 45 students, 12 of whom obtained Second Class Upper, 14 Second Class Lower, 16 Third Class and 3 Passes. 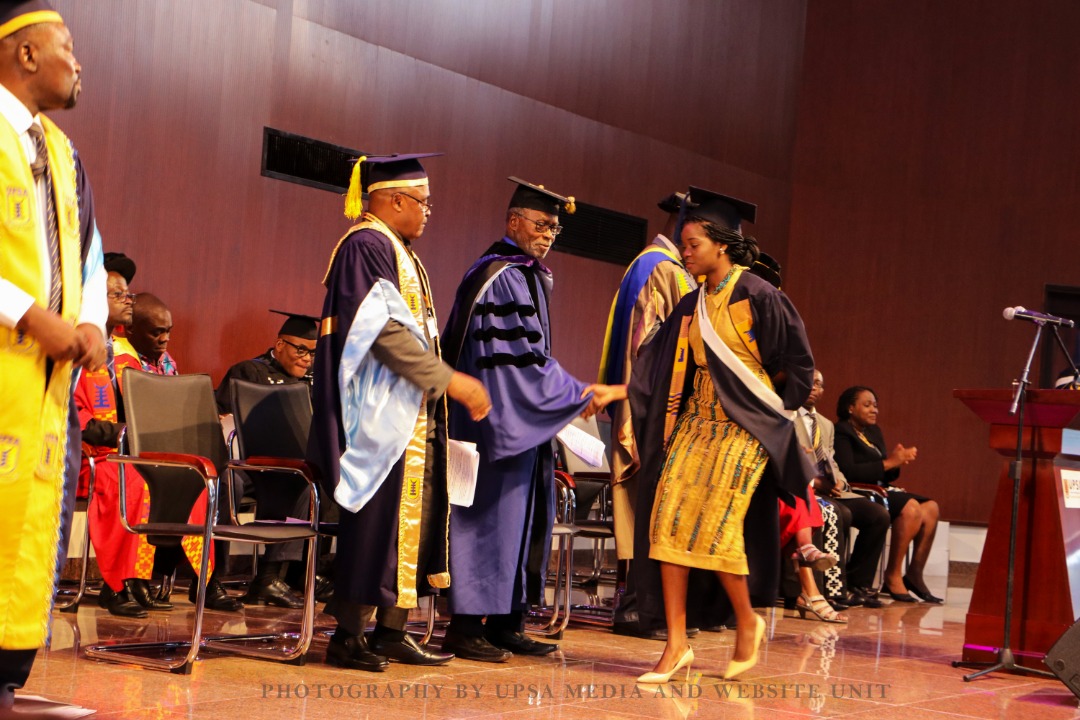 The Faculty of Information Technology and Communication Studies on its part presented a total of 281 students comprising 92 undergraduates and 189 diploma students. For the undergraduate level, 5 obtained First Class, 32 Second Class Upper, 36 Second Class Lower, 16 Third Class and 3 Passes. Seven (7) of the diplomates attained Distinction, while 105 obtained credit with 77 Passes. 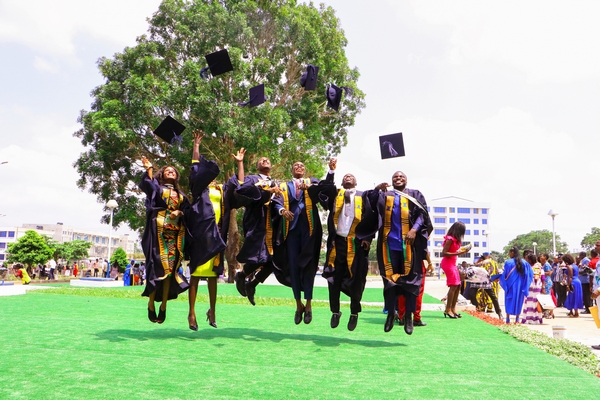