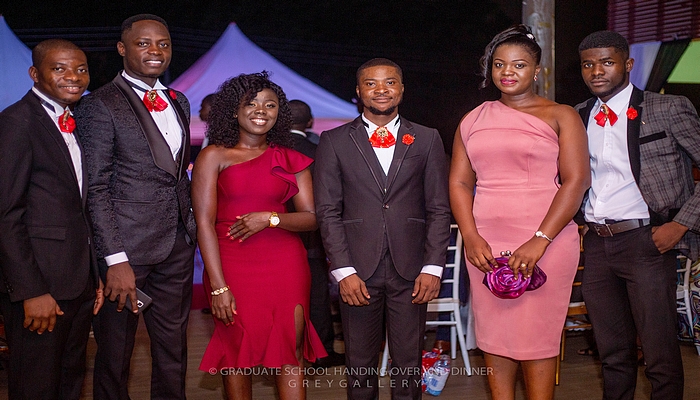 The University of Professional Studies, Accra’s chapter of the Graduate Students Association, Ghana (GRASAG-UPSA) has welcomed its newly elected executives into office. The new leadership is led by Sidney Quartey, the president and Nasir Egyin as the Vice-President. The two together with other executives will steer the affairs of the association for the next 2019/2020 academic year.

The brief but colourful ceremony occurred Saturday, 15th June 2019, in a climax of this year’s practitioners’ forum (Corporate Dinner) organized for final year students of the School of Graduate Studies.

The new president, Sidney Quartey, who also served as SRC president of the University in 2016, in his acceptance speech expressed his profound gratitude to the graduate students for their confidence in his team and pledged of their support to the management of the University to making it one of the best across the globe. 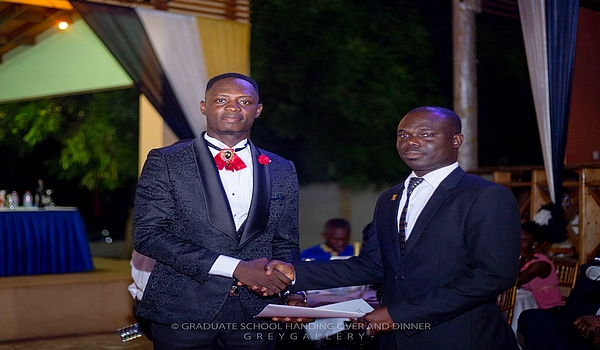 “We understand what responsibility this means and the demands that come with it and we would give our best to make our experience here in this university one of a global standard. Thankfully, we are privileged to be working with a management team that is already committed to this vision,” he said.

Earlier on, a Senate meeting chaired by the outgoing President, Mr Twumasi Kwame Gyamfi was held and the state of the association presented to the house. After some meaningful deliberations on other key matters and reports from various committees, The President called for the annulment of the Senate to make way for the new one. 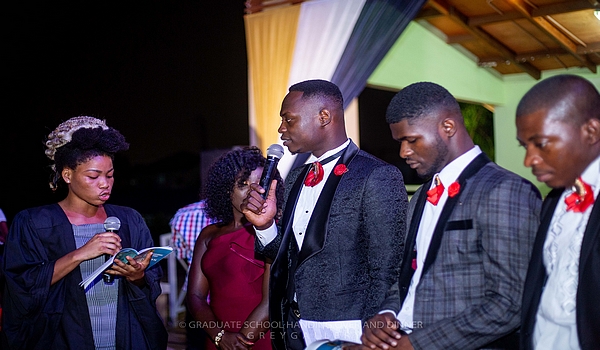 The corporate dinner/handing over ceremony was graced by the Vice-Chancellor, Professor Abednego Feehi Okoe Amartey; Pro-VC, Professor Charles Barnor; the Dean of Graduate School, Dr Kwaku Mawutor as well as some members of management and staff.