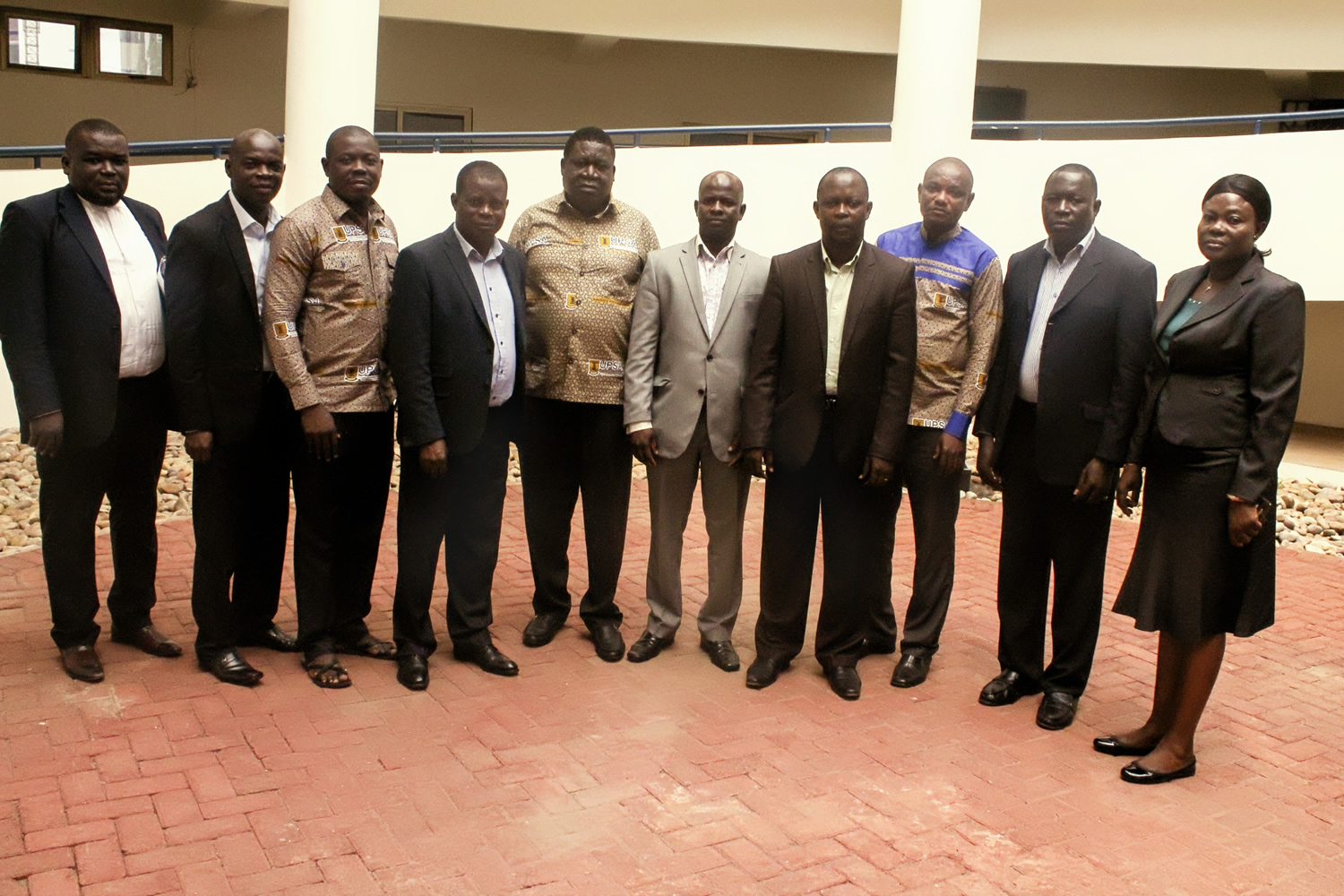 The Ghana Association of University Administrators (GAUA) UPSA Chapter has been presented with a progress report on the state of the Association at a hand over ceremony to formally usher the newly-elected executives into office.

Mr. John S.K Agbenyo, the incoming President who received the report from the out-going executives lauded his predecessors for making good their stewardship. The report included among other documents for an acquired parcel of land and the Association’s financial statement.

The out-going executives under the leadership of Mr. Thomas Atuam, the Audit Director at UPSA were instrumental in acquiring some 500 plots of land at Oyibi in the Greater Accra Region for members of GAUA. “The parcel land has been fully paid for,” Mr. Atuam emphasized.

Outlining his vision for the Association, Mr. Agbenyo said, he would rebrand the GAUA UPSA Chapter and partner with a credible real estate company to add value to the land by developing it for members who acquired plots.  He also stated his intention to revamp the Association’s welfare committee for the benefit of all members in their time of need.

The in-coming President also gave the assurance of his team’s readiness to work diligently to ensure that they fulfill their vision during their tenure of office. “We will not let you down,” he said.

Background of GAUA UPSA Chapter
The GAUA UPSA Chapter was first inaugurated in 2014, with the aim of promoting the advancement of higher education in Ghana, and the professional development and welfare of its members.   The Association is made up of senior administrative and professional staff of public universities in Ghana, including auditors, accountants, directors of finance, registrars, architects, quantity surveyors, engineers, pharmacists, lawyers, medical doctors, among others.