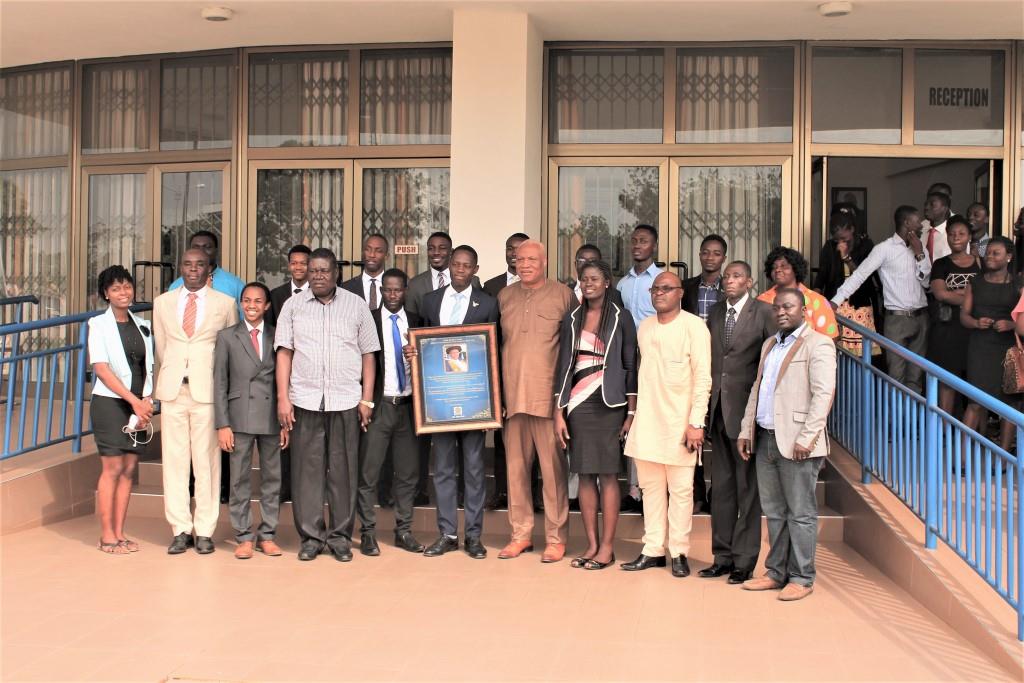 The Student Representative Council, (SRC) of the University of Professional Studies, Accra (UPSA) has held a ceremony to celebrate and honour the fourth anniversary of the Vice-Chancellor, Prof. Joshua Alabi.  The SRC President, Mr. Sydney Quartey in his address mentioned that the students are cognizant of his efforts and hard work and therefore would like to express their gratitude. “We are envied by many because of your hard work.  On your fourth anniversary as Vice-Chancellor, we want to honour and celebrate you, and also tell you how much we love you,” he said.

In his response, the Vice-Chancellor expressed his gratitude to the student body and stated that he really cherishes the recognition and honour because it is from his own students.

He was grateful to the entire student body for their support during his tenure. “We met an environment that was not conducive so we didn’t have respect, we therefore needed support so we asked students to contribute and they did,” he stated.

Prof. Alabi mentioned that one has to exhibit bravery as a leader in order to confront challenges for solutions.  He recounted that, during his tenure as Regional Minister of the Northern Region, he had to take certain critical decisions to achieve great feats.  “We have managed the University in the same manner — transforming it from an Institute into a great University.”

Receiving a citation from the SRC, he expressed profound gratitude and admonished the students to be brave, strategic thinkers, and God–fearing.

The Management team comprising the Pro-Vice-Chancellor, Prof. Abednego Okoe Amartey, the Registrar, Dr. Mohammed Seidu Mustapha and the Director of Finance, Rev. Joseph  Antwi, applauded the Vice-Chancellor for his excellent leadership qualities, and noted that, it has been a great delight working under him.