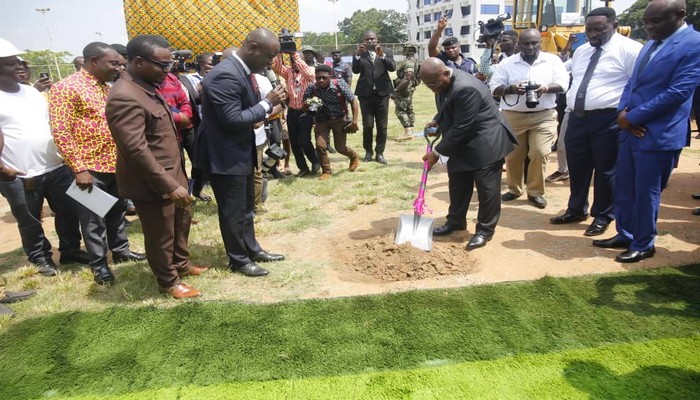 The President, His Excellency, Nana Addo Dankwa Akufo Addo has cut sod for the construction of a state-of-the-art artificial park facility for the University of Professional Studies (UPSA) in Accra.

Addressing a brief durbar to commence work on the AstroTurf park project, the President averred that government is committed to sports development hence, is prepared to collaborate with the private sector to ensure that. The facility is being constructed by Wembley Sports Construction Company Limited with funding from the university. 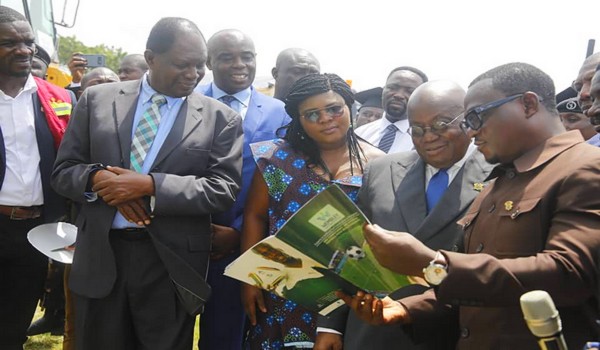 President Akufo Addo also stressed the need for people around the campus and its environs to continue believing in his government because his administration would surely honour all its promises, which sports development is a priority. 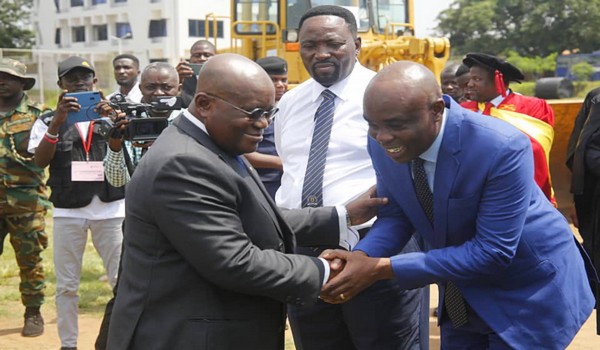 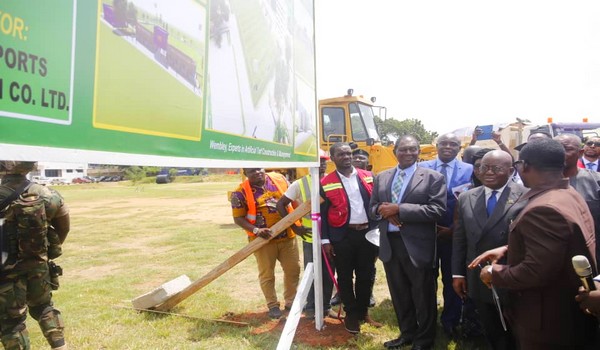 According to him, Wembley is facing some challenges such as blocking of roads when people are having funerals and non-availability of playgrounds but indicated that the problems would be over as he was in talks with chiefs, landowners and traditional leaders to help make land available for the project.

He also appealed to corporate organizations and individuals, members of Parliament, Municipal and District Assemblies to come on board for the execution of the project “One Constituency, One artificial Football park” as the realization of such a project would help unearth football talents, protect players from career-threatening injuries, curtail juvenal delinquency since the youth would find a common and accessible playground. 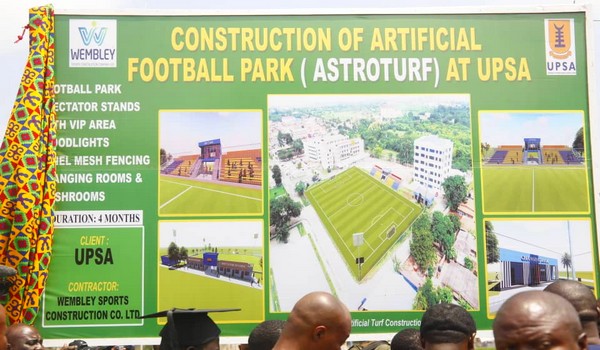