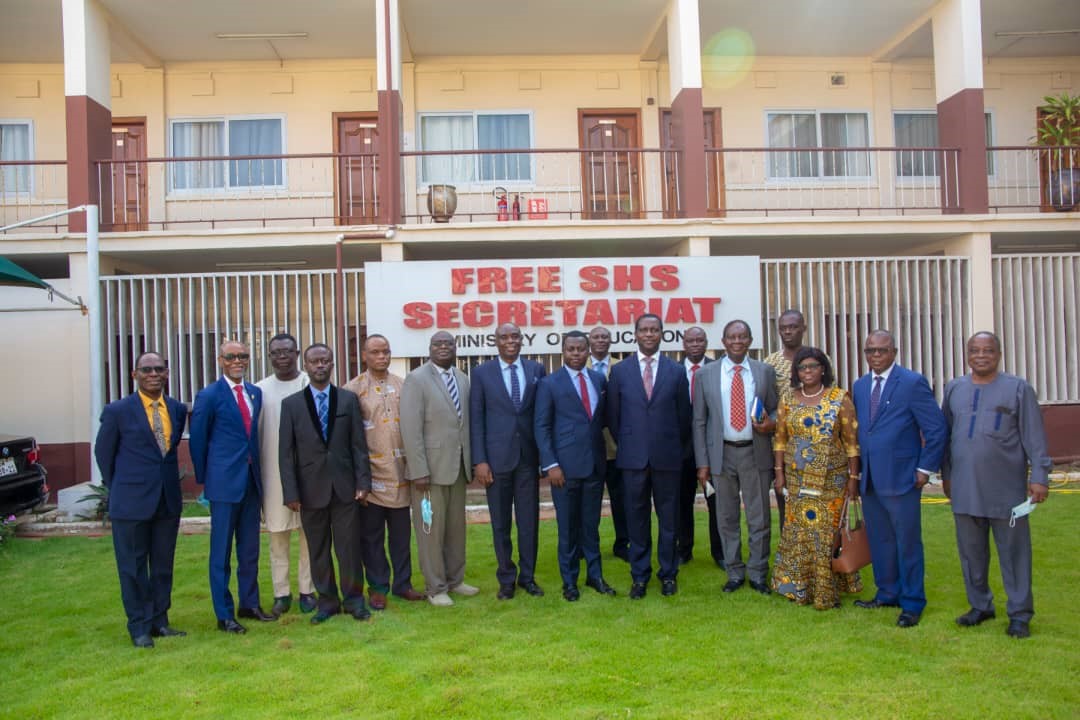 Accra – The newly-reconstituted Governing Council of the University of Professional Studies, Accra, has been inaugurated.

The Council, appointed by the President of the Republic in consultation with the Council of State, was sworn in on July 21, 2021, by the Minister of Education, Honourable Yaw Osei Adutwum.

At a swearing-in ceremony, the Minister of Education charged members to ensure that graduates of the university are “ﬁt for purpose.” He said the Council must endeavour to steer UPSA to attain the optimal value addition to students, equipping them with the requisite, relevant soft skills to mould them into better individuals than they were on enrollment.

The Honourable Minister applauded UPSA for its community service to the La Nkwantanang 7 & 8 Basic Schools, and urged the Council to work diligently to create even more opportunities for needy but brilliant students in its locality to ensure that these students beneﬁt from the high quality higher education provided by the university.

In his response, Chairman of the Governing Council, Dr. Koﬁ Ohene-Konadu thanked the Minister and expressed his graduate for another opportunity to serve in that capacity and reiterated their commitment to deliver on its mandate and move the university to the next level.