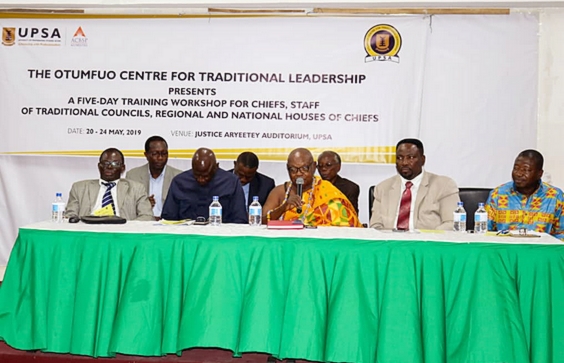 Over 50 paramount and divisional chiefs, queen mothers and national houses of chiefs attended the Workshop, the seventh to be organized by the OCTL since its establishment in 2015.

In a speech read on his behalf at the opening ceremony, Professor Abednego Okoe Amartey, the Vice- Chancellor of UPSA said the role of chiefs and traditional leaders were pivotal and hence the significance of the workshop. He urged all participants to acquire knowledge as they could play the role of agents of change and development in the Ghanaian society. 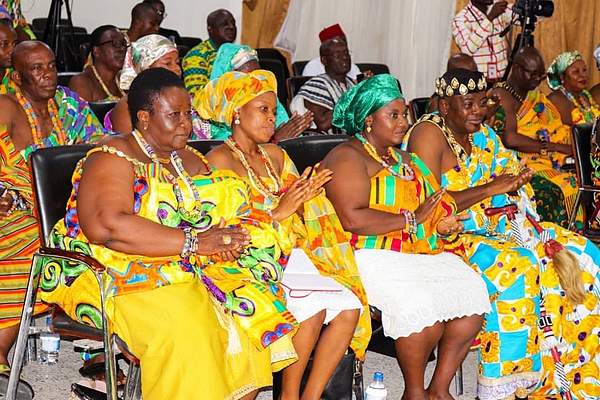 Prof Amartey said the University was of the hope that participants of the training workshop would not limit the use of the knowledge gained in their jurisdictions but spread the good news for the benefit of other chiefs and traditional leaders.

The Minister of Local Government and Rural Development, Hajia Alima Mahama, in a speech read on her behalf said, the appointment of Metropolitan, Municipal and District Chief Executives (MMDCs) over the years, had been identified as a major gap in the governance process. 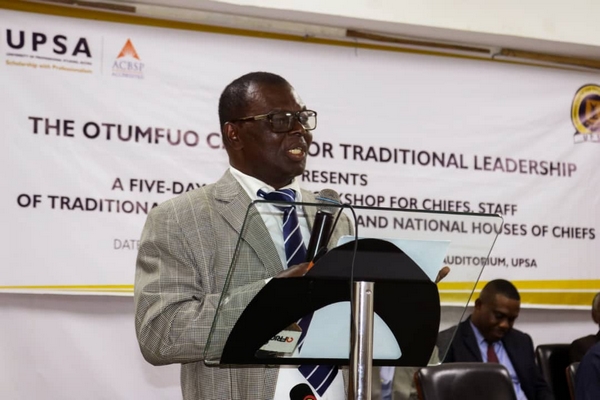 She said it was as a result of this that the government and other stakeholders had deemed the election of MMDCEs as imperative in addressing this challenge, and that, government had developed a national roadmap to ensure that MMDCEs were elected by 2021.

“Government has undertaken nationwide consultation, sensitization and awareness across all the regions of Ghana on the subject,” she said.

Mrs Mahama called on traditional leaders to support the election of MMDCE on political affiliation and assist in educating their subjects in this regard to ensure its success.

She also urged citizens to put themselves up for the various positions to be elected.

“I will particularly advise women, Persons living With Disability and the youth to put themselves up for Assembly and Unit Committee elections,” she said. 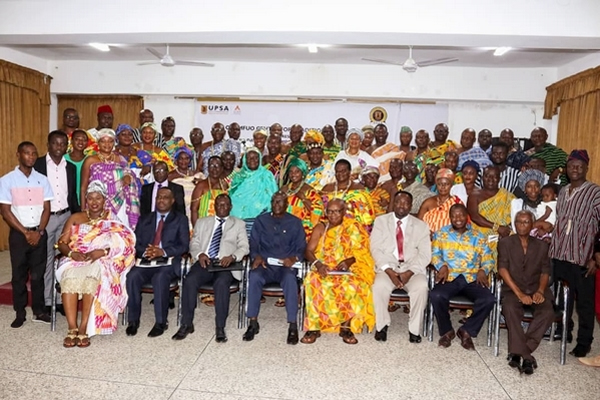 Director of the Drolor Centre for Strategic Leadership, Dr Gerald Dapaah Gyamfi, with oversight responsibility for OCTL, UPSA, said it was vital that traditional leaders were empowered, especially, at a time lands and chieftaincy disputes were on the ascendency.

He said the Centre had since its establishment, provided the platform for institutionalized training programme to be made available for traditional leaders, to enhance their capacity to lead and manage their resources effectively and sustainably.

Out of 50 participants, Hon. John Peter Amewu, the Energy Minister sponsored three chiefs and 10 queen mothers from the Gbi Traditional Area in the Volta Region.

Dr. Gerald Dapaah Gyamfi, therefore, commended the Energy Minister for this kind gesture and encouraged all parliamentarians to emulate the Minister and sponsor their traditional leaders for future Workshop.

In a speech read on behalf of the Minister for Chieftaincy and Religious Affairs, Samuel Kofi Ahiave Dzamesi, encouraged participants to make good use of every knowledge obtained from the workshop.

“I trust and believe you will put into practice all that you have learnt so that society will see the good courses offered at the OCTL. Chiefs we all know play very important roles in local and traditional governance and are a force to reckon with. The new roles assigned to you demand some form of training, hence the need for this workshop to acquire basic knowledge in land administration, financial management, records keeping, conflict resolution, alternative methods in resolving conflicts among others.

At the end of the Workshop, the Centre awarded Diploma in Chieftaincy Studies in Leadership and Management to Chiefs who had completed courses during three consecutive Workshops as well as Certificates of Participation to other participants.

As an act of recognition and appreciation, the diploma graduating class of 2019 presented a citation in honour of Lepowura M.N.D Jawula, former Director of the Centre and thanked the Centre for coming up with such a useful initiative for traditional leaders.