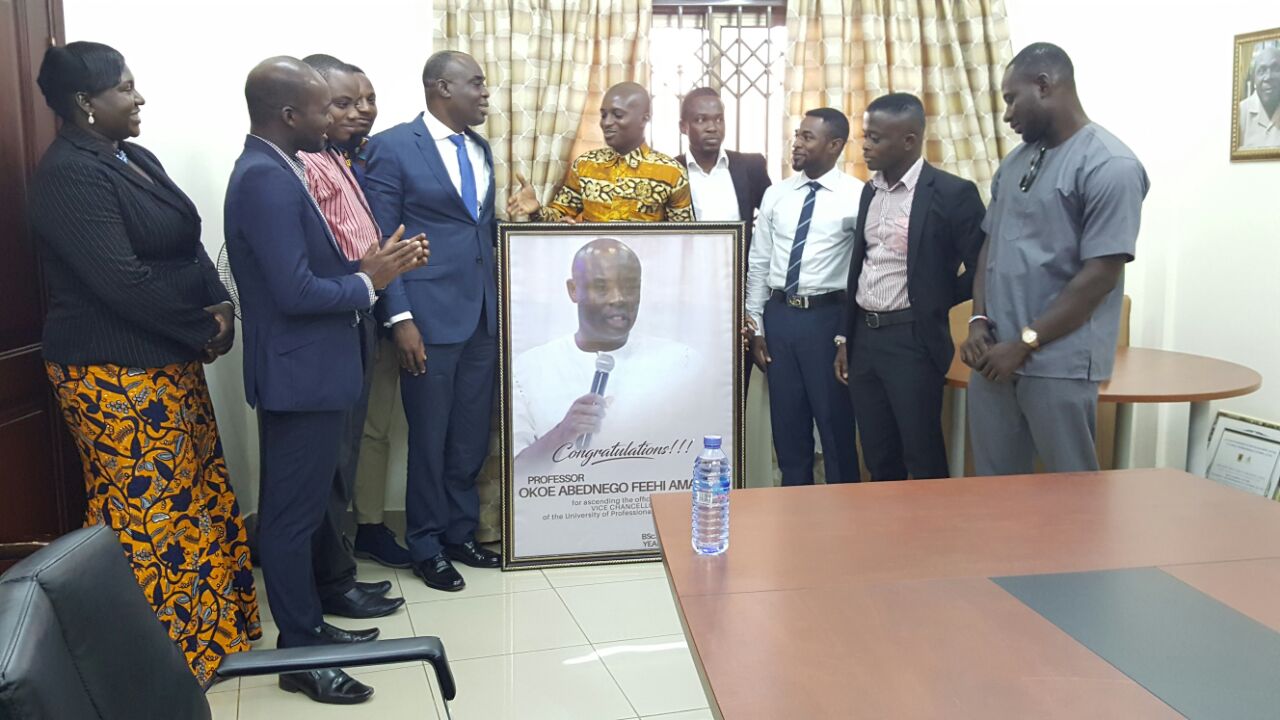 Past students of UPSA have congratulated the new Vice-Chancellor of the University, pledging their loyalty and support. The old students made the commitment when they called on the VC Professor Abednego Okoe Feehi Amartey in his office on Thursday.

In a short ceremony on Thursday, the 2013 president of the Bachelor of Science in Marketing Students Association (BaMSA,) Emmanuel Cobbinah-Arthur said as old students,  they were dedicated to serving and to  help build the University and the country.

Mr. Cobbinah-Arthur added that the group were honoured to have him as their lecturer in the past and now their Vice-Chancellor. “The IA’s, the lessons, the jokes, the laughter, the reprimands, all of it. Oh! It’s a mixed feeling. As a lecturer, as an HOD, as a leader and now the VC of our university, the memories are bittersweet” he noted. The group told the VC they had not returned to the school as “beggars” but as responsible citizens shaped by scholarship and professionalism they received from UPSA.

Professor Abednego Okoe Feehi Amartey was full of admiration for the old students. He said “I am excited that all of you are working” and the fact that you have returned to visit is “enough evidence that you love UPSA”. Professor Okoe Amartey said one of the goals of the University is to “reach a limit where 90% of their faculty are products of UPSA”.

The alumni presented a citation in honour of Professor Okoe Amartey’s elevation as the VC of the University.