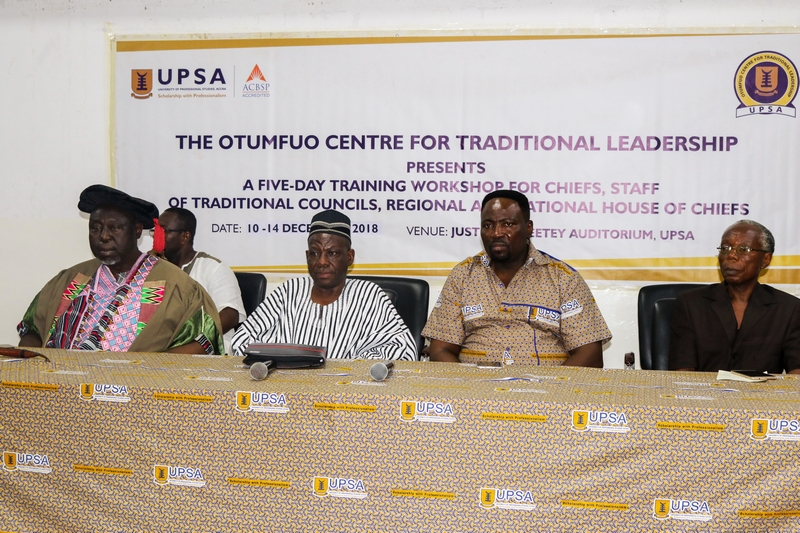 The Otumfuo Centre for Traditional Leadership (OCTL), a Centre of the University has organized yet another insightful training workshop to equip chiefs and staff of the Traditional Council, Regional and National House of Chiefs with leadership skills to help them govern effectively and ultimately bring about sustainable development in their jurisdictions.

More than 50 traditional leaders partook in rigorous training amongst which a number of them graduated with diploma certificates after they had met the requirements of their programmes.

The five-day event which climaxed the Centre’s activities of the year was peaked with a colourful closing ceremony on Friday, December 14, 2018, chaired by the Pro-Vice-Chancellor of the University, Professor Charles Barnor.

Opening the event, the Chairman in acknowledging the importance of culture in Ghana noted the contrast between Ghanaians and the people of some western countries. “What defines us as people are the institutions that we have put in place and the forces of those institutions regulate our behaviour as people in the country. Ghana is proud to have the chieftaincy as an institution that regulates behaviour of Ghanaians,” he said.

Director of OCTL, Lepowura M.N.D. Jawula who also spoke during the event indicated that as influential as the Traditional Council is as an institution in Ghana, they must be up-to-date of the events of modern society which is based on knowledge which they have acquired through their training in various ways. Some of the courses he mentioned the participants studied include Land Administration, Book Keeping and Accounts and Leadership. 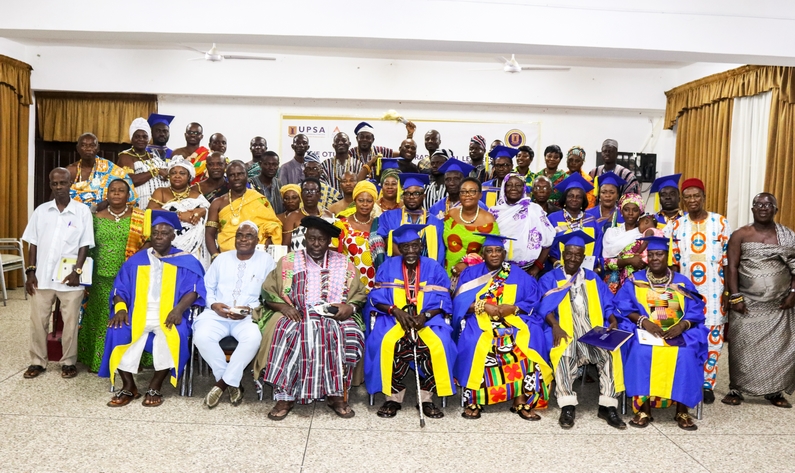 Chief Director at the Ministry of Local Government and Rural Development, Mr C. K. Dondieu, commended His Royal Majesty Otumfuo Osei Tutu II for his foresight in establishing the OCTL to run leadership and management programmes relevant to the Traditional Council.

He further noted that although the Constitution of Ghana has limited their power in the country, citizens know their worth as change-makers in society. “Even though the 1992 Constitution, as well as other legislation on Local Government,  give traditional authorities minimal responsibilities in the decision-making process, every Ghanaian knows the importance of traditional authorities as agents of mobilization and social change in our communities,” he stated.

The Director concluded by congratulating the participants for successfully completing their programmes and urged them to inform more people of the experience they had from the Centre over the four-day period.

To close the event, some members of the graduating class were offered the opportunity to express themselves and they voiced out their joy for their experiences and promised to make good use of the knowledge they have acquired for the betterment of their communities and Ghana as a whole since Traditional Leaders are all over the country. As a kind gesture, the diploma graduating class of December 2018 donated three wall clocks to the Centre.