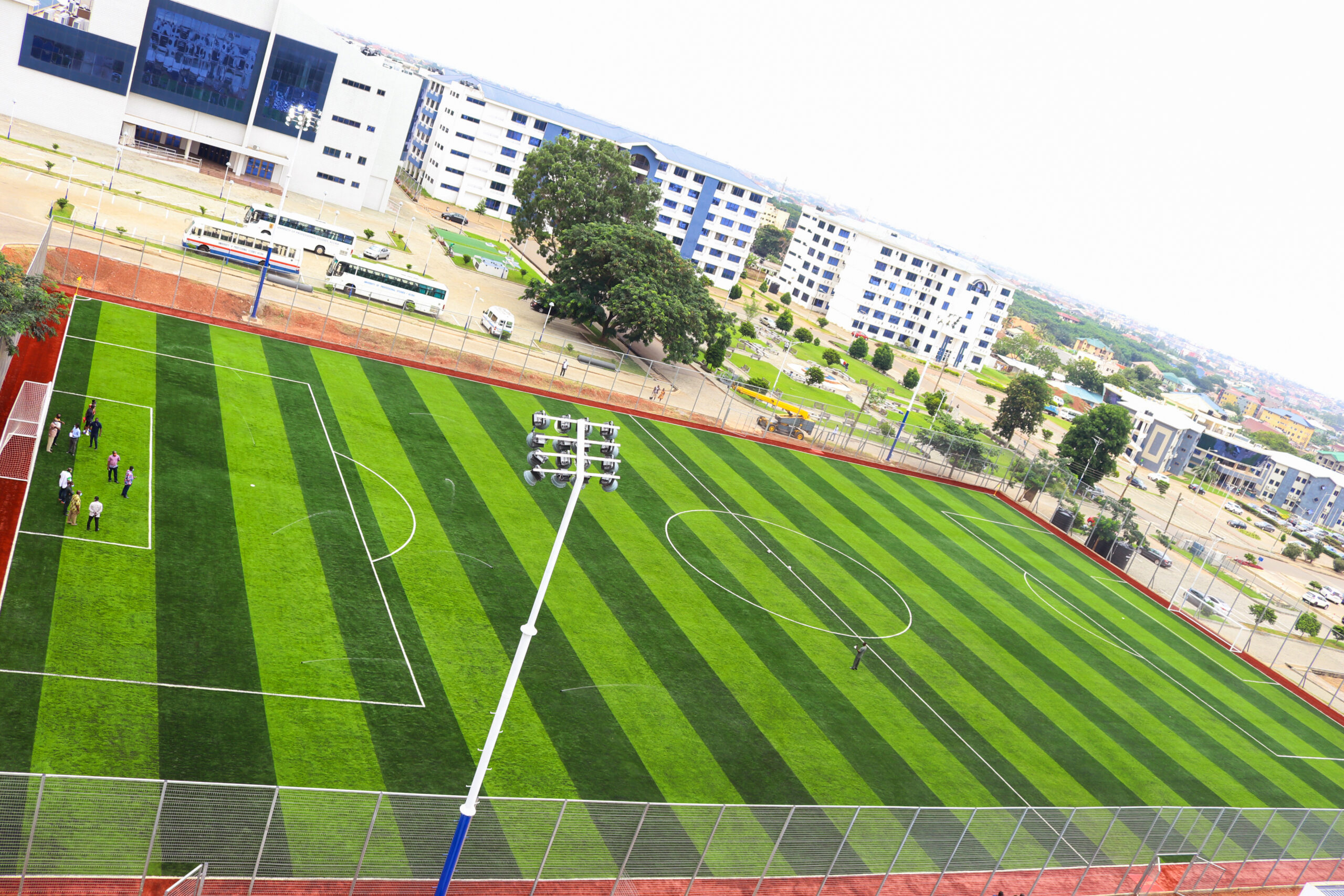 The Director-General of the National Sports Authority (NSA), Professor Peter Twumasi has visited the newly commissioned 500-seat Astroturf Stadium of the University of Professional Studies, Accra.

The visit to the facility on Wednesday, October 7, forms part of efforts by the NSA to assess the readiness of sports infrastructure within the Greater Accra Region for the upcoming Ghana Premier League, of which UPSA has been selected as one of the venues.

The Astroturf Stadium is expected to host some of the NSA’s defined Category B and C matches of the upcoming divisional and juvenile competitions.

Accompanying the NSA boss on the tour was Mr. Robert Gyekye-Darko, deputy director of the Business Development Centre of the University.

Prof. Twumasi, after the inspection, expressed his utmost satisfaction and delight with the ultra-modern facility and commended the Management of the University for their commitment to the development and promotion of sports in the country.

The Vice-Chancellor of UPSA, Professor Abednego Feehi Okoe Amartey, welcomed Government’s move to relocate some of the matches from the large National Stadiums to the recently constructed and smaller grounds across the country.

He reiterated his pledge to support the development of football and other sports in Ghana by offering access to the UPSA stadium and adjoining multipurpose courts.

The 500-seat capacity fenced stadium comprises an artificial football pitch, spectator stands including a VIP seating area, changing rooms, washroom facilities, storage space and floodlighting. It also has offices for the Sports Directorate of the University.