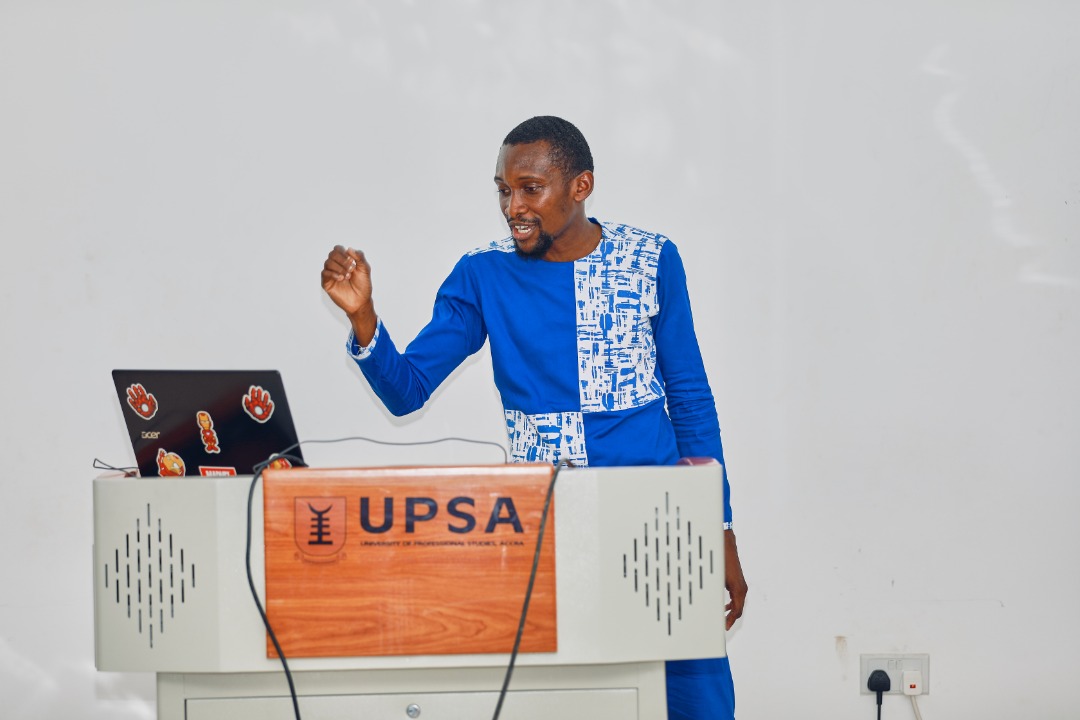 Communications Specialist and alumnus of UPSA, Mr Jibril Salifu has called on government to reignite the brand Ghana agenda which sought to attract more direct foreign investments (FDI) and tourists into the country.

He said the call for rebranding the nation has become a ‘necessity’ and even relevant today as Ghana strives to recover from the current economic downturn as a result of the deadly Coronavirus pandemic. The global pandemic has had adverse effects on most economies around the world and Ghana is no exception.

Mr Salifu, who also works with the Commonwealth Games Federation, made these remarks during a recent lecture organised for students of the Master of Arts in Brands and Communications Management class. The lecture was dubbed ‘Time with the Professional’.

He also added that the hospitality industry is the biggest beneficiary when tourism is rife.

Mr Jibril Salifu, further introduced the class to the concept of nation branding, the rationale behind it, and why nations engage in it. Drawing a comparison between the ‘Brand Ghana’ initiative and other similar projects in South Africa and Rwanda, he noted that it was high time the country made stringent efforts toward creating a compelling image for herself.

He recalled that the Brand Ghana Office, which was set up in 2009 under the Office of the President to achieve the above objective, was, however, abandoned after the demise of the late former president Professor John Evans Atta Mills. Mr Salifu argued that it was time the project was revisited.

He also drew a comparative analysis between nation brands and product brands. According to him, the parameters for such analysis include the type of customers, expectations from the brand, communication strategy, pricing strategy, positioning strategy of the entity in question- be it a nation or an organisation.

Perhaps, the icing on the cake was when the astute speaker exposed students to some well-known metrics for measuring national brands. Some of these metrics he said included Anholt-GfK Nation Branding Index, Country Brand Strength Index (CSBI).

He, however, reiterated that there was no singularly accepted metric in assessing a nation’s branding progress since all other metrics have peculiar parameters it measures – be it value system, quality of life, business potentials, heritage and culture or tourism.

At the end, the visibly excited students had the opportunity to ask more questions which Mr Salifu took time to answer with finesse.

The Programme’s Coordinator, Mr Ibn Kailan Abdul-Hamid thanked the guest for his huge depth of knowledge on the subject and smooth delivery.

The ‘Time with the Professional’ initiative is part of efforts by the school to make graduate programs a unique experience by engaging industry professionals to complement the in-house lectures.