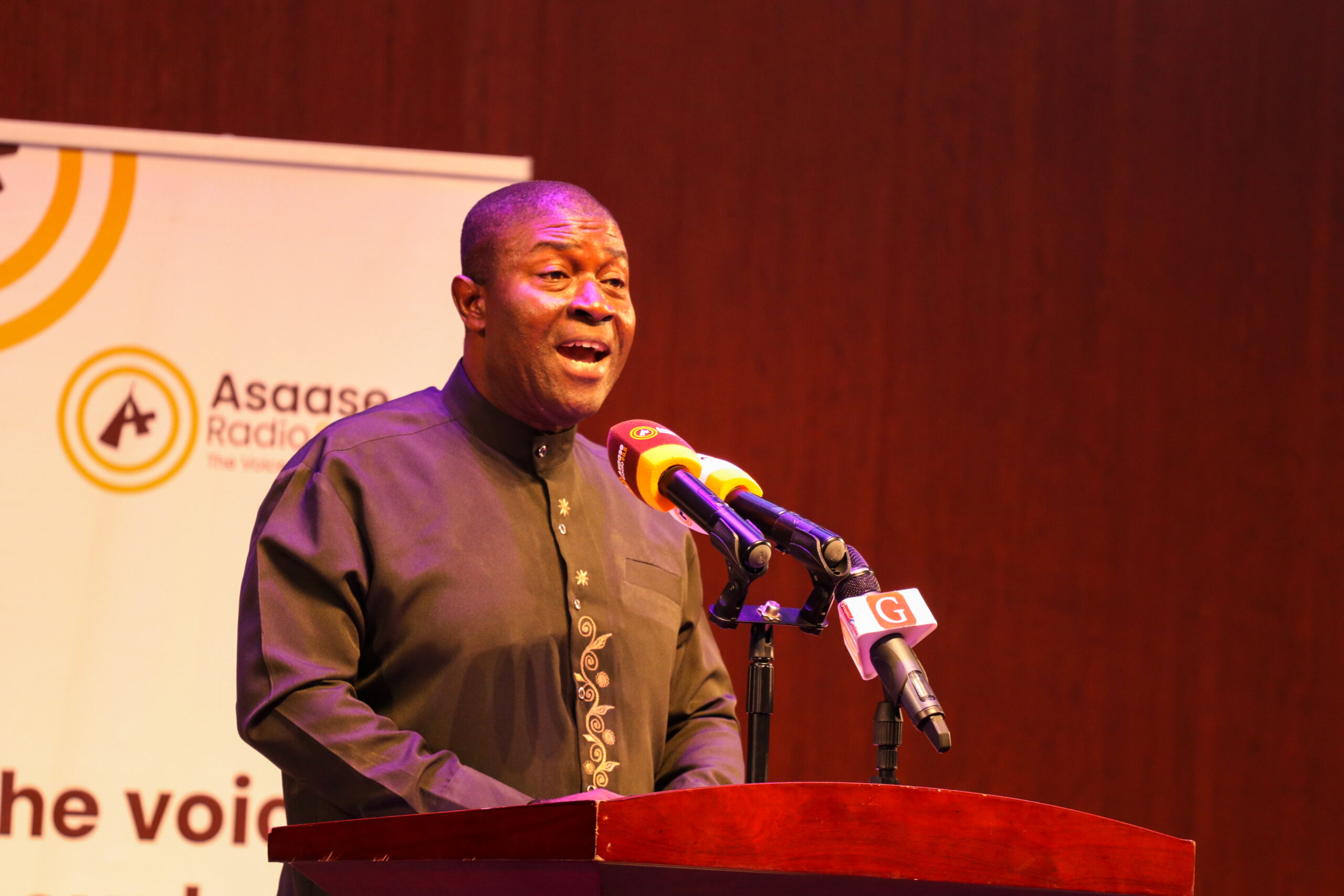 The Managing Director of Intercity STC Coaches Limited, Nana Akomea has urged students of the University of Professional Studies, Accra to be innovative and think outside the box as they aspire to become the next generation of business leaders in Ghana and across the globe.

He also advised them to nurture the spirit of team building. “You need to build a broad front wherever you find yourself,” he told students at UPSA’s annual Graduate Practitioners’ Forum.

“Don’t operate alone. Learn to build a coalition with other team members as you rise to the top.”

Nana Akomea added: “There is a regular saying that if you keep doing the same things, you are not going to get a different result. So when you go and meet the problem, think outside the box. Check out what is being done and see how you can do it differently if you want to solve the problem.”

Speaking on the theme, “Business Restructuring: Strategies for Revamping Businesses in Crisis,” the MD of Intercity STC shared the story of the touching yet patchy journey of how the once debt-saddled state-owned enterprise has been transformed to become a viable company due to prudent management, quality leadership and thinking outside the box in the midst of crisis.

He said the indebtedness of STC, at a point in time, compelled the government to neglect the company by refusing to inject fresh capital into its operations because previous cash investments had yielded no result.

Mr Akomea, however said through the intervention of his predecessor, the company was given a lifeline again by the government in 2016. Eventually, when he [Nana] assumed office in May 2017, the fortunes of the company drastically turned around for the better under his leadership after restructuring and re-strategizing to meet market demands.

He revealed that the company was now making profit to the surprise of many.

“Thinking outside the box over the Circle-Kumasi route really lifted the company and made it a viable venture,” he said.

“We have also succeeded in turning the running of the buses to profitability and our Circle-Kumasi route, for instance, that used to contribute GH¢3 million a month, now generates GH¢5.2 million per month.

“The parcels department that used to bring GH¢100,000 per month, now provides GH¢350,000 a month; evaluation department which also used to contribute GH¢80,000, now does GH¢240,000; the driving school that did not generate any revenue, now brings GH¢8,000 a month under the leasing arrangement,” Nana Akomea said.

“Leveraging on that thinking outside the box, as I speak, we have established [bus] terminals in Kasoa and Amasaman; we are going to [establish another in] Madina shortly which will be close to UPSA. We are having terminals in Ashaiman opening very soon.”

The former Member of Parliament for Okaikwei South therefore urged the students to not to be daunted by problems but rather perceive every challenge as an opportunity to make money or to make an impact on society.

The 2021 Graduate Practitioners’ Forum was attended by graduate students of UPSA, some alumni and staff of the university. It was chaired by the Vice-Chancellor of UPSA, Professor Abednego F. O. Amartey, with Okyenhene, Osagyefuo Amoatia Ofori Panin as eminent guest of honour.