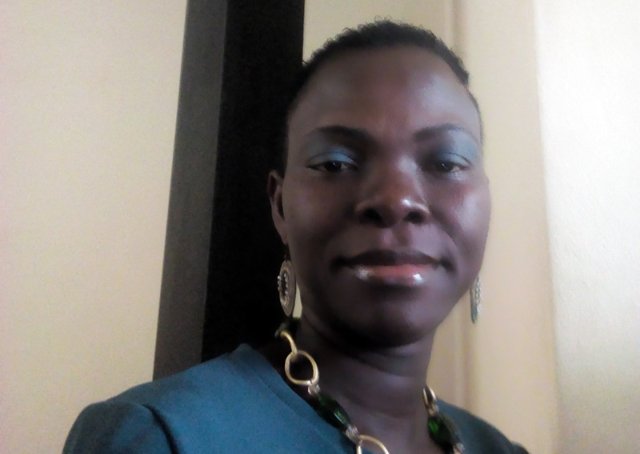 So, I recently managed to kill two birds with one stone. Did I say two birds? Maybe three or four birds. A little shy of four years ago, I decided to embark on a journey- an academic journey- that I had never dreamt of. I had not dreamt of that possibility because, to a very large extent, I had not believed in myself enough. But here I was.

Well, things have happened in my life that I can only say is the hand of God. Frankly, I am happy that through the encouragement of my husband, I decided at one point in my life to cast all my fears and uncertainties on God. In fact, I decided to let God lead so I follow. Going by that attitude, I have seen lines falling in pleasant places for me.

That call I had from the University of Ghana informing me about my selection to advance from a Master of Arts degree to a Master of Philosophy degree was a big surprise to all, including my good self. How on earth could I not be knocked for six when there were people in my class who had been designated “MPhilers”? And certainly, I was not one of those.

This taught me a big lesson that as much as we want to remain humble, we should also have confidence in ourselves because we are children of the most high God.  And as children of God, we can only flourish no matter our challenges.

I tell you this not to spite anyone nor boast but to encourage you that you are worth more than what you think of yourself so take that bold step. That step of courage will land you in pleasant places. Those were the early stages of my marital life and I had had my first child. The pressure from the graduate school to meet close deadlines and to take care of the home was nothing but herculean.

There were times I felt like a failure and ooh, most of my mates who were younger and unmarried were all over the place going about their academic work. I felt I did not belong there because the course, coupled with wifely duties, was just hectic.

Every day, I had to leave my child with my aunt who resided on Legon campus before going to lectures. When I had a little break, I would dash off to my aunt’s place to breastfeed the little one, run back to class and sometimes had to stay late for seminars.

One day an older classmate, upon noticing that I was having a tough time juggling all that, “advised” a younger classmate to make sure she finished all her schooling before taking up marital duties. Unknown to her, I had heard her remark. This got me feeling like a crime. It nearly got to me but there is something about encouragement that keeps us going. My husband told me I would be just fine and that there was no special time to do what I was doing.

He told me what my mate said should rather be a challenge to me to excel no matter the odds.

Interestingly, a married male colleague who had observed my struggles from afar also advised that I seek some counselling from one of our lecturers. He believed that lecturer could offer some helpful advice. So I did and it paid off.

The day my lecturer saw me back to campus to do the MPhil, I could see sheer delight on her face. She told me how happy she was when she heard I was one of the select few to do the MPhil. She was glad I could accomplish such a great feat upon all the challenges. I smiled and told her how grateful I was about the role she partly played in all of that.

Fast forward, I got a job at the university as a lecturer (That is also a story for another day), and for very good reasons I decided to pursue a doctoral degree. At the time most of my colleagues had taken it easy, but I knew pursuing a PhD was important for my career progression.

I had found myself on a path that constantly required quest for new knowledge. Besides, getting the highest academic qualification of my workplace was just the right thing to do.  I did it without many knowing. It is good to work quietly and let your works speak for you. And that is what I did.

My PhD journey was interlaced with getting pregnant twice and having three children. You wonder why? The first pregnancy resulted in a twin birth. It was not an easy time for me. Carrying twins is different from carrying singletons, but I drew on the strength of God to carry them as well as the load of PhD studies.

During the early stages of the pregnancy, I had to travel for workshops and summer schools. It required making some huge savings off the family budget, making a lot of sacrifices and travelling in the air for long hours since my school was outside Ghana.

More so, with physiological, emotional and hormonal changes rearing their heads, it was not the best time to be away from family, but I had to do it. Till the day before I had them, as long as I was in the country, I was regularly at work teaching and researching. There were countless weekends I came with the family to the office so I could work and also be with them. Sometimes, we could close from church, go to the restaurant to eat and come to the office. The older children would bring their books along to do their homework or learn while I worked on my thesis.

Their father would also babysit the twins. On weekdays, we would most of the time pick the children from school, take them to my mom’s and go back to work. That also meant driving back to mom’s to pick them late night. I spent long hours in the office. My husband would close from work and come stay with me till late. I would sometimes come out of my office only to see university vehicles in the car park- everyone was gone!!!That should tell you how late I closed from work. This happened consistently.

Between my husband and my children, I don’t know who suffered more during this period. My husband had to re-adjust to accommodate my new life. He gave me all the support I needed. He sometimes had to stay up with me, listen to me read ideas that I had put together and offer his thoughts and directions. Actually, I will not be wrong to say he knows my thesis in and out, if not better than me.

There were highs and lows. When my thesis returned from external examination, I was pregnant with my Tawiah (name given to a child who is born after twins). It was one hell of a time dealing with comments from three examiners and dealing with pregnancy fatigue and emotions. This particular time had me wishing I had not done a Ph.D. But what can you do when you have a supervisor who would always say: “Great stuff!” “Good job!” “It is doable.” And yes, I did it.

Knowing the hard work that went into this, I could not but go for my graduation two weeks after having my “PhD baby”, although I could have been conferred the degree in absentia. Initially, I wondered how feasible it would be after a cesarean section but my doctor cleared me to go. So, off I went with the family to South Africa. It was such a graceful event that I will never forget.

Back home, my family, friends, and colleagues at work shared in my joy. I felt honoured and humbled about that, but I have also learnt another lesson: Sometimes your achievement opens your eyes to see how people appreciate you. I got the shock of my life when someone called a close relation to find out if my degree was a genuine one.

I didn’t know I was that important to people. Or I suddenly became important only after achieving something they never saw coming? But I shouldn’t be surprised, should I? Maybe for some people without any sign of rain and it rains, it cannot be rainfall. How shall we call it then?

People will always cast doubts about us but we should know our worth. It happens a lot. Professor Mamokgethi Phakenga is a well-accomplished B2 NRF – rated South African Mathematician. She is a former Vice-Principal, Research and Innovation of my alma mater, the University of South Africa whom I had the pleasure of meeting and listening to during one of the summer schools I attended.

Prof.  Phakeng is now the Vice Chancellor of the University of Cape Town. When she was appointed Deputy Vice-Chancellor of UCT, some alumni sent a string of emails that cast doubt on her credibility as DVC, alleging that her qualifications were fake.

But this woman, who is the second black woman to be the VC at UCT after Mamphela Ramphele, the wife of South African anti-apartheid activist Steve Biko, has proved her worth. The accomplishments and impact she is making can only put her detractors to shame.

I want you to remember this: “It is not everyone who will be happy about your achievement nor share in your joy”. This is something I had heard before but now makes better meaning to me. When you are breaking your back, people don’t see it. It is when you are showered with the fruits of your hard work that people who did not care about you start poking their noses into how you got to where you are.

As long as you are working hard and leaning on your God, you can only do well. Go on, work hard, rest when you need to, but make sure you don’t stay at one place for long.The fruits of your labour shall surely be a reality. But then again, don’t forget that when success comes, some people will raise eyebrows. In all of that don’t be discouraged, keep at it. You can only do well.

The writer is a lecturer at the Faculty of Information Technology & Communication Studies of the University of Professional Studies, Accra.