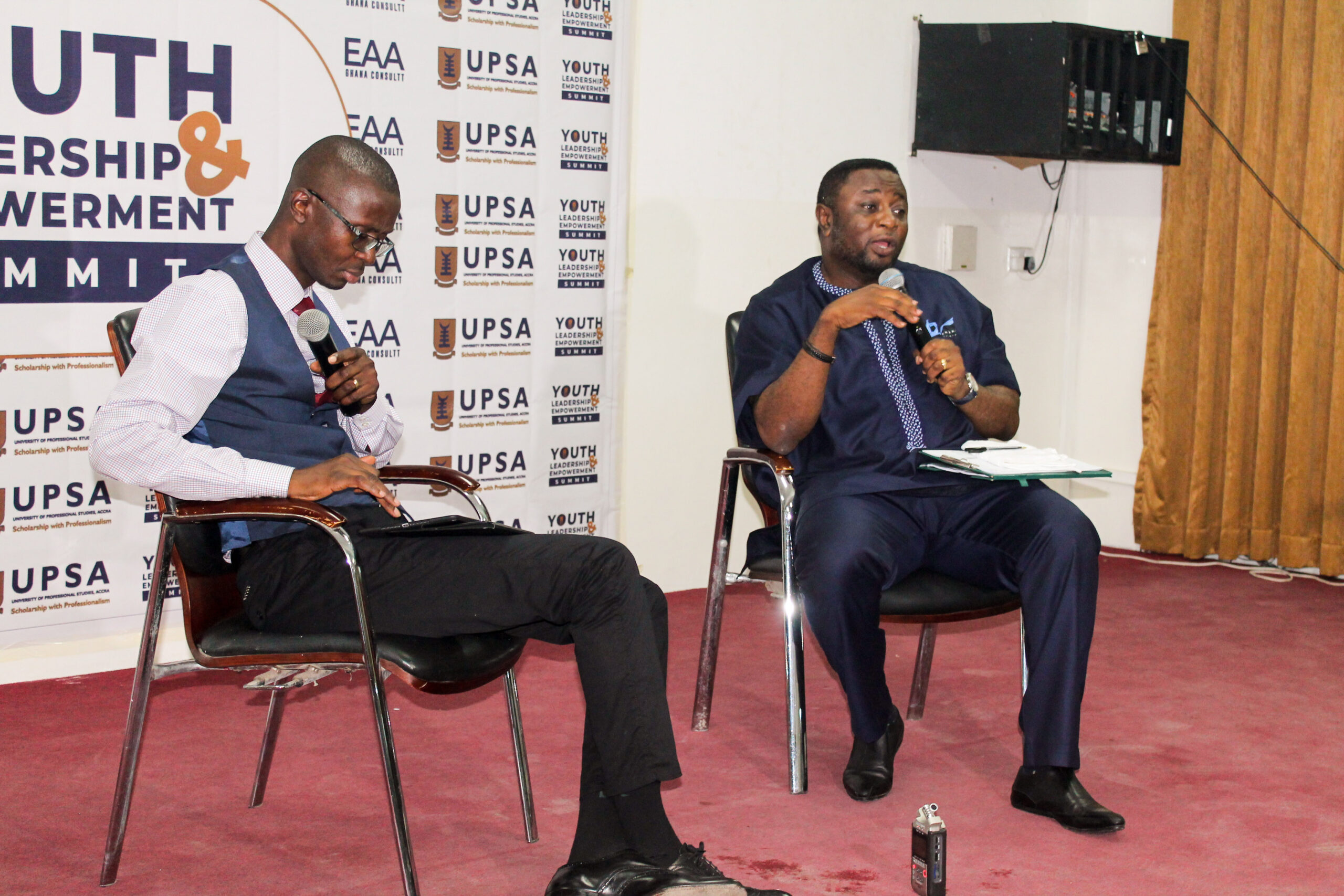 Students of the University of Professional Studies, Accra (UPSA) have been challenged to change their mindsets and get out from their comfort zones if they are to become successful leaders in their chosen fields of endeavour.

The call came at the 2018 Youth Leadership and Empowerment Summit organized by the UPSA Drolor Centre for Strategic Leadership (DCSL) and EAA Consult Limited, a youth empowerment advocacy group.

The DCSL over the years aims at developing and promoting excellence in strategic leadership by nurturing global community leaders who understand the consequences of their actions and inactions on current and future generations and can act ethically in such a context.

Consultant for the DCSL, Dr Samuel Offei, said the world is increasingly becoming an interdependent and highly competitive network, thereby it was important that Ghana churns out leaders who would be better equipped to handle emerging global challenges and make a difference in any environment they find themselves.

“As the name of the Centre suggests, we want to promote leaders whose focus would be for both today and tomorrow’s development. It means when leaders are needed today, they must also be relevant for the future. That is why they must be consciously and strategically branded to fit for this purpose,” he said.

A former Minister for Youth and Sports, Elvis Afriyie-Ankrah and main speaker for the summit, challenged the youth to explore beyond their comfort zone in their quest to attain higher laurels. 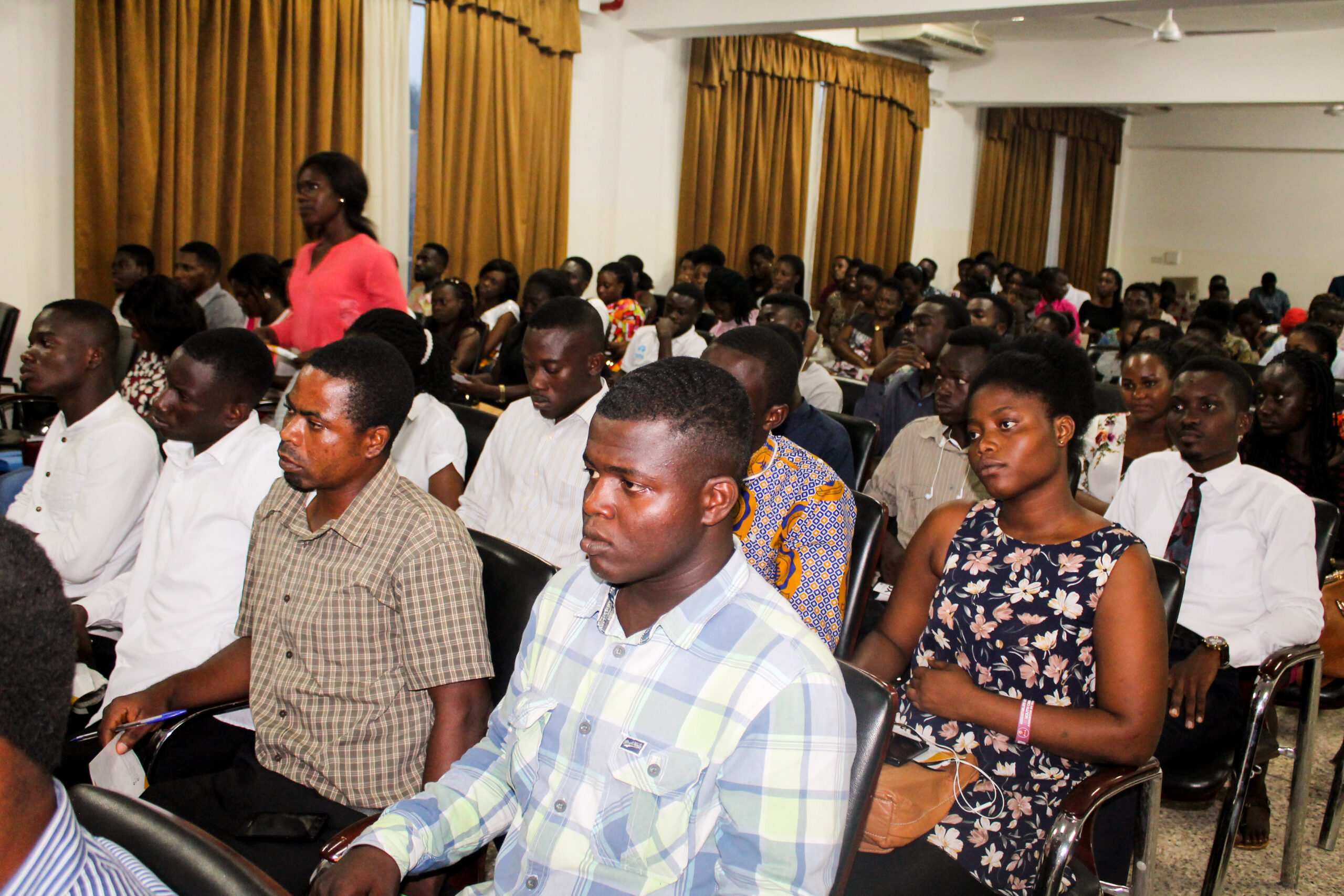 Speaking on the theme: Preparing a new generation of innovative African leaders through mentorship and motivation, the outspoken youth activist underpinned the power of persistence, saying it was the key to becoming a successful leader.  Using the parable of the persistent widow in the Bible to buttress his claims, he called on the students to be relentless in their pursuit of academic excellence and social recognition.

“It is a principle of life that sometimes you will be embarking on a journey and the persistence that you apply will determine whether you will move to the next level or not,” he stated.

Mr Afriyie-Ankrah also shared his personal experience on how not-giving-up in life has contributed to his seemingly successful political career. According to him, persistence was the drive that kept him through his secondary and tertiary education when he was faced with dire financial needs at a point in time.

The Pro-Vice-Chancellor, Prof. Charles Barnor, posited that the challenges confronting Africa today called for a new generation of leaders who would rise to the task of defragmenting the continent of its artificial boundaries and restructure the foundation of the post-colonial states to advance the socio-economic development of the populace.

Prof. Barnor said the reason countries like Singapore have become a global-talking point in terms of socioeconomic development was due to quality leadership.

The Pro-vice-chancellor explained “It is evident by all indications that Singapore is (miles) ahead of Ghana in almost all indicators of development. What has made the difference when we started nine years before them after independence is quality leadership.”

Advertisers Woo Students Of UPSA, Others

'I Choose To Live’ Campaign Kicks Off