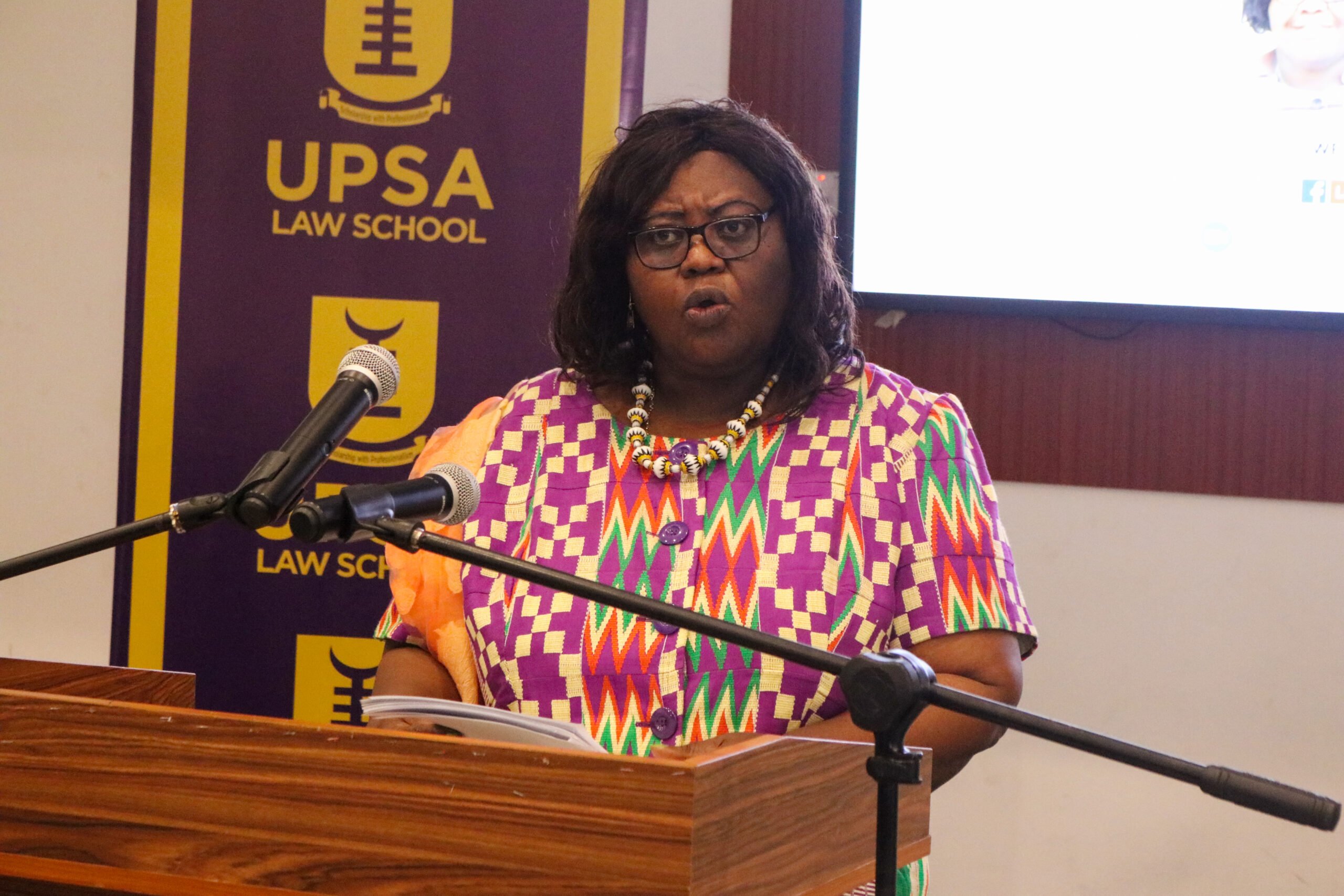 Supreme Court Judge, Justice Professor Henrietta Mensah-Bonsu has advised students of the UPSA Law School to cultivate the habit of reading in order to improve their vocabulary and communication skills as they aspire to climb high in the legal profession.

Justice Prof Mensah-Bonsu said she has over years witnessed cases with otherwise good prospects “get damaged or destroyed” due to bad lawyering or poor communication skills by the legal representative.

She therefore emphasised the need for legal practitioners to exercise due diligence on the cases they present before the court by paying close attention to the content and proofreading their submissions. Without such diligence, the experienced professor said, most cases have been ruinously lost.

It is against this backdrop that she says she feels vindicated, as a law lecturer, for her strong stance for law students and lawyers to improve upon their vocabulary as well as written and oral communication skills.

The eminent judge made these remarks at a public lecture organised by the UPSA Law School at the West Wing Auditorium of the University on Thursday, May 27.

She noted that having switched from academia to the bench over the past one year, she has undergone a mental and psychological reorientation of how she perceived things when it came to the legal practice and the administration of justice.

“I have come to acknowledge that contrary to what is believed in academia, procedural rules are not inferior to substantive rules in any measure,” Justice Prof Bonsu observed.

“Indeed, procedural rules are the vehicles in which substantive principles ride in order to [administer] justice.”

She further explained that failure to appreciate the role of a procedure and procedural rules would be the undoing of any promising career in the law.

On professionalism, she admonished the students to eschew emotional bonds with any party in a litigation since they risk committing perversion of justice.

The Dean of the UPSA Law School, Professor Ernest Kofi Abotsi, in his welcome address, expressed his joy for the privilege of being the first institution to host her ladyship since her appointment as judge to the apex court of Ghana.

“Today, UPSA Law School is delighted to be the first place, the first venue, and the first platform on which Prof [Henrietta Mensah Bonsu] is going to share her perspectives on issues affecting the law and legal practice.”

Prof Abotsi explained that her bifurcated role as an academic and a Justice of the Supreme Court presented great wealth of knowledge and a priceless experience for all to tap into especially students studying the law.

He announced that the full text of the lecture would be published in the newly introduced UPSA Africa International and Comparative Law Journal, of which a copy of the maiden edition was presented to her ladyship Justice Mensa Bonsu.

About Justice (Prof) Henrietta Mensah Mensah
Before her appointment to the apex Court, she was a Professor of Law at the University of Ghana School of Law and served as the director of the Legon Centre for International Affairs and Diplomacy.

She is the immediate past president of the Ghana Academy of Arts & Sciences. She has had a distinguished academic career spanning more than three decades at the University of Ghana since joining the institution as a lecturer in 1985. She rose through the ranks and attained a full professorial status in 2002.

Outside academia, she has undertaken a number of high level national and international assignments. Some of her national duties include membership on the National Reconciliation Commission as well as the Ayawaso West Wuogon Commission of Enquiry into Electoral Violence.