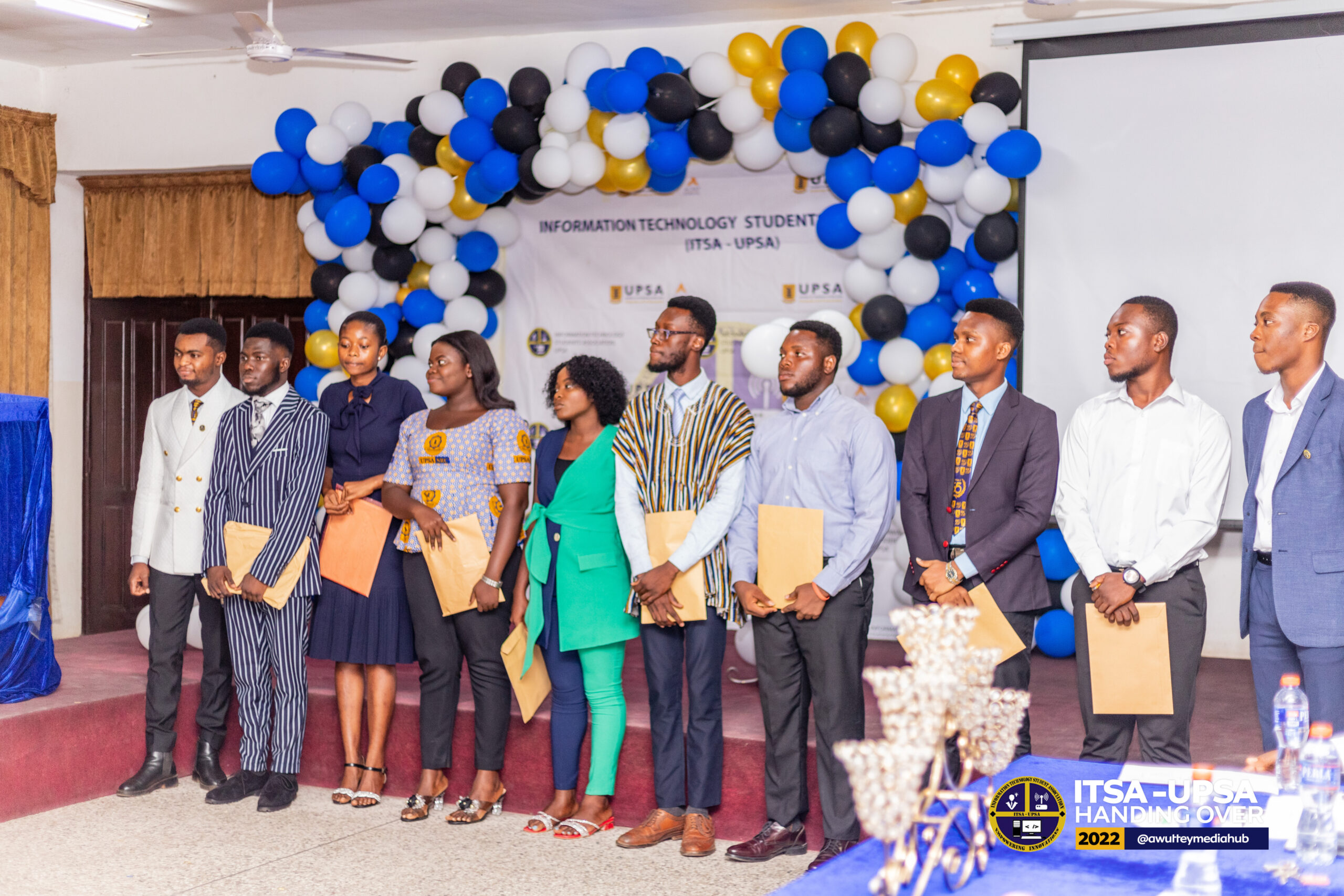 The Information Technology Students Association (ITSA) of the University of Professional Studies, Accra has inducted its new executives into office at a colourful handing over ceremony.

The new crop of executives is led by Sylvester Oliver Tetteh as President. He takes over from Antoinette Aikins, the first female president of the ITSA-UPSA.

They will steer the affairs of the Association for the next twelve months.

Delivering her final report to members, the outgoing President, Antoinette Aikins thanked the Department of Information Technology and the faculty for the overwhelming support she received during her tenure.

In underscoring some of her achievements over the period, Ms Aikins mentioned the transformation of the association through regular stakeholder engagements and organization of innovative programmes such as I.T. training workshops for students in the department and beyond.

She urged the new executives to build on the strong foundation laid by her administration by exploring other innovative activities that would benefit members and attract more members.

On his part, the newly-sworn president, Sylvester Oliver Tetteh promised to give ITSA a face-lift by incorporating interactive programmes that would enhance the experiences of members.

He said arrangements have been made by his administration with some mobile telecommunication companies to procure data SIM cards for all Information Technology students in a bid to facilitate online learning and research.

The Association also used the occasion to launch its new website https://itsaupsa.com, a feat which has been touted as a major achievement of the group.

Some outstanding student leaders and personalities who supported the Association over the past one year were also honoured with certificates and citations.