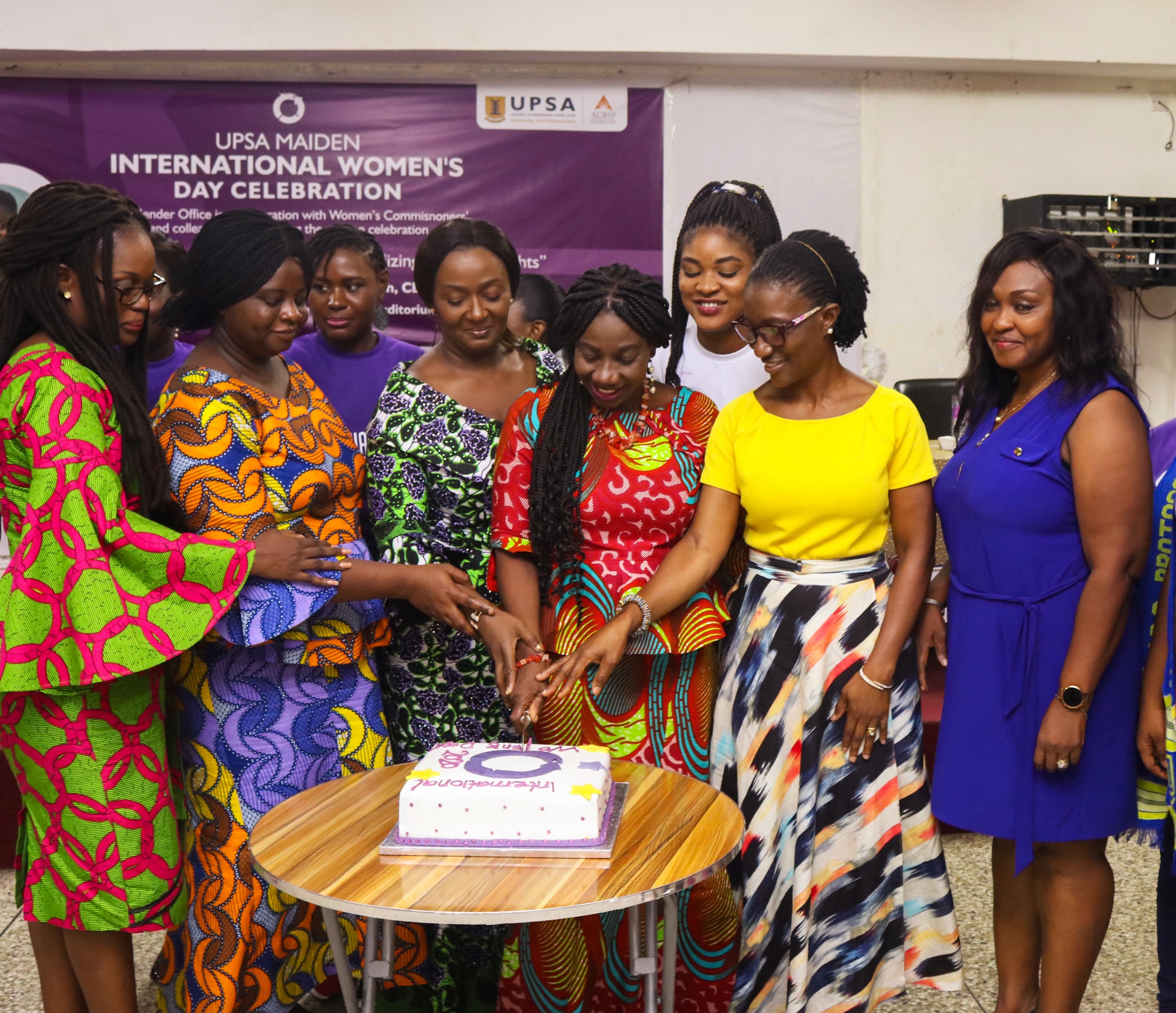 Staff and students of the University of Professional Studies, Accra has commemorated this year’s International Women’s Day with strong calls for men to take up roles as active advocates of gender parity in the workplace, homes and society at large.

Various speakers who spoke at a commemorative event on campus underscored the need for the inclusion of men in the campaign for gender equality, insisting that it is one of the best ways for the campaign to gain traction.

Guest Speaker and Chief Executive Officer of GG Plus, a non-profit organisation, Ms Ama Sarpong Bawuah, in her address noted that the struggle for gender equality was no longer the preserve of any single feminist or organisation, but the collective responsibility of all who care about human rights.

The theme for this year’s celebration was “I am Generation Equality: Realizing women’s rights”.

Madam Ama Sarpong Bawuah said the theme was an apt description of the current prevailing environment surrounding women rights, adding that it also aligned with the United Nations Women’s new multi-generational campaign on generation equality which coincidentally marks the 25th anniversary of the Beijing Declaration and Platform for Action – the most progressive roadmap for the empowerment of women and girls, globally.

“As we celebrate International Women’s Day, it is important to celebrate our social, cultural, economic and political achievements globally whiles reemphasising the call to action to accelerate gender parity as a critical imperative for the social [and] economic development of the society we live in,” she said.

She observed that, although women who spoke up against social, sexual and professional abuse and discrimination in the past were considered to be radical, disruptive and sometimes even branded as emotionally unstable, the situation appeared to have improved in recent years with more women becoming aware of their rights – the right to equality and fairness, right to bodily integrity and autonomy and the right to be free from sexual violence both physically and emotionally.

Despite the progress made, however, Madam Bawuah, who is a former Communications Director at the Ghana Commercial Bank bemoaned the seeming lack of respect for the feminine gender, especially in developing countries like Ghana.

“Ghana has a long way to go towards achieving gender equality,” she said. “Many Ghanaian women are subjected to various forms of abuse that rob them of their dignity and humanity. All around us, women’s rights are frequently trampled upon in the name of cultural norms, historical acceptance, political rivalry and most often simple ignorance.

The Director of Administration at UPSA, Dr Mrs Vivian Amoako, opined that women can achieve more and do even better than their male counterparts when given equal platforms and opportunities.
“We are not asking for a special place in society,” she said. “We are asking for equal opportunity for all.”

Other speakers included Ms Dinah Nana Ayensu, Assistant Registrar at the Drolor Centre for Strategic Leadership (DCSL), Miss Akorfa Wuttor, a lecturer as well as personnel from the Gender Office of the UPSA.

The event was organised by the Gender Unit of the University in collaboration with the Women’s commissioners under the global theme ‘I am Generation Equality: Realizing Women’s Rights.’ #EachforEqual