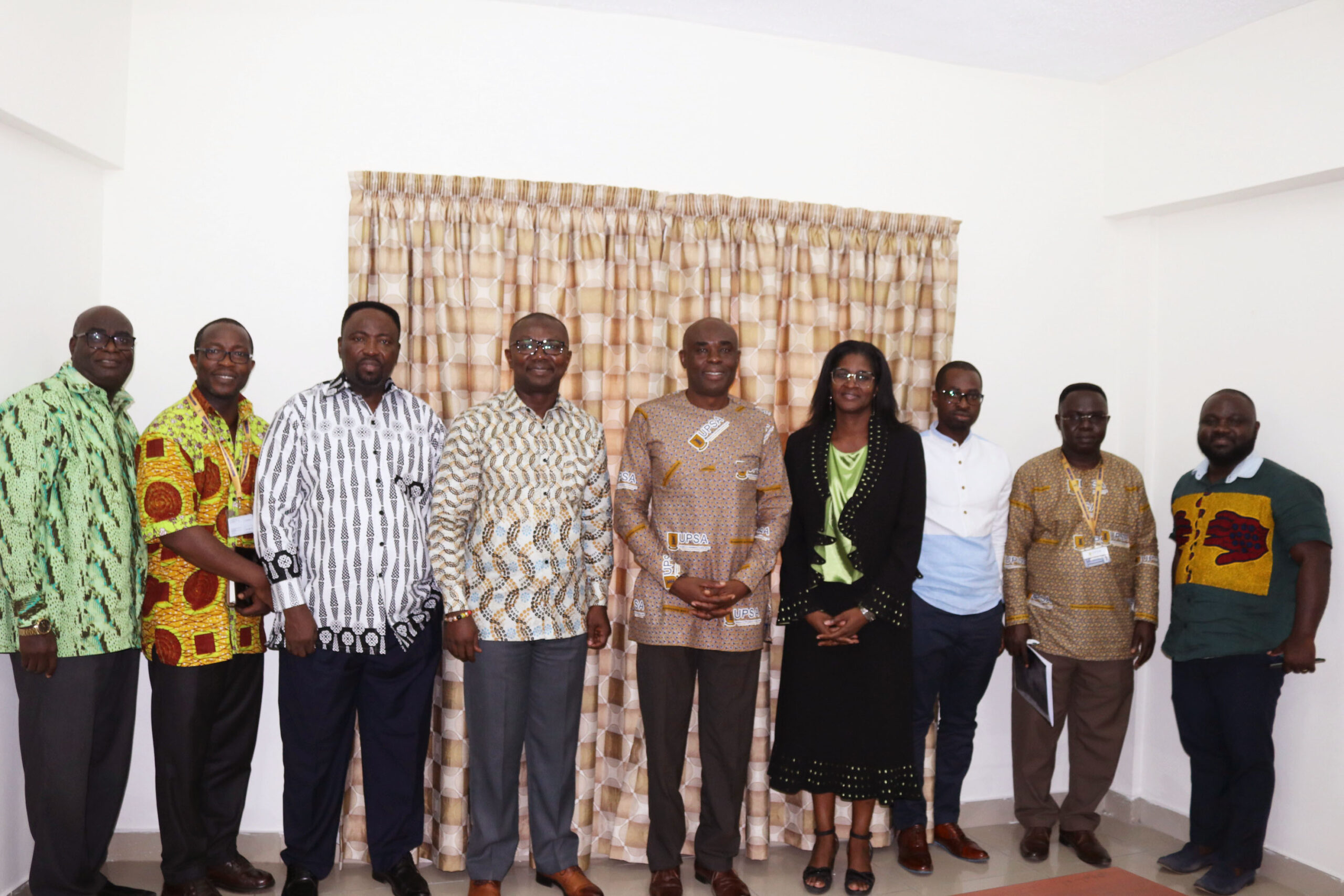 A delegation from the Ghana News Agency (GNA) has paid a courtesy call on the Vice-Chancellor of the University of Professional Studies, Accra (UPSA) to tap into the success story of the institution.

The team from GNA was led by the General Manager, Mr Albert Kofi Owusu. He revealed that his outfit is currently rebranding and exploring innovative ways to revive the GNA brand which was once the preferred source of news and information on Ghana, Africa and the World.

As result, he was looking forward to partner thriving institutions like UPSA in the areas of human resource development, business nurturing and collaborations as they reposition the organisation to derive more revenue from its products and service.

“As a public institution which used to suffer a similar fate in the past, and how you have been able to turn things around within the past few years is something worth emulating, we are here to learn from you,” Mr Owusu said.

The experienced media practitioner was in the company of his two deputies Mr Joseph Baffoe, Director of Administration; and Mr Norbert Asenso, the Director in charge of Business Development.Mr Owusu further outlined the GNA’s new strategic plan of expanding its services to meet the growing needs of digital consumers. He explained that his outfit is in the process of building a new website which would make it easier for individuals and media organisations to access quality news content at a fee.The Vice-Chancellor of UPSA, Professor Abednego Feehi Okoe Amartey reiterated UPSA’s readiness to partner the GNA to enhance their productivity and re-establish its position as the mother news organisation, which served other media houses with news and information.

He said UPSA and GNA have enjoyed a ‘brother-sister’ relationship in recent times and it was only practical that, that bond is strengthened with new collaborations.

Prof Okoe Amartey, however, lamented the current state of GNA which he said has a long-term reputation as a credible source of information.

“It was unfortunate that a national asset such the GNA would be facing resource challenges for its operations,” he said.

He charged the Management of the organisation to take their destiny into their own hands and turn things around, pointing out that “we measure results and not efforts.” 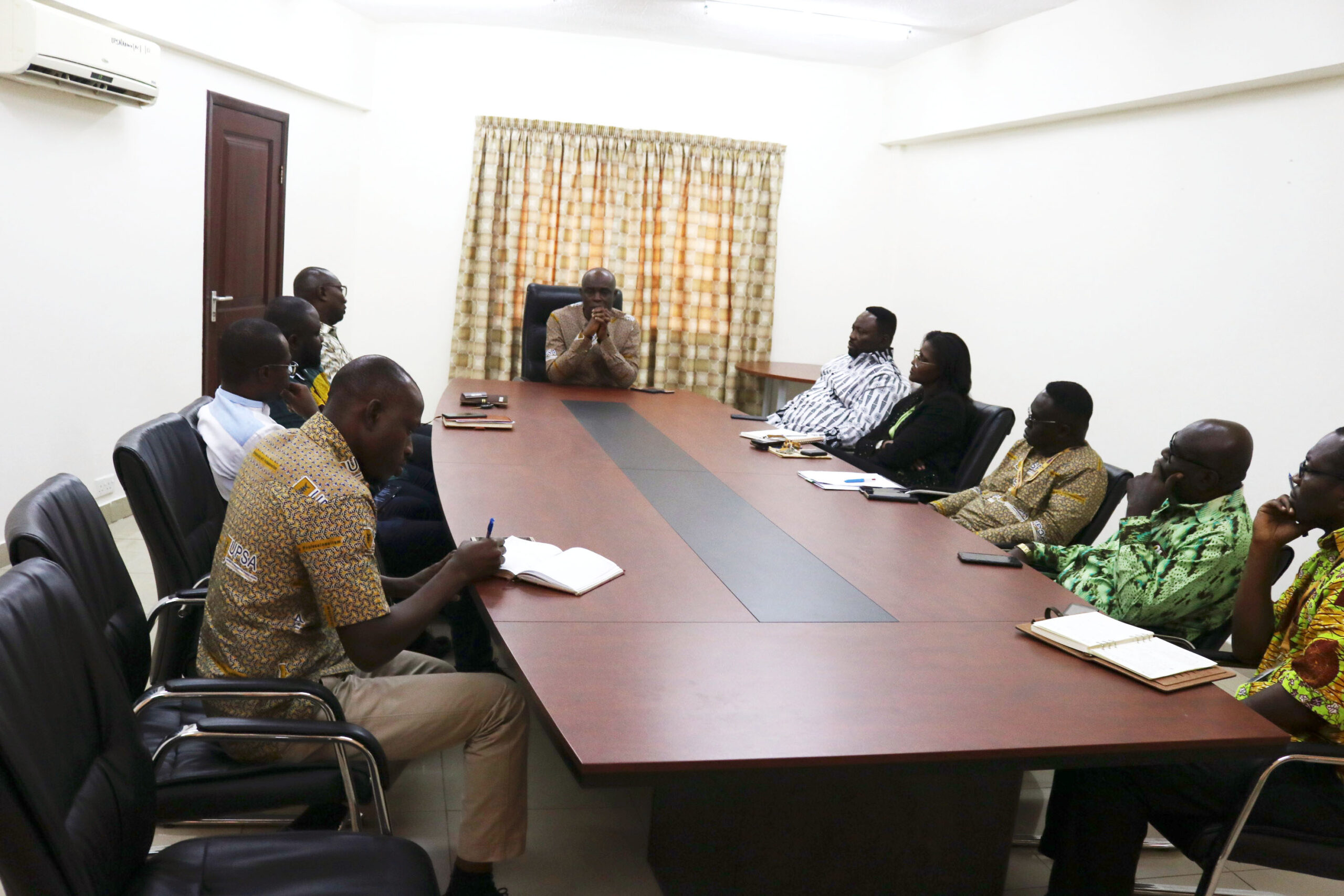 The Vice-Chancellor also seized the opportunity to outline programmes for the University’s 55th-anniversary celebrations which he said would need the support of GNA.

Also present at the meeting was the Pro-Vice-Chancellor, Professor Charles Barnor. Others in attendance were Dr. Koryoe Anim-Wright, the acting Dean of the International Centre for Education and Collaboration (CIEC); Dr Albert Martins, Director of Business Development; Mr Geoffrey Gle, acting Director of Public Affairs and Mr Francis Dadzie, a member of the 55th-anniversary planning committee.