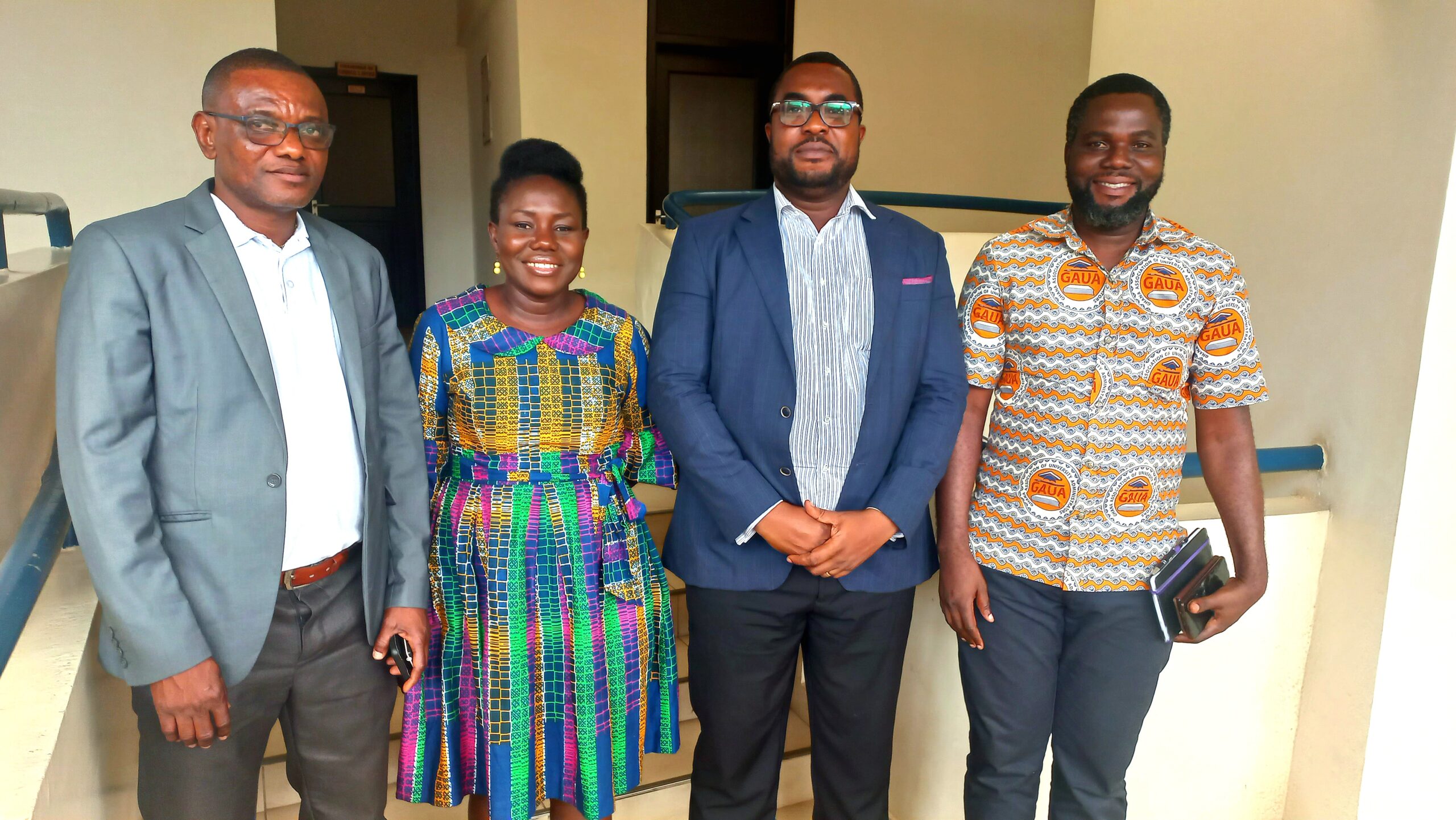 The University of Professional Studies, Accra (UPSA) branch of the Ghana Association of University Administrators (GAUA) has elected new executives to steer the affairs of the Association for the next two years.

The new leadership is led by Mr. Samuel Seshie as president. He takes over from Mr Joseph Azangeo, the outgoing president who has been at the helm of affairs for two terms.

The Presidential elections will go down as one of the most hotly contested elections with four aspirants, namely, Mr Samuel Seshie, Mr Ibrahim Monipaak, Mr John Chang-Naah, and Madam Leticia Laryea.

The Vice President, Secretary, and Financial Secretary positions were contested unopposed, while no candidates filed to contest the positions of Assistant Secretary, Organizing Secretary or Editor.

Speaking shortly after the results were declared, Mr Samuel Seshie, the President-elect, thanked GAUA members for the confidence reposed in the new executives and the opportunity to serve the Association.

He commended the immediate past executives for the good foundation they had laid for the current executives, stressing that they would build on it for the betterment of the association.

Mr Seshie further called for unity of purpose among members in pursuing the agenda of the association. He promised to champion the interests of members at all times while working assiduously to address any outstanding issues left by the past executives.