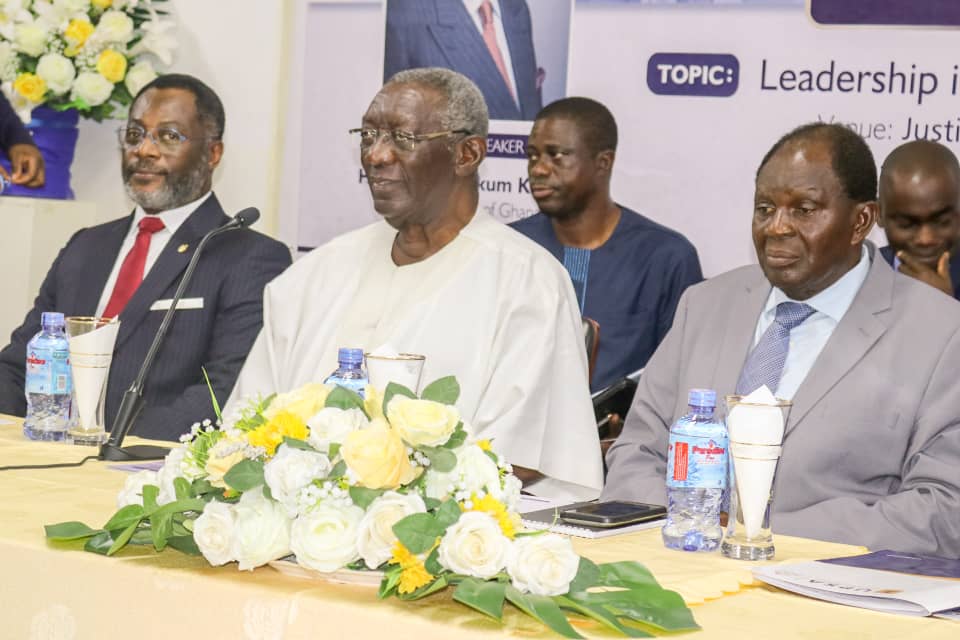 Former President John Agyekum Kufuor says it has become obvious to him, in his 50 years plus in politics, that the dearth of effective and enlightened leadership is the bane of Africa’s development.

“Good leadership transforms societies and makes life worth living for the people,” he explained. “It makes for judicious use of a nation’s resources, both human and natural, for the upliftment of the society for now and into the future.”

Former President Kufuor was addressing the Annual Leadership Lectures of the University of Professional Studies, Accra (UPSA) on Wednesday.

“In our world today, societies that have gotten the leadership quality right have made appreciable progress in their socio-economic development,” he stated.

“Such quality leadership must exist within sturdy institutional frameworks for it to be effective and beneficial to the generality of the people.”

The 2018 UPSA Annual Leadership Lecture on the theme: “Leadership in Ghana: Meeting Global Standards” was attended by students, academics, traditional rulers and the public.

The lecture was instituted to strengthen the stature of the University as it strives to improve on scholarship, research and professionalism.

Former President Kufuor explained: “In round terms, in a modern polity like Ghana, political leadership is the delegation of the power of the people, from whom power emanates, to the leader to wield on the people’s behalf; to use and manage the authority and resources of the land for the greater good, in terms of the security, stability, and development of the people as a whole.” 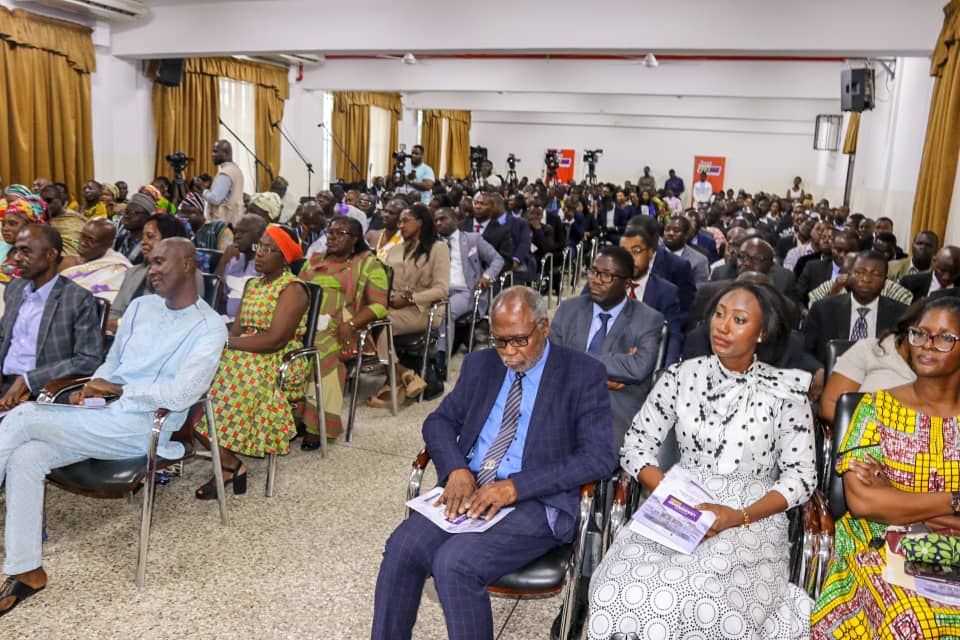 He quoted Former US President Obama’s advice to Africa when he visited Ghana, in July 2009, “Africa doesn’t need strongmen, it needs strong institutions” and remarked: “Rather, permit me to add this, it must be said that Africa should need well-groomed, knowledgeable, committed, focused, and caring leaders, who respect their peoples and humanity and truly uphold the national constitutions by which they become vested with the people’s power to govern”.

With regard to ‘meeting global standards’, he said, three decades ago, such a phrase would have been moot since in the Bi-polar world of the times, depending on the concept of the ‘West or the East.’ But with the end of the Cold War, and the collapse of the Berlin Wall at the end of the 1980s, Liberal Democracy seemed to have gained ground and was spreading globally to attain the attributes of “Gold Standards” for governance among nations.

He recounted that into the early 1990s, almost all nations that did not have democratic systems of government joined the democratisation bandwagon, and a fresh air of democratic awakening blew across the world.

Africa saw the Constitutive Act of the African Union being promulgated in the year 2000; he said, explaining that Act proscribed non-constitutional changes of government, among its member nations. It, however, prescribed the rule of law and democratic constitutions that upheld the centrality of the individual and the upholding of fundamental human rights in sovereign governance. 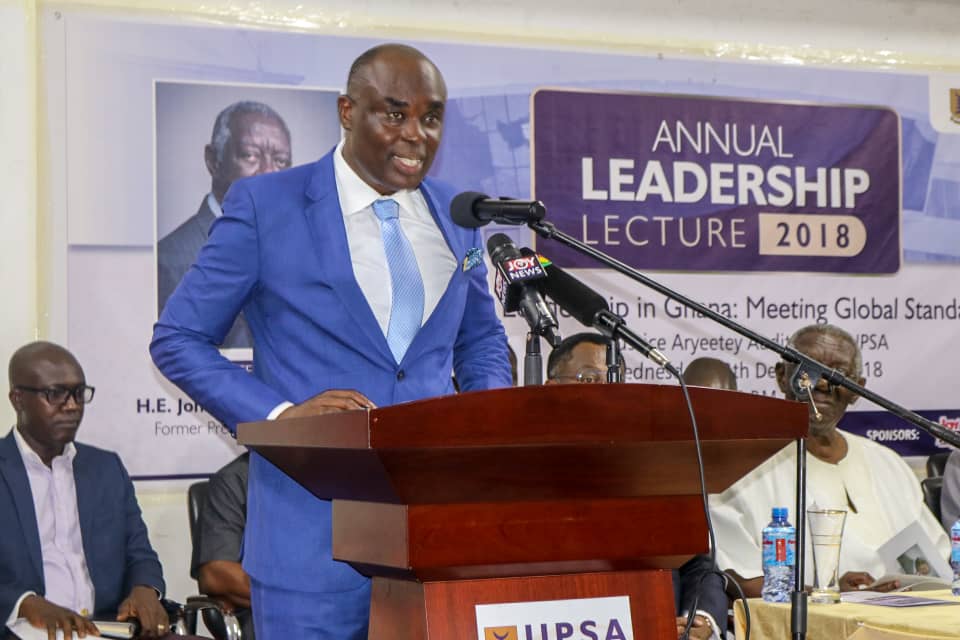 The former President said transparency and accountability, with institutional checks and balances, a functional private sector for wealth creation and employment generation and responsible civil society organisations were to be the bedrock of good governance.

He said independent and robust press and media were necessary watchdogs for sustained accountable governance. Unfortunately, he observed, within Africa, over the last decade, it appeared that some countries were backtracking on democracy, somewhat.

“Some leaders appear to relish going back to the strongman era, seeking to extend their mandates, and generally, democracy has deteriorated in such countries,” he said. He, however, hailed Ghana’s democratic gains over the 25 years.

Professor Abednego Okoe Feehi Amartey, Vice-Chancellor, UPSA, said leadership in Ghana today required a new impetus based on global standards that would galvanise a qualitative and quantitative leap in the nation’s endeavour to fight poverty and raising living standards.

Dr Kofi Ohene-Konadu, Chairman, UPSA Council, said leadership played a crucial role in every nation’s socioeconomic development; stating that what sort of leadership a nation had depended on its social structure.