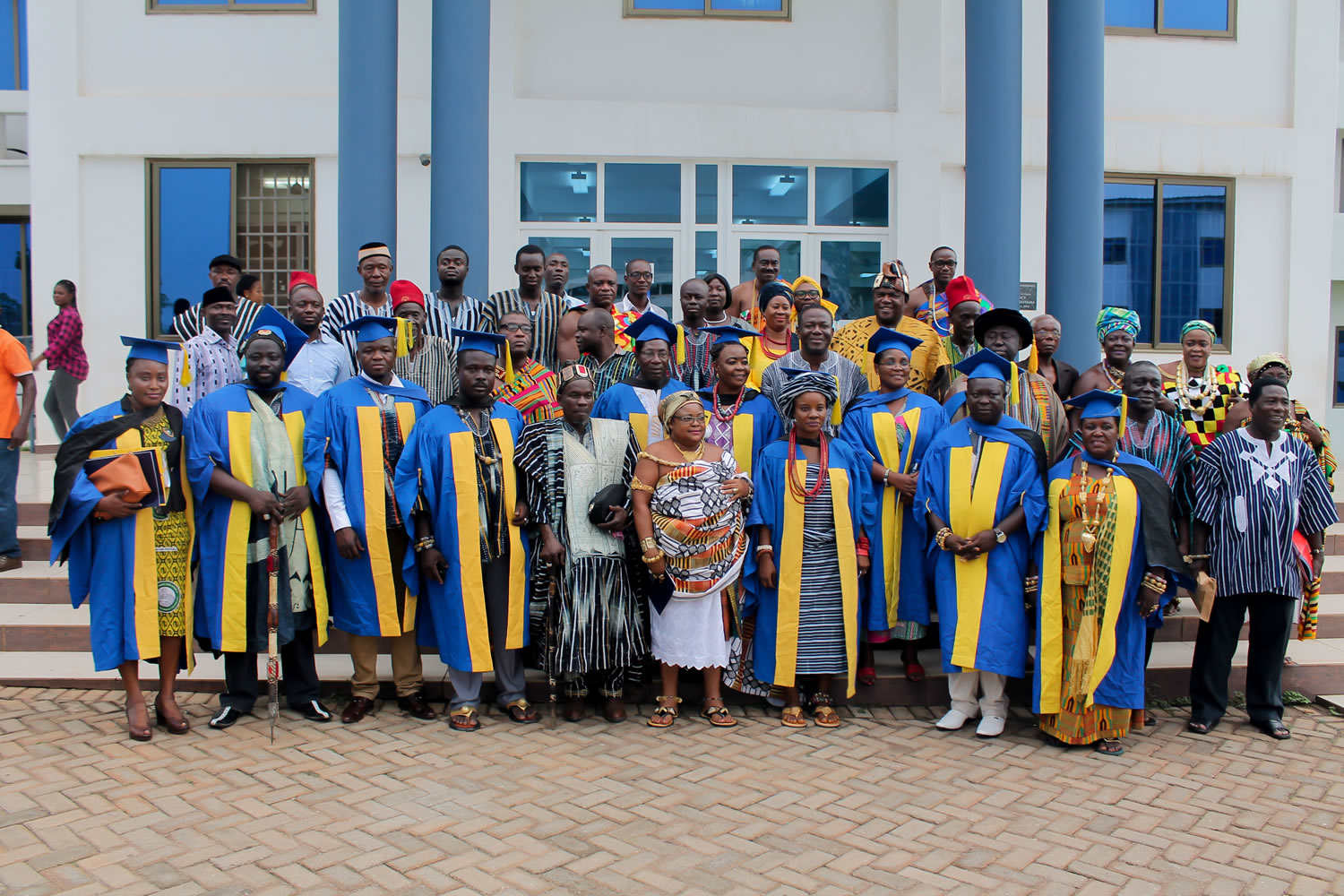 The Otumfuo Centre for Traditional Leadership (OCTL) has ended its five-day traditional programme for chiefs, staff of traditional councils, regional and national house of chiefs.

The training was aimed at enhancing chieftaincy institutions with effective leadership and management skills towards the sustainable development of their jurisdictions.

Speaking at the closing ceremony, the Minister of Chieftaincy and Religious Affairs, Mr. Kofi Dzamesi disclosed that the government plans to establish a royal college for traditional authority to train traditional leaders on effective governance to enhance their role in the country’s development. In the quest to achieving this, the government will collaborate with UPSA to add in the building of a stronger institution.

“We shall collaborate with your institution in this enterprise of providing knowledge in relevant areas that add in building a stronger institution, with a long history in governance. We would welcome suggestions as we develop the framework and curricula for the institution of a royal college for traditional authority,” he said.

Mr. Dzamesi further explained that to have a robust and resilient chieftaincy institution that can remain critical to national development and stimulate change needed for growth, chiefs must be professional in the performance of their duties and protect the integrity of the institution and also play a role in mobilizing the support of the populace for development. He indicated that, traditional leaders have the responsibility to ensure that the frontiers of social cohesion, development and patriotism are expanded.

The Director of OCTL, Lepowura Alhaji M. N. D. Jawula called on the government to give better remuneration for chiefs to encourage them in carrying out their responsibility. According to the constitution, traditional leaders are accepted as public servants and must be treated as such.

He urged government to set aside funds to be used to properly demarcate traditional boundaries to easily moderate the affairs of every traditional area. Also, he announced that the next course will be organized in October this year and urged chiefs and traditional leaders to take advantage of the programme to upgrade themselves and their various communities.

Professor Abednego Okoe Feehi Amartey, the Vice-Chancellor also mentioned that the training  programme is designed to help traditional leaders improve on their governance skills and help them become better managers and leaders in mobilizing communities for peaceful development. He asked that the chiefs become brand ambassadors of UPSA’s OCTL in promoting the mission for the Centre and also use their positions to promote peace and prosperity in theirjurisdictions.

The Secretary of the National Association of Queen mothers, Kansawurche V.A. Bukari speaking on behalf of the 2018 batch traditional students, said attending the training course had enlightened them and built their capacity to facilitate conflict resolutions. She stressed that they would  happily come back in October to pursue a top-up in programme in traditional leadership.