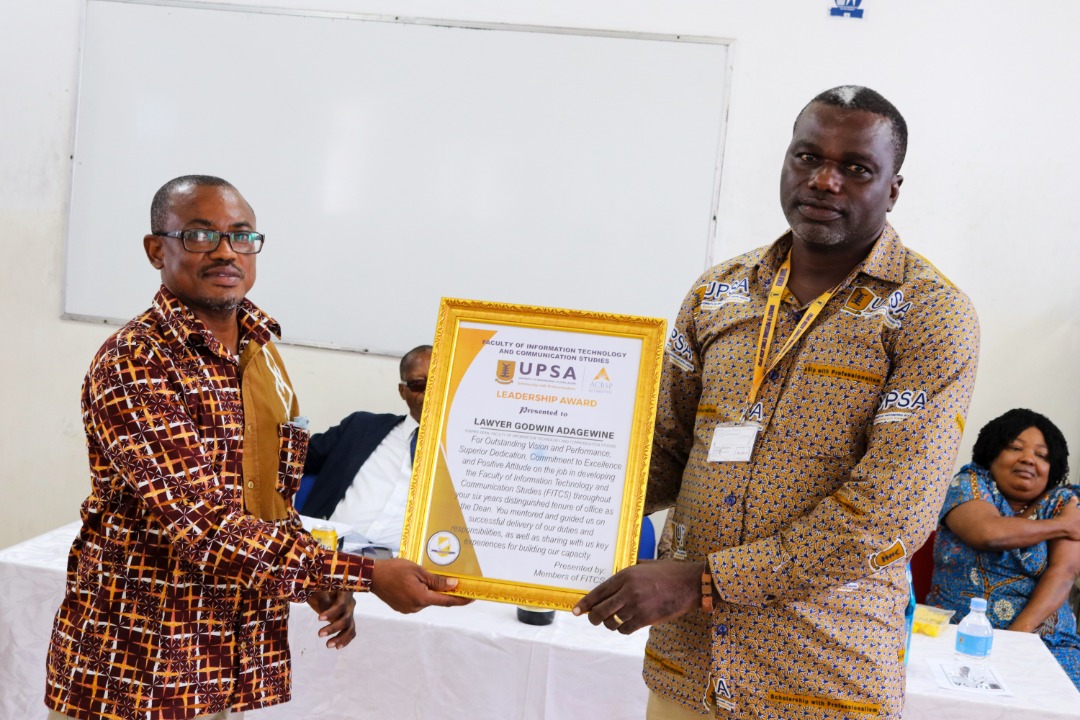 Former Dean of the Faculty of Information Technology and Communications Studies (FITCS), Lawyer Godwin Adagewine and the immediate past Head of the Department of Public Relations (now Department of Communications Studies) Dr Kweku Rockson have been honoured for their remarkable service and immense contributions to the rapid transformation of the Faculty.

Speaking at a brief send-off party organized for the two personalities on Friday, 19th July, 2019, Dean of FITCS, Dr John Bosco Damnyag commended his predecessor for his selfless stewardship and operational effectiveness. He told the experienced academicians “your contributions to this Faculty has not gone unnoticed, that is why we would wish to appreciate your efforts as you sojourn into other endeavours.” 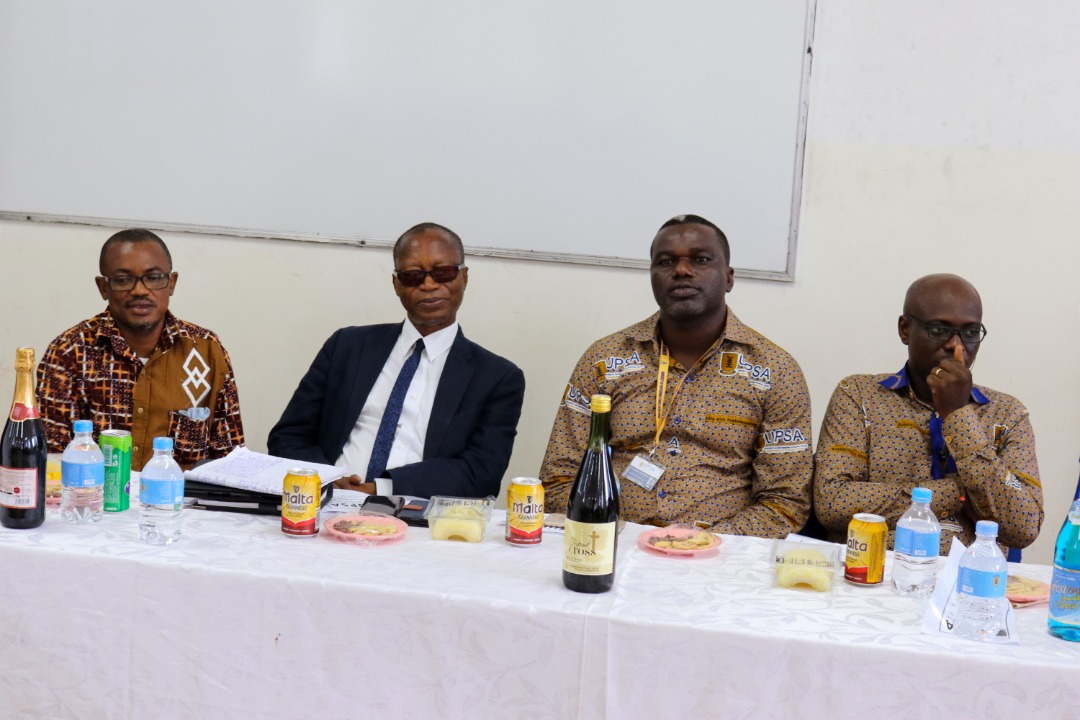 The two were presented with citations and some souvenirs.

Lawyer Adagewine was presented with a leadership award for “his outstanding vision and performance, superior dedication, commitment to excellence and positive attitude on the job in developing the Faculty of Information Technology and Communication Studies,” a portion of his citation read.

While Dr Rockson, on the other hand, was honoured for his “remarkable service, assistance and contribution to the advancement of the Department of Public Relations.”

In his appreciative speech, Dr Rockson thanked the Faculty and organizers for the honour bestowed on him and his former colleague. He added that “the future looks bright for the Faculty” and urged the current dean to push for the interest of the Faculty members in order to excel at his role. 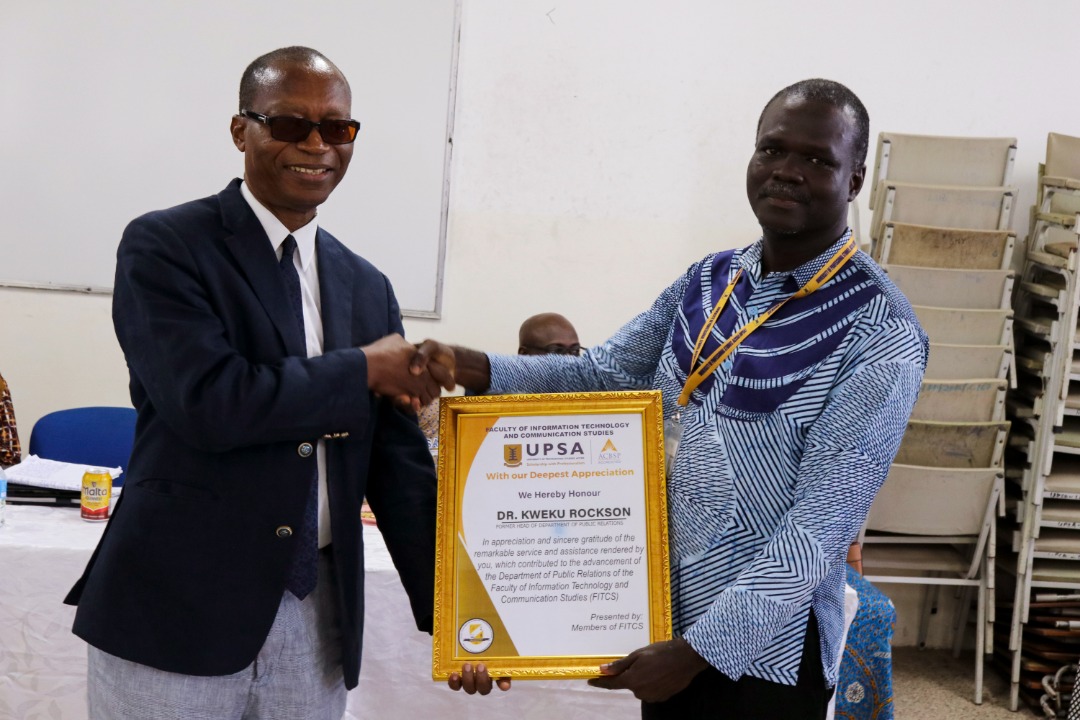 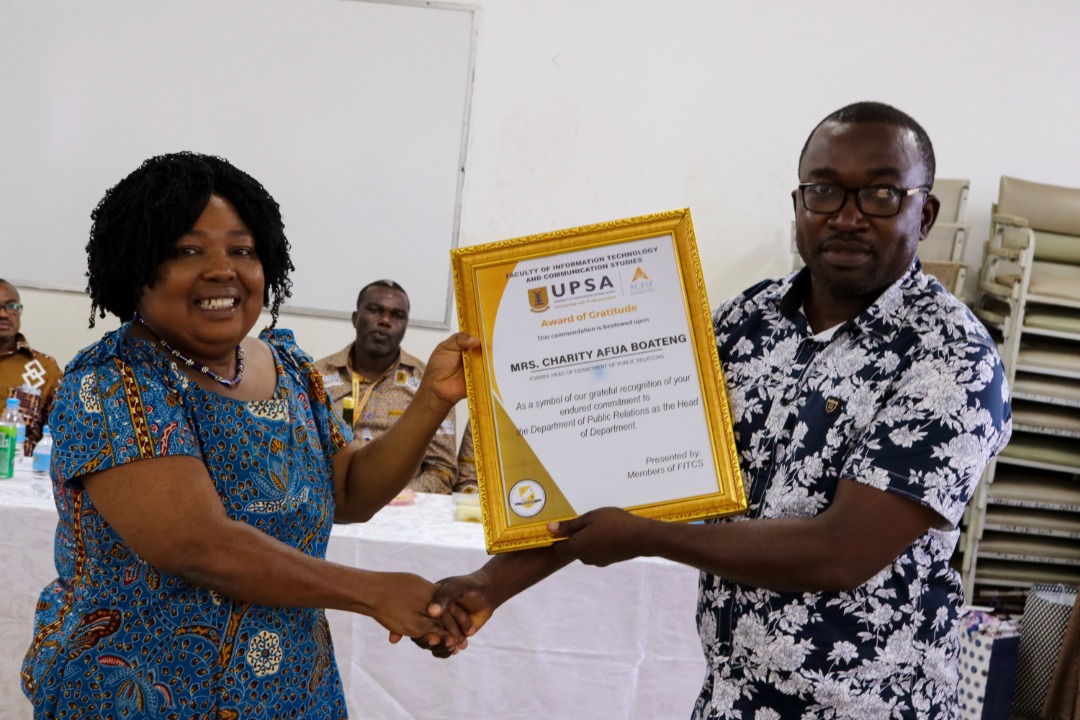 Lawyer Godwin Adagewine was dean of the FITCS from 2012 to 2014 and credited with some of the earliest transformations at the Faculty. He is currently a Senior Law Lecturer at the Faculty of Law after its establishment in 2014. Between 2010 to 2012, he was also the Head of the Department of Public Relations Studies and was the Coordinator of the Weekend School from 2008 to 2010.

Dr Kweku Rockson was a Consulting Senior Lecturer and Head of the Department of Public Relations Studies from September 2015 to September 2018 before being promoted as dean of the Centre for International Education and Collaboration (CIEC) in October 2018. Until his retirement in March 2019, Dr Rockson also played significant roles on the academic board of the University.

FEATURE: The Ivory Tower Goes To The Marketplace