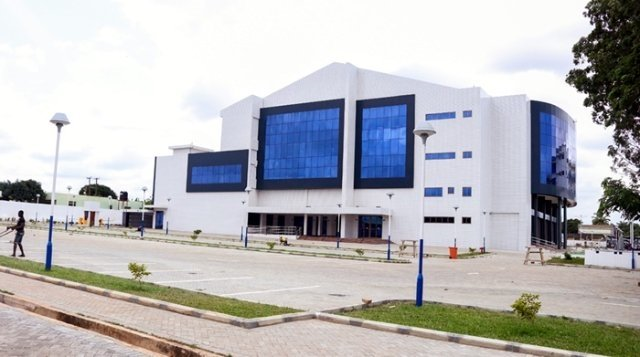 Truth be told, this was not the first time that these high-ranking officials of the University were doing this. It is a near-routine activity for the Vice-Chancellor (VC) to make time and to intentionally bridge the gap that typically exists between leadership and the led to interact and share any challenges they are confronted with and, together, find workable solutions to them.

During the course of this interaction, the VC made a remark that struck me and set my mind to go down memory lane. No, I was not ruminating over my personal life experiences. I began thinking about how right under my nose, I have seen UPSA evolve over the relatively short period that I have been working in this institution. I also started thinking about how given the chance, I could tell the UPSA story. To me, UPSA has been and will forever be a living entity which has grown and possibly matured over time, just like it is expected of any living being.

As the institution marks its 55th Anniversary this year, I have seen and heard many positive things said about this university. I remember someone (my mum, actually) visiting me on campus quite recently and express delight about how transformative the school has been over the years and how it can be a viable case for transformational leadership and institution. Wondering why? I believe you will find answers by the time I get to the conclusion of this article.

I came to UPSA just at the brink of her transformation from the Institute of Professional Studies (IPS) to the University of Professional Studies, Accra (UPSA). This was the time that undergraduate students shared the same lecture halls with their graduate counterparts. A time when the “Great Hall” was located where the school clinic, The Ewontoma Medical Centre, is currently sited.

I did not have the “honour” of ever teaching in the Great Hall, as it also served as a lecture hall for undergraduate students. Colleagues that had the “privilege” always complained about how the heat generated in that place was so unbearable that it must have been better lecturing were held under trees. And truly, that was the story of UPSA years earlier. Lectures were held under trees and if students and tutors were lucky, under summer hats.

When I joined the University, the only iconic structure on campus was the Administration block. The library, back then, occupied a share of the last floor of the E. A. K. Akorful Building which today is nowhere to be found.

No, it did not vanish into thin air, neither was it blasted out of existence; it has been demolished to resurface someday soon but in a magnificent aura. That building, together with the, hitherto, J. B. Buamah Building (which housed the Physical Development Unit and other offices) have both gone down but they will return as a ten-storey twin tower. Yeah, ten-storey! UPSA “ain’t” joking at all!!! (hahaha).

Right now, UPSA can also boast of a fully-fledged, world-class library. The six-storey Joshua Alabi Library stands elegantly at the East of the campus. It has up-to-date and a unique collection of a blend of academic and professional readings and research materials in the spirit of the University’s mission of producing scholars and professionals.

Today, most lecturers have offices and there are conference rooms for all academic Faculties, where lecturers hold meetings and the fewer lectures who do not yet have offices allocated to them use these spaces as temporary offices.

Gone are the days when lecturers’ had to use the boots of their cars as offices! No, the lecturers were not addicted to car boot sales (lol). I have been told that lecturers had to keep all their work-related materials and gadgets, such as books, students’ assignments and laptops in the rear compartment of their vehicles. For some, they had to also use the front passenger seat or back seats of their cars as well.

In between lectures, a lecturer would count himself highly fortunate, if he had his car packed under a shade (most preferably under a tree). So he could afford the “luxury” of resting his body and mind in his car ahead of his next class.

There were also times some lecturers, in their bid to be benevolent to a “neighbour”, rather brought discomfort to those that were extended the generosity of a lift in their cars. Those given a ride had to practically contend with loads of books that could not find shelves to sit on.

Another interesting fact about the conference room of our faculty, The Faculty of Information Technology and Communication Studies, is that it used to be called the “Common Room”. Yah! Your guess is right; it was the room where all lecturers converged. No, they were not converging there for meetings. It was, in fact, the only office for lecturers of all faculties, departments and units. The VC tells us it was nicknamed ‘the parliament’. And it was meant for the fastest and, possibly, the strongest and the fittest. It was where the saying “the early bird catches the worm” made meaning to anyone. You had to resort to your car-boot-office if you did not arrive on campus early enough to get a seat in the parliament house.

And here is an enthralling fact about “the parliament”: there was a particular vacant seat that could be available but you could just not sit on it. Want to know why? It was meant for the speaker of that parliament! You dared not sit on the speaker’s seat. If you ventured, heavy sanctions would be meted out to you. To avoid those sanctions, it was only wise that you headed to your car boot, that is, if you even had one at all (hehehehe!).

Next time you visit UPSA ask about this room and take a tour there. Our Faculty has been thoughtful enough to preserve institutional memory to still keep the pigeon holes of the few lecturers who were fortunate to have had one for themselves. You will get to see names like Mrs. Mary Essiaw (now Dr Essiaw), Mr. Brian Akrong, Mrs. Peace Adzadi, Mrs. Hellen Akorful (now Dr Akorful), Mr. Godwin Adagawine, Mr. S.B. Ofei, (now Dr Ofei), Mr. Fred Doe (now Dr Doe) and the list goes on and on. That alone speaks to how far we have come (hahaha!).

Away from that, the clinic at the time (which actually passed for a sick bay) was in some obscure corner north of the campus. If my memory serves me right, the OPD of the clinic could not seat up to 15 patients. Today, we have a health facility with enough space to carry out students medical examinations, attend to patients, offer flawless diagnostic services, ante-natal healthcare, among others.

Not too far from the health facility is our ultra-stunning and avant-garde near 3000 seater auditorium. The edifice also has four (4) spacious meeting rooms and back lobbies which can simultaneously host different functions. By the way, should you require such spaces for your event, call up the Business Development Unit, will you? (Wink, wink). And…Hey, you don’t have to bother about parking space. Aside from the parking lot around the auditorium, there is adequate parking space underneath it: the auditorium has two-level parking that can take up to about 120 vehicles.

Sitting next to the auditorium is an imposing Justice Aryeetey Building- a six-storey lecture block complex with offices for Deans, Faculty and Departmental Officers and other administrators of the university. Well, it will interest you to know that where this building stands used to be full of shrubs.

Now, students don’t have to stand during lecture hours as it used to be years ago. These lecture halls have excellent PA systems and smart lecterns which are fitted with technological devices that make teaching and learning easy.

Students also have access to a six-storey multi-purpose Students Centre where they are able to have secretarial services rendered to them. They are also able to purchase decent meals from the various eateries available there.

There have been advancements not only in the infrastructural outlook of UPSA but also in programmes on offer to students. Not counting qualifications UPSA is known for, prospective students get the opportunity to study for qualifications in Law, Public Relations Management, Actuarial Science, Business Economics, Real Estate Management and Finance, job-tailor-made MBAs, Master of Philosophy degrees as well as a PhD degree, as long as they meet the programme requirements.

Now, within a reasonably short time, UPSA has really been transformed. All of these creditable achievements have not happened in a day. It has been an evolution. An evolution which has taken place as a result of the initiatives, sacrifices and resolve of past and present visionary leadership at various levels of the university, faculty, staff, alumni and students.

Next time I get the opportunity I hope to write about past leaders of this great institution and, possibly, some notable alumni.

Happy Anniversary to UPSA! As we reflect on and celebrate ‘our past and ignite our future‘, I believe there are many exciting times ahead, trust me.

Long live the Faculty, staff and students of UPSA;

The writer is a Lecturer at the Department of Communication Studies, University of Professional Studies, Accra.