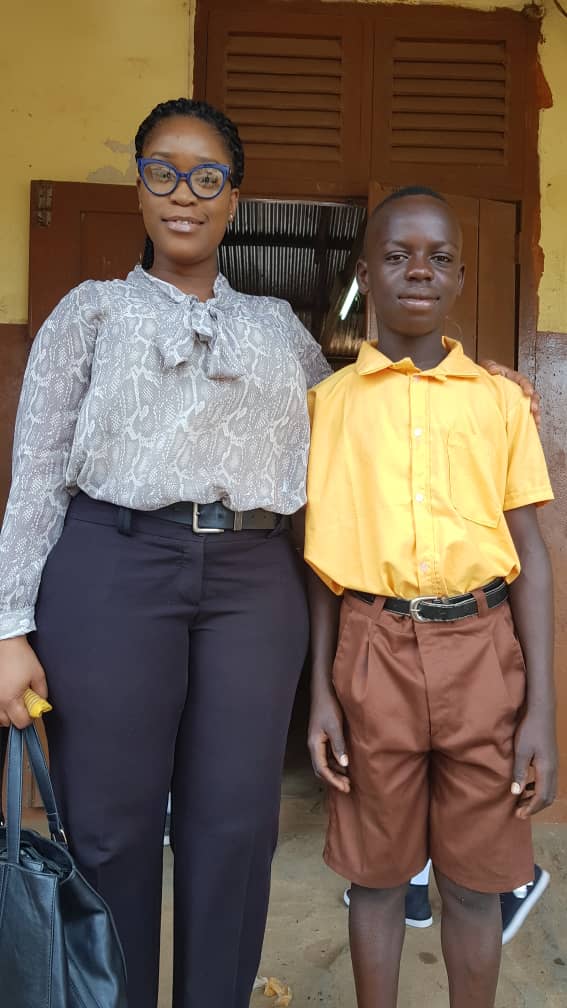 A STORY OF HOW A UPSA STUDENT DEMONSTRATES INDIVIDUAL SOCIAL RESPONSIBILITY

I was 10 years old when my siblings and I experienced some hardship back in Takoradi in the Western Region. We had to quit school for a whole year because mummy couldn’t afford to pay our fees. I was the second child out of five children.

I had to sell “ice water” and sometimes, boiled eggs on the streets of Takoradi to support mummy so we don’t go hungry. I remember vividly when the only money we had at the time was 200 old cedis (it was a paper note at the time) and a sachet of bitter cocoa powder to feed on.  Times were hard! But by the Grace of God, things become better and we went back to school.

Because of this experience, I can relate to others who are in similar situations and I’ve always had the urge to help in the small way I can if I have the means to because I have always gotten enjoyment and fulfilment from it. Eighteen years down the lane, I’m currently a level 400 student of the University of Professional Studies pursuing a Bachelor’s degree in Public Relations Management.

I was at home one day, when I met Thomas Mawunegah aged 13 years in my neighborhood fetching water at a time that he was supposed to be in school. It wasn’t my first time of seeing him at such ungodly hours, so I engaged him in a conversation.

I asked why he wasn’t in school at the time and he told me he has been out of school for about a year because his parents couldn’t afford to pay his fees so what he does is to wash cars of people in the neighbourhood to save some money to pay his fees.

At the time he had saved up to only 40 Ghana Cedis.  Guess what, his tuition fee was just 120 Ghana Cedis. I was so touched because I could relate to his situation. So there and then, I took him to his house to meet his father just to confirm the story and it was true.

Thomas’ daddy had lost his job as a taxi driver and they couldn’t afford to eat three square meals a day.  I asked permission from his father to allow me to pay for his fees and get him all other materials which included a school uniform, three pairs of shoes and a school bag. He didn’t need books because that was being provided for by his school.

I am pleased to say that Thomas has been enrolled back in the LA – NKWANTANANG MADINA M/A 1&4 PRIMARY SCHOOL  from May 2018 till date and I believe God to help me to see him through his basic education. Thanks to the Free SHS policy initiative of the current government, Thomas’ SHS will be catered for.

This story goes to inspire my colleagues at the University to extend a helping hand to people who truly need it.  Sometimes, all it takes is one person to give us the help we need to make it through.

It could be that smile you share with the broken hearted, the kind words, sometimes a warm gesture like a hug goes a long way to restore hope to somebody. People think they should have it all before they can help others but that shouldn’t be the case.