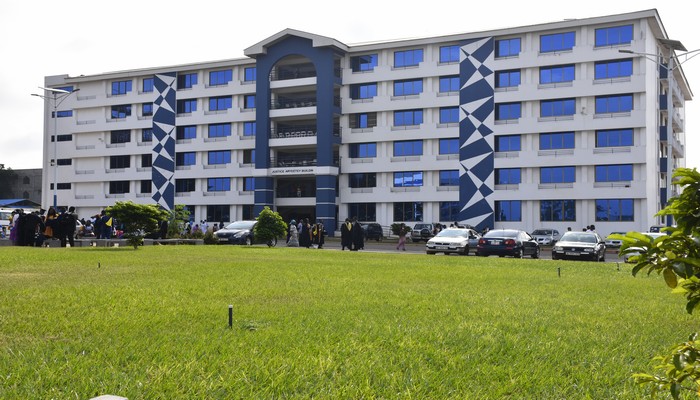 The Department of Information Technology Studies is by this notice, humbly inviting all senior members to its research seminar on Tuesday, March 30th, 2021 at 2:00 PM via zoom.

The papers to be presented are:

1. UNDERSTANDING CONSUMER SUBCULTURE OF THE YOUTH ON SOCIAL MEDIA

2. THE ROLE OF INSTITUTIONAL ELEMENTS ON MOBILE LEARNING INTEGRATION IN HIGHER EDUCATION.

3. AN EFFICIENT AND SECURE ONE-WAY CRYPTOGRAPHIC HASH FUNCTION WITH DIGEST LENGTH OF 1024 BITS

TOPIC: UNDERSTANDING CONSUMER SUBCULTURE OF THE YOUTH ON SOCIAL MEDIA
The turn of the new decade may mark a new wave of online consumer culture. First, the onset of the Covid-19 pandemic in 2020 as a global threat and the consequent lockdown of cities across the globe by governments including the closing down of schools, shops, and businesses, and the limited movement of persons from their homes have seen a staggering rate in the usage of digital technology. Millions of users now depend more on apps to work, socialize and entertain themselves ushering in a new digital behaviour.

Second, Social media technology is shifting with constant innovation. For example, in 2019, Mark Zuckerberg announced a plan to unify Messenger, Instagram and WhatsApp to offered users more intimate social experiences. Social networks do not only enable subcultures but also influence, overtly persuade and covertly manipulate users through hyper-nudging techniques to behave in certain ways. Social media algorithm determines how user-generated data is positioned in a user’s news. Social network operators exercise algorithmic sovereignty and use that to commoditize the data generated by users who are completely subordinated in the process. Operators are also increasingly using algorithms that automatically produce content (bots) to interact with largely unsuspecting users who are unaware that they are interacting with non-humans. Bots are used as social media influencers or non-human followers.

TOPIC: THE ROLE OF INSTITUTIONAL ELEMENTS ON MOBILE LEARNING INTEGRATION IN HIGHER EDUCATION.

The purpose of this research is to explore the processes of m-learning integration in two institutions and identify factors that influence outcomes. Two public Higher Education Institutions (HEIs) in a developing country (DC) that have embarked on m-learning were examined as cases. Three categories of participants (administrators, lectures and students) were selected in each institution. Administrators serve as facilitators for the learning process. Lecturers and students are users of the mobile learning platforms. A purposive sampling technique was used for participant selection to avoid spending time on fruitless sources. Open-ended questions framed on the guiding theory (new Institutional theory) was used in gathering primary data. Interview data was recorded with a mobile device and manually transcribed. Data was analyzed using general qualitative principles. The study identified that in public HEIs in a DC, technical and non-technical factors influence integration results. Social factors tend to inhibit integration outcomes. The inhibiting social factors include absence of management involvement, schedule durations, inadequate planning and remuneration for workers. Disparately, whiles the technical factor of platform scalability enables integration in one institution, platform complexity inhibits integration in the second case. From the examined cases on public HEIs, non-technical factors are likely to constrain integration.

It has always been a challenge to send information from one person to another through the internet safely. Advances in technology make it possible for a hacker to intercept such messages, manipulate them and then resends them. The worst part is that he can carry out this unethical practice in the comfort of his home. Another bad use of technology is seen when a hacker illegally gains access into an access controlled system and causes havoc. Mostly is either he will steal the credentials (username, password, etc) of a user of the system or predict such credentials by exploiting the weakness in technology. There is also the issue with two people both claiming single ownership of an invention. One way cryptographic hash functions can be used to curb these problems. For example the hashing of the passwords of users of a system can prevent hackers from stealing and using such passwords to gain access into access controlled systems. Also information to be sent through the internet can be hashed so that both the hash value and the information will be sent. The receiver can then hash the received message and compare it with the hash value sent along with it. If they match then it means the information was not manipulated during transit. If they do not match then the receiver will know that someone tampered with the information during transit. Inventions can also be digitally time stamped by hashing and appending the date and time the invention was made and rehashing. In this way the rightful owner of an invention can later be proved. Researchers have however revealed serious security flaws in the existing hash functions such as SHA512, MD5, RIPEMD160 and HAVAL128 etc. This research proposes a novel approach to constructing one way cryptographic hash functions by using a more complex message padding procedure where by characters in the message as well as characters in the reversed message are appended to the message.