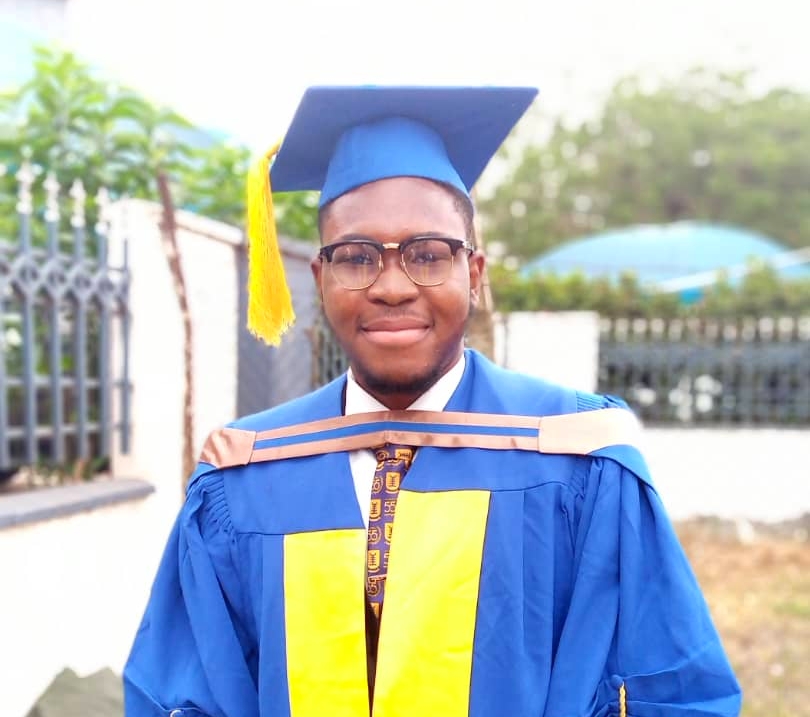 Emmanuel Laryea Anang emerged the overall best graduating Diploma student in the 2020 graduating class, and according to him, coming to the University of Professional Studies, Accra has been a blessing in disguise.

The former student of Adisadel College explained that he nearly gave up on life when he missed out on his first choice institution for tertiary education. However, arriving at the professional university two years ago and experiencing what he described as the ‘UPSA experience’ he, with benefit of hindsight, believes he made the best decision.

The unassuming young man was speaking in an interview shortly after the Second Session of the 12th Congregation of the University where he was adjudged the Best Diploma Student as well as the Best Graduating Student in Diploma in Accounting with distinction.

Emmanuel expressed his appreciation to the Faculty as well as his colleagues for their immense support and encouragement over this period of study. He said even though he ‘feels great’ and ‘excited’ about the awards, he believes there is more to achieve both academically and in life.

“I see this as stepping stone,” he said, “to achieve more in my degree programme and later in life.”

The 20-year-old, who intends to further his education almost immediately, revealed that he has already applied for admission to pursue a Bachelor of Science in Accounting programme at the UPSA. He is also hopeful of enrolling in a professional programme to kick-start his journey into becoming a chartered accountant.

“In the near future, I would be happy if I could land a job with one of the top four accounting firms even though it is my dream to set up my own business and become an entrepreneur one day,” he says.

On his fondest memory as a diploma student at UPSA, Emmanuel said he would remember the institution for how it swiftly responded to the coronavirus pandemic which affected almost every facet of human life by migrating teaching and learning online to ensure the successful completion of the 2019/2020 academic year.

He said: “For the first time, we had a feel of the technological side of education. The online tutorials, electronic submission of assignments and the novel Take-Home-Examination were improvisations from the University that deserve commendation.”