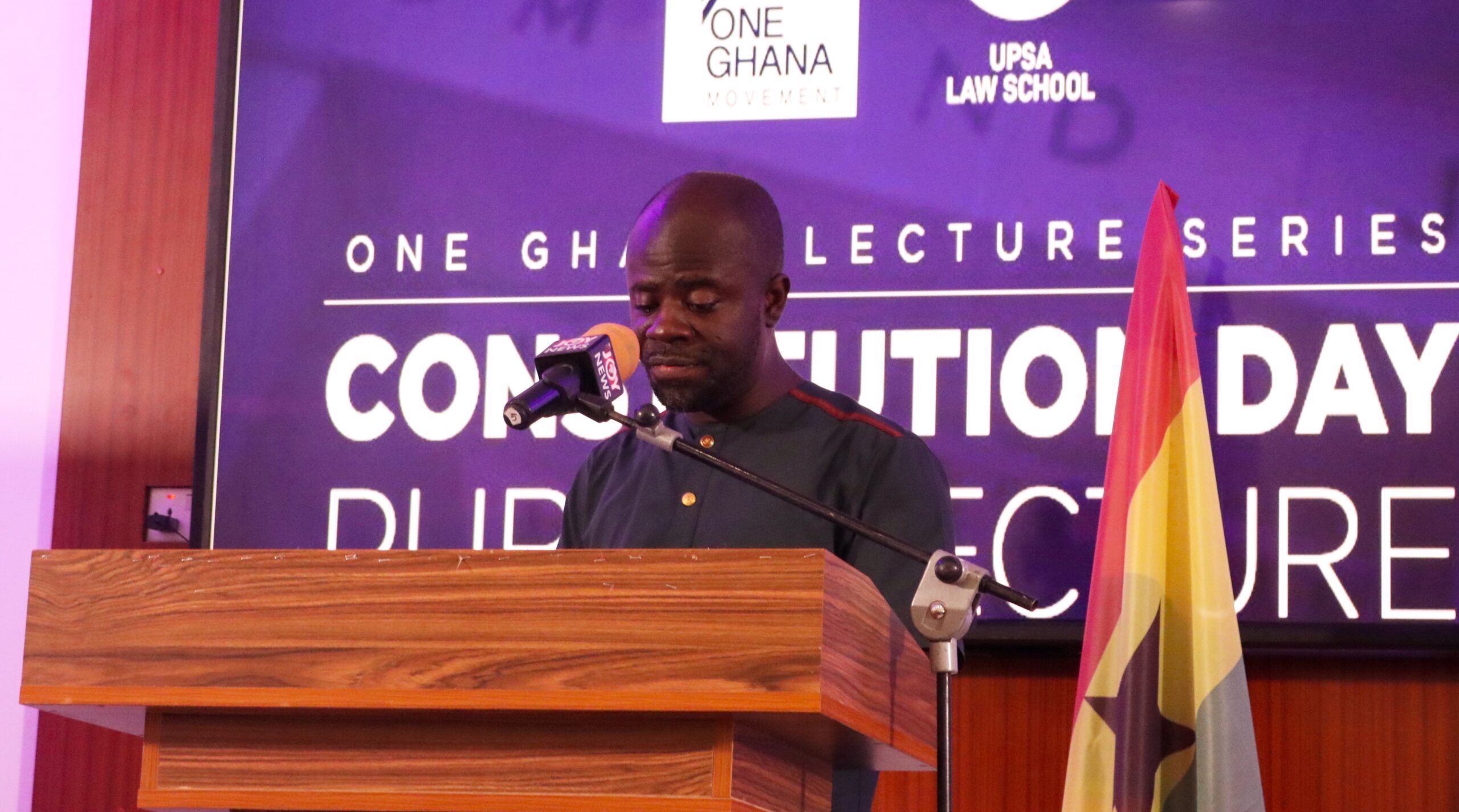 Dr Abotsi noted that, although the country has experienced constitutional development over the past three decades, the development of her citizenry leaves much to be desired.

He believes that real growth must lead to the realisation of the values and aspirations of the Constitution beyond the text and superficial actions demanded by the Constitution.

Dr Ernest Abotsi made these observations when he addressed a large audience at the maiden edition of the Constitution Day Public Lecture organised by the UPSA Law School and One Ghana Movement, a not-for-profit organization that seeks to promote public policy accountability and citizen responsibility.

The event was held under the theme “Realising the constitution beyond elections: citizenship, public goods and inclusive governance”. It took place at the West Wing of the UPSA Auditorium.

It brought together political actors, civil society organisations, members of the academia as well as students.

This year’s lecture sought to highlight the role of the citizen in governance and the place of government relative to the constitution.

Dean Abotsi explained that the shadow constitution is activated whenever the constitution is interpreted by organs of government like Parliament and the Executive in ways that depart from the original and purposive intent behind the provisions of the Constitution.

“The shadow constitution may explain the reason Parliament is prepared to concede ground and interpreted article 108 to imply that the institution lacks legislative authority to initiate legislation without executive input or consent,” he said.

“The shadow constitution is the reason why the debate on the number of ministers to be appointed has become hotly politically contested. It is the shadow constitution that gets Parliament illegally arrogating unto itself developmental functions and allocating moneys to its members for projects.”

He asserted that the risk of implementing the shadow constitution often only inure to the benefit of a few self-serving political actors and constitutionally mandated bodies.

This, he said, has resulted in a situation in Ghana “where we have experienced constitutional development without growth.”