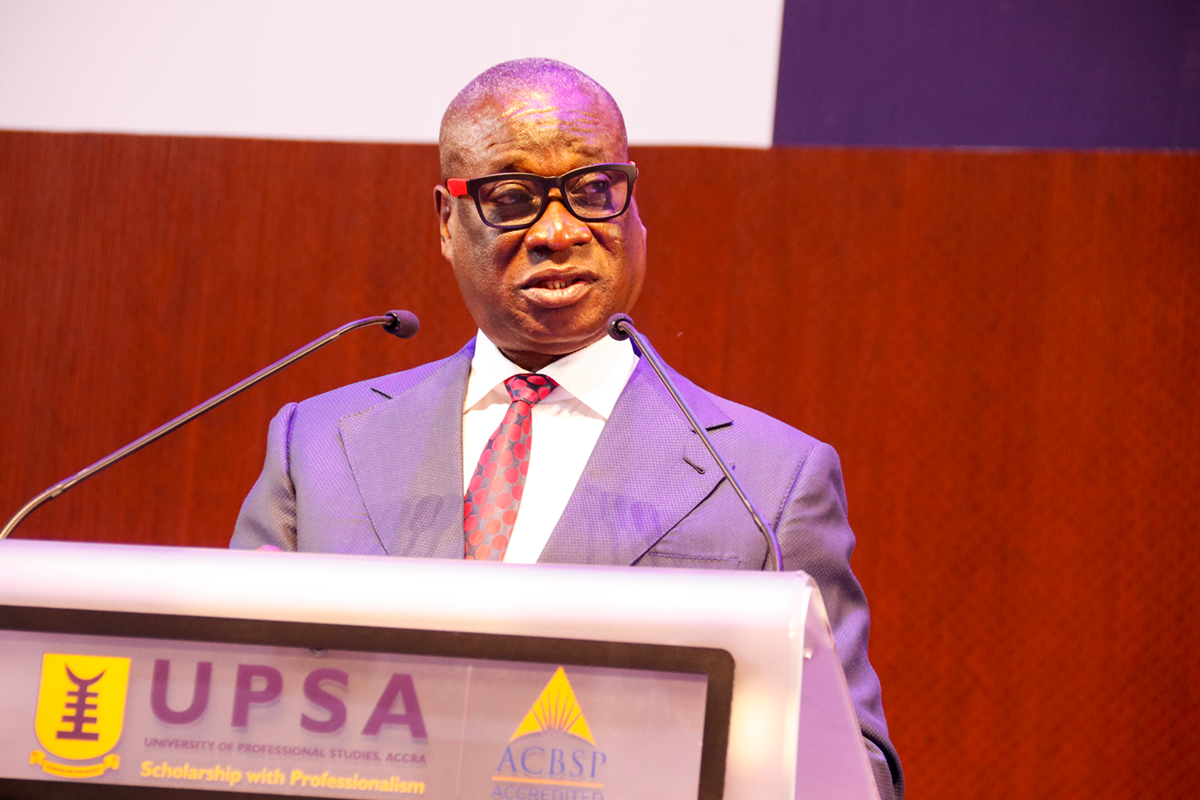 The Governing Council of the University of Professional Studies, Accra (UPSA) has appointed the Chief Executive Officer of the Ghana National Petroleum Company, (GNPC), Dr. Kofi Koduah Sarpong, as the new Chancellor of the University.

Dr. Sarpong’s appointment was communicated to the university community in a circular dated January 24, 2022, and signed by the Registrar, Dr. Koryoe Anim-Wright. The circular said the decision was taken at the 82nd Meeting of the UPSA Governing Council held on Thursday, December 9, 2021.

“In filling the Chancellor role, the criteria and processes delineated in Section 14 of the University of Professional Studies Accra, Act, ACT 850 and Section 5.0 of the Statutes, were diligently followed,” the circular indicated.

“In addition to the criteria stated in the Act and Statutes, the University also considered a personality that shares the University’s values, vision, goals, and ambitions and possesses an affinity for its work [and] recognizes and celebrates the importance of higher education, has a distinguished public servant/service record; and possesses proven fundraising skills and international connections.”

The UPSA Governing Council further considered other qualities like the ability to promote the university and its achievements, regionally, nationally, and internationally, as well as a proven mentorship and passion for social responsibility and community service and an excellent academic profile.

“We congratulate Dr. Sarpong on his appointment and proudly welcome him as UPSA’s Chancellor,” the circular concluded.

A formal installation ceremony will be held in the coming months.