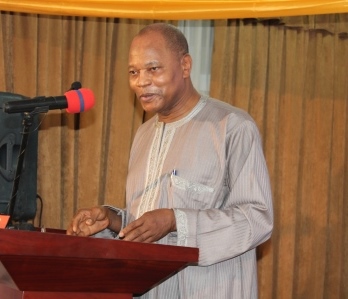 UN Secretary-General special representative in West Africa and the Sahel, Dr. Mohammed Ibn Chambas says its time for African youth to develop their own value system of thinking and culture in renegotiating  the future of the continent.

Delivering the inaugural Annual Leadership Lecture of the University of Professional Studies Accra (UPSA), Dr. Chambas said “the change [the youth] want begins with them coming together and developing their own culture and value system for thinking, planning, implementation, accountability, integrity, and collaboration. It is up to the African youth to step up and shape the narrative of our continent”.

Africa Rising has been become a popular sentiment to describe the progressive movement of the continent since the late 2000s. However, with stagnant economies and rapidly growing populations, Africa’s rise is in danger of slowing down unless the youth are engaged and find a way to propel the continent forward. The consulate diplomat who doubles also as the head of the United Nations Office for West Africa and the Sahel (UNOWAS) noted that approximately 70% of Africa’s population is under the age of thirty and in order for the continent to progress, the youth must now take the lead to drive change forward.

The  lecture was on the theme “Equipping the youth to renegotiate Africa’s position in the era of Africa Rising.”

Among other things,  Dr. Ibn Chambas urged African leaders to place a lot more focus on the management of the rate of increase in the population of their countries as it could negatively affect their economic growth. He also called on the leaders to effectively tackle corruption and promote accountability in their states as that would be a giant step towards the development they seek. 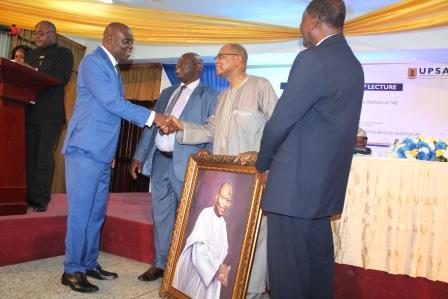 The Vice Chancellor of the University, Professor Abednego F. Okoe Amartey said the leadership lecture is a new flagship program intended to influence quality leadership in the country and across the continent. He noted that the annual lecture is under the broad theme; “Leadership in Ghana; Meeting global standards”.