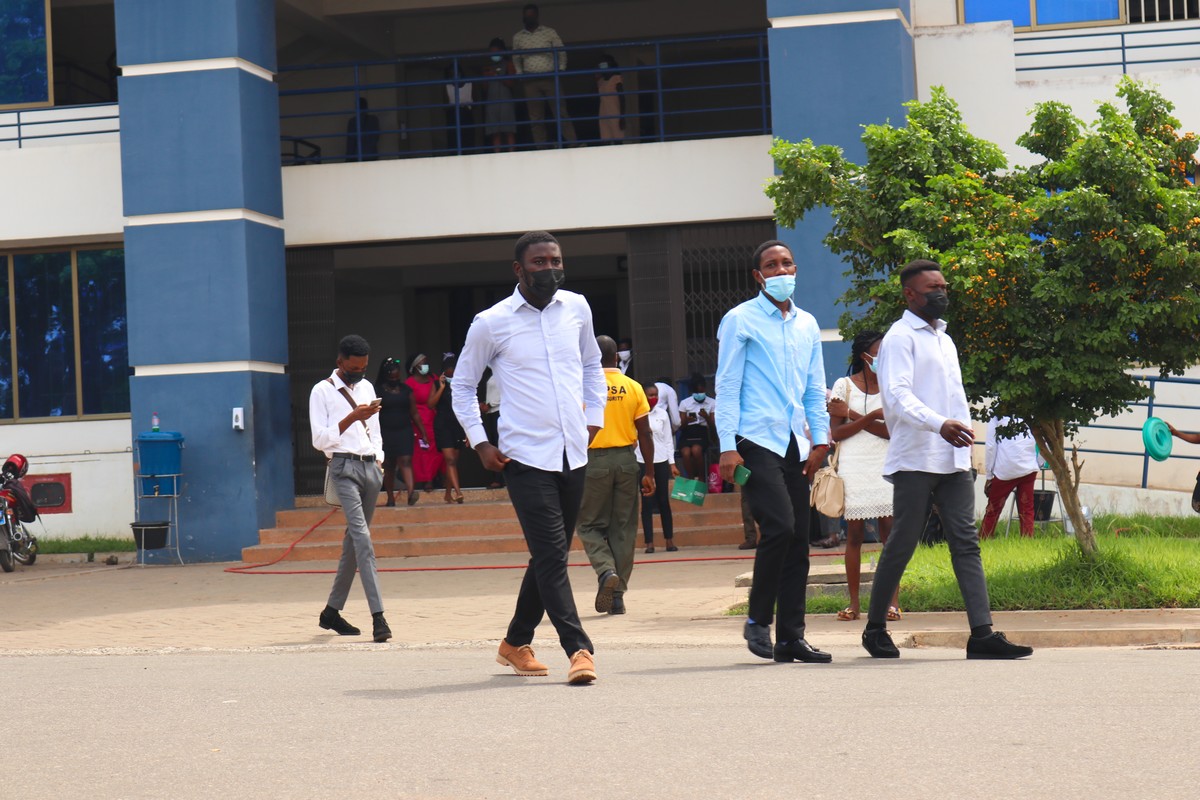 Ghana’s largest-circulating newspaper, the Daily Graphic has endorsed the UPSA’s insistence on decency in dressing on campus.

The newspaper believes the edict for students to dress decently or professionally to lectures was in the right direction and also falls in line with the institution’s status as a professional university.

In an editorial published on Monday, February 22, 2021 under the caption ‘Enforce rules on decency on campuses,’ the newspaper commended the Management of the University for its brave leadership and commitment to enforcing the rules on dressing on campus which are conspicuously enshrined in the Student’s Handbook of the university.

“For us, the position taken by the UPSA is not only apt but also refreshing,” the editorial said.

“[It is] a clear demonstration of leadership, which is never scared of enforcing the rules that governs the institution.”

A recent reminder from the Vice-Chancellor, Professor Abednego F. O. Amartey, for students to comply with the university’s dress code attracted overwhelming support from the university community but also ignited a national debate among the general public about what constituted ‘decency in dressing’ and whether or not universities could compel students to dress in a particular way.

Contributing to the debate, the Daily Graphic opined that it is strongly in favour of the stand taken by the Management of UPSA.

The paper said it believes that there should be some level of decency when it comes to dressing on our campuses.

The editorial stated: “Our position is borne out of the fact that tertiary institutions are not just places where students should be taught academically; they should also serve as avenues where people are trained to be socially responsible and morally upright.”

The newspaper further asserted that “law and order, in many facets of society, have completely broken down just because the rules and bye-laws which are clearly documented and can be defended when used have been relegated to the background. In the end, we see more of a lawless society.”

It, therefore, called on the Students Representative Council (SRC) of the university to support the authorities by working hand in hand with them to ensure that the rules governing dressing on campus are fully implemented in their own interest.

The newspaper also urged other universities to emulate the example of the UPSA and join the campaign for decency to ensure that decency in dressing is upheld on the various campuses without any fear or favour.