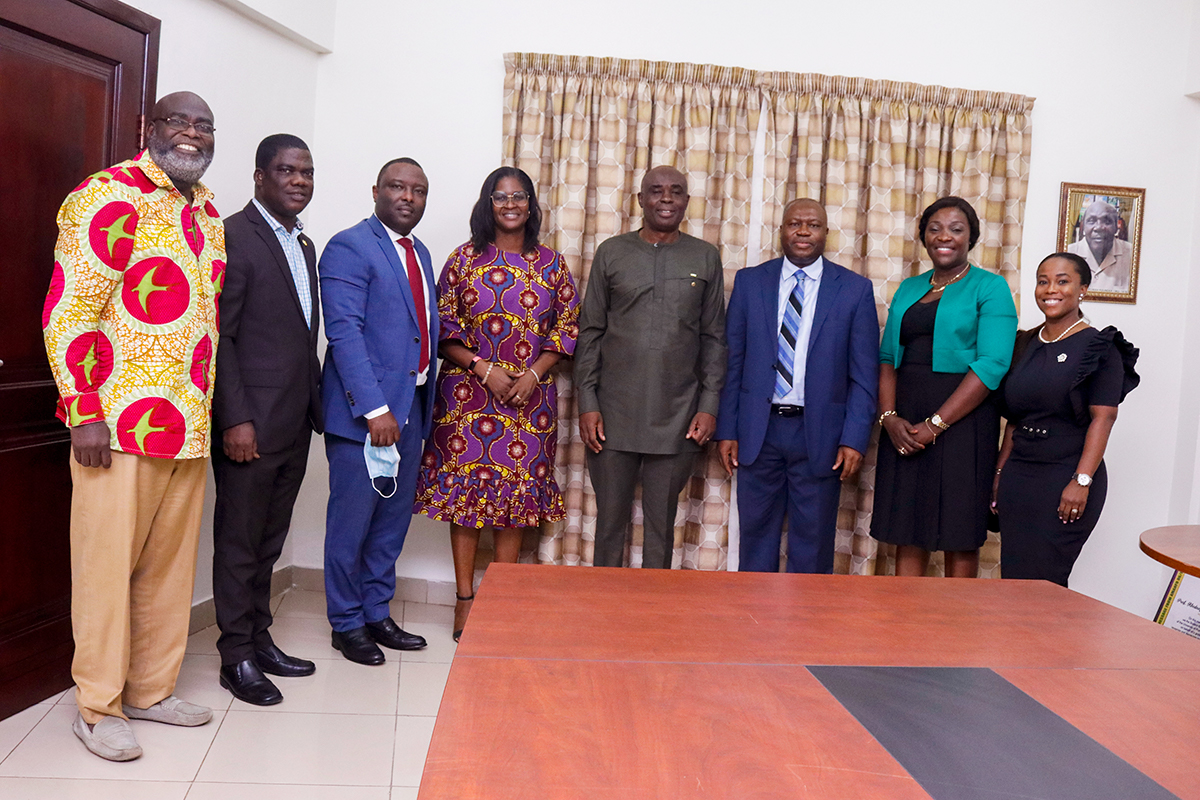 The CEO of Cal Bank, Mr Phillip Owiredu, has assured the management of UPSA of his outfit’s commitment to partner the university in most of its endeavours.

Mr. Owiredu, an alumnus of UPSA, made the pledge when he paid a courtesy call on the Vice-Chancellor, Professor Abednego F. O. Amartey.

The two gentlemen deliberated on a number of issues including a sponsorship package for the University’s upcoming Academy of African Business and Development (AABD) conference slated for May 17, 2022.

Mr Owiredu said the doors of Cal Bank are always open to the University for future partnerships and collaborations.

Prof Okoe Amartey, on behalf of the Management of the University, thanked Mr Owiredu for his visit and unflinching support for UPSA.

President of the Global Alumni of UPSA, Francis Dadzie said the association is proud of Mr. Owiredu. He called for more support from the university’sl alumni to help improve their alma mater.

Also present at the meeting were Dr Koryoe Anim-Wright, Registrar of the University, Mr Nicholas Adjei, Director of Finance as well as some officials of Cal Bank.