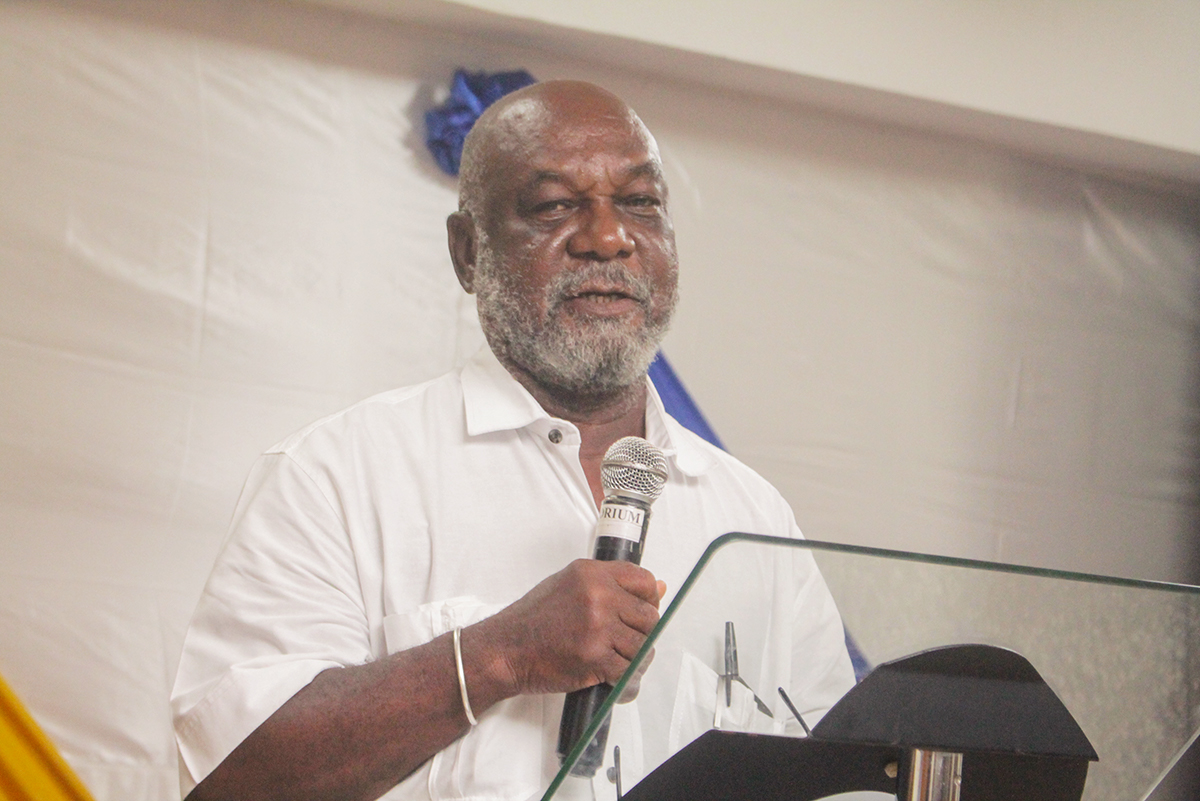 Former Executive Director of the Media Foundation for West Africa (MFWA), Professor Kwame Karikari, has urged media practitioners to be responsive to the advancement of the political, economic, social and cultural needs of society.

He says this must be done in ways that enhance the capacity of citizens while promoting and defending their interest at all times.

The renowned academic and veteran journalist believes this can be only achieved when there is press freedom where the media is allowed to perform its constitutional mandate without interference.

Professor Kwame Karikari made these remarks at the maiden edition of the ‘Guest Lecture Series,’ organized by the Department of Communication Studies of the University of Professional Studies, Accra.

Speaking on the topic, “The Struggle for Press Freedom in Africa (1980s – 2022),” the communication specialist in underscoring the importance of press freedom opined that press freedom is central to the ideological contestations of society.

He mentioned that the indispensable role of the media in the socio-economic development of every nation was not only limited to the provision of reliable information to the citizenry but also exposing wrongdoing in society, holding duty bearers accountable and creating the condition and needed platform for the public to express their opinion or contribute to discussions in the public space.

Prof Karikari said it is against this backdrop that governments around the world must create an enabling environment for press freedom to thrive.

“All around Africa, there have been and there continue to be, on a regular basis, many and varied examples of attacks on, abuses of and violent or legal means of obstructing journalists and other media workers from carrying out their legitimate functions and activities in their societies,” he said.

“Some have been murdered, many are routinely arrested and detained. Others are often arraigned before courts to face prosecution for going against laws or administrative orders that constrain or impede the performance of the journalist in their functions in society.”

He stressed that the use of these tacit means, overt and covert interference, and in some cases, the abuse of and attacks on journalists in the line of duty by sometimes security operatives undermine press freedom and must be discouraged if the media is to effectively discharge its role in society.

For his part, the Dean of the Faculty of IT and Communication Studies, Dr Emmanuel Selase Asamoah expressed his excitement about the launch of the Guest Lecture Series, disclosing that it is the first of many lecture series to be held by the faculty.

Dr Asamoah stressed that the Guest Lecture Series would provide an opportunity for insightful and thought-provoking discussions and expose participants to new knowledge.

Registrar of the University and Chairperson for the occasion, Dr Koryoe Anim-Wright, commended the Department for the initiative.

“I am exceedingly happy that you chose Prof. Kwame Karikari, a highly respected media expert, media advocate and consummate professional for what promised to be an exciting guest lecture series,” she said.

The maiden Guest Lecture Series was attended by Heads of Departments, Faculty and departmental officers, students and some invited guests.