The Dean of the UPSA Law School, Professor Ernest Kofi Abotsi has advised banks and financial institutions to leverage on the African Continental Free Trade Area (AfCFTA) and its associate opportunities to maximize profitability while facilitating the conduct of trade through credit financing.

Prof Abotsi believes the AfCFTA has brought African trade alive, emphasising that the trade regime was here to stay and it was imperative for banks on the continent to take advantage of the numerous opportunities provided by the AfCFTA.

He was speaking at the 6th edition of the Absa-UPSA Law School Quarterly Banking Roundtable held on the topic “Banks, trade financing and the AfCFTA”.

Prof Kofi Abotsi, said the quarterly Banking Roundtable has become one of the most important platforms for sustained conversations on all issues affecting the banking sector in Ghana.

He added that the topic of trade financing was an important subject that does not only affect the banking sector but also continental trade which, he says, was perhaps the most critical issue of African trade liberalization.

“We’re mindful that we are a law school and our immediate preserve is the law. However, there is nothing about banking that doesn’t have legal implications,” Prof Abotsi said in establishing the nexus between the law and banking.

In discussing the critical role of banks in trade financing under the AfCFTA, Chief Technical Advisor of the AfCFTA Secretariat, Mr Prudence Sebahizi observed that the key hindrance to intra-African trade was not about trade financing but rather the lack of co-ordination and integration of data among banks in Africa.

He said African banks find it difficult to get information on foreign investors who apply for credit to do business outside their home countries due to the unavailability of a centralized financial system.

Mr Sebahizi said the AfCFTA through its established protocols on trading and services, will provide regulations that will address shortfalls in financial service delivery and other sectors of the African economy.

“As a policy organisation, we believe that the biggest challenge about trade financing is not about the lack of money. I think it is about how do we integrate our financial markets – [and] how our banks collaborate.

“And through regulations, the protocol will make sure we establish sectoral regulations on financial sector and one of those regulations will not only allow the movement of capital but will also allow the access to capital by the business community.” 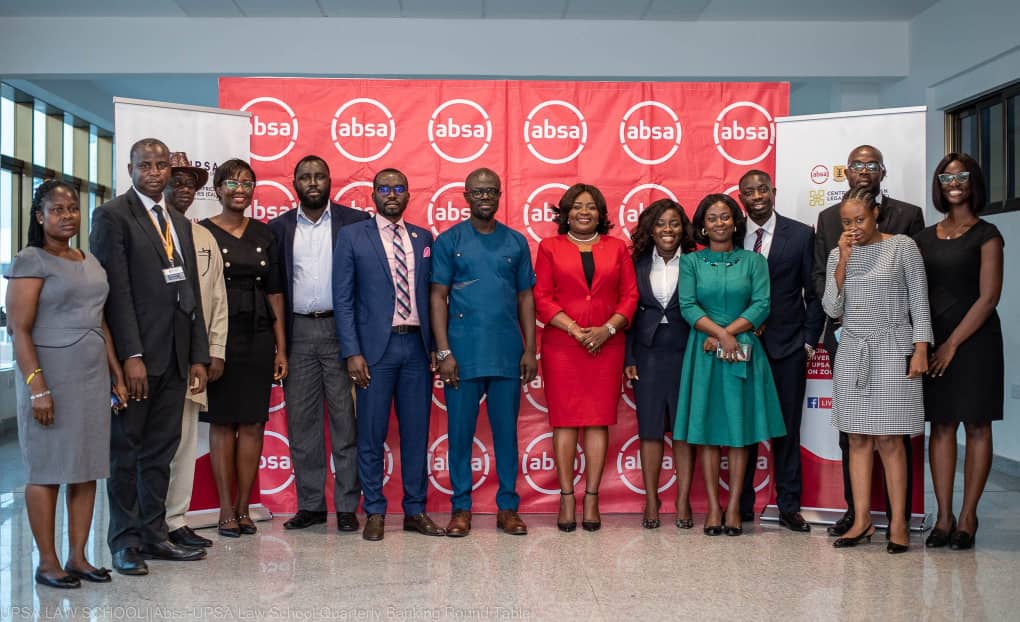 Mr Sebahizi urged African countries to focus on the production of consumer goods to boost trade on the continent and discourage the importation of goods. This, he said, will cut down on the African trade deficit and strengthen local currencies.

“The level of intra African trade is very low which is less than 20%. This means we import more than 80% of what we consume. By doing so, we are losing twice as a continent, Thus our currencies are depreciating because of the many imports we’re doing”, he added.

The Director of Marketing and Corporate Relations at Absa Bank, Nana Essilfuah Tamakloe said the bank’s partnership with UPSA is an alliance that reflects Absa’s overall purpose and commitment to the socio-economic growth of the country by contributing to shaping policies that will inure to overall benefit of the sector.

She added that the Absa-UPSA Roundtable has become a convenient platform for discussing emerging issues of benefit to clients and customers while enabling academia and other stakeholders to feed into solutions proffered by relevant experts to overcome some of the intractable challenges facing the banking sector.