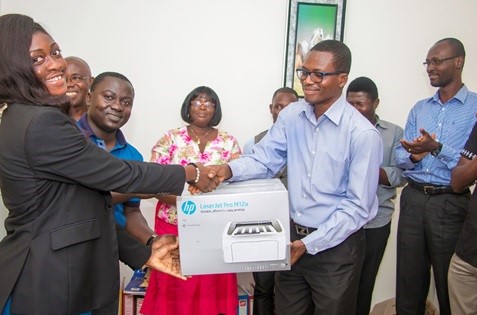 The Association of Business Administration Students (ABAS), University of Professional Studies Accra (UPSA) has honoured eight staff members of the University for their outstanding performance. The award was also in recognition of their immense contributions towards the education, mentoring, and holistic wellbeing of all students of the Association. The awardees include; Dr Emmanuel Asamoah, the Head of Business Administration Department, UPSA.

Speaking at the event, Mr Agyemang, who is the Patron of ABAS­UPSA extolled the many Academic Level Advisors who altruistically accepted to serve as ‘life guides’ to students. In his view, their role had been instrumental in improving the mental health state of UPSA students. “Many of our tertiary students are below the ages of 20 and arguably less experienced to handle the myriads of challenges that come their way. “However young some of these students may be, they are faced with challenges ranging from academic, emotional, financial, social, adjustment problems and even coming to terms with failure,” he stated. “These Awardees gave themselves for this course of bettering the lives of our future leaders,” he added.

Mr Agyemang, who is also a Psychologist and the National Secretary of the Ghana Psychological Association, used the opportunity to encourage other tertiary institutions to emulate the UPSA example by instituting a strong and vibrant student ­support programmes to help curb the insurgence of suicide among seemingly helpless and psychologically vulnerable students. Mr Nasir Egyir, the President, ABAS­UPSA, speaking on behalf of the Executive Board remarked that the maiden recognition awards had been instituted to honour hardworking and dedicated employees of the University. He also added that the awardees had impacted greatly on the lives of members of the Association in diverse ways and ensured that the welfare of the students was not compromised. He used the opportunity to thank the awardees’ for their dedicated efforts to the University.

Dr Asamoah in his remarks commended the students and their Patron, for organising the recognition awards. He noted that hard work and dedication paid off and urged all the awardees to continue to give off their best to help improve and reinforce desired behaviours in their students. Rev Dr Forson on behalf of the other awardees thanked the ABAS­UPSA Executives for the honour done them. He indicated that getting recognised with an award for excellence in your job performance was a positive reinforcement, which would thereby motivate the awardees and other staff to give off their best for the good of humanity.

Dean of Faculty of Law Shares Perspectives on Galamsey