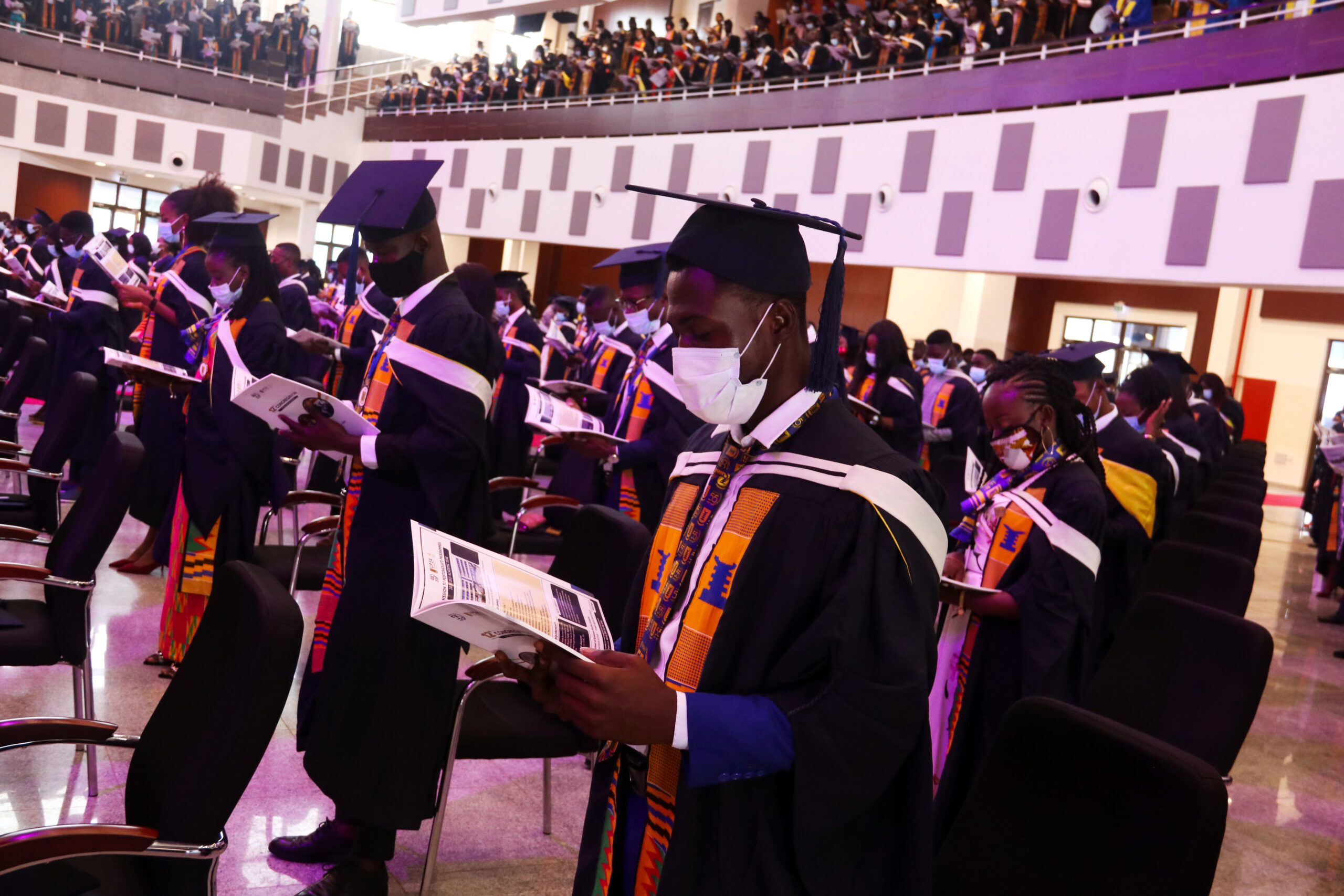 The third session of the 12th congregation program of the University of Professional Studies, Accra (UPSA) saw 1,185 students awarded BSc Marketing and BA administration degrees from the School of Management Studies.
Addressing the graduates, the Chairman of the governing council of the University, Dr. Kofi Ohene-Konadu praised them for showcasing great resilience to get through to the end of their courses of study during a period when the fate of the whole world was thrown into unprecedented uncertainty by the deadly coronavirus. 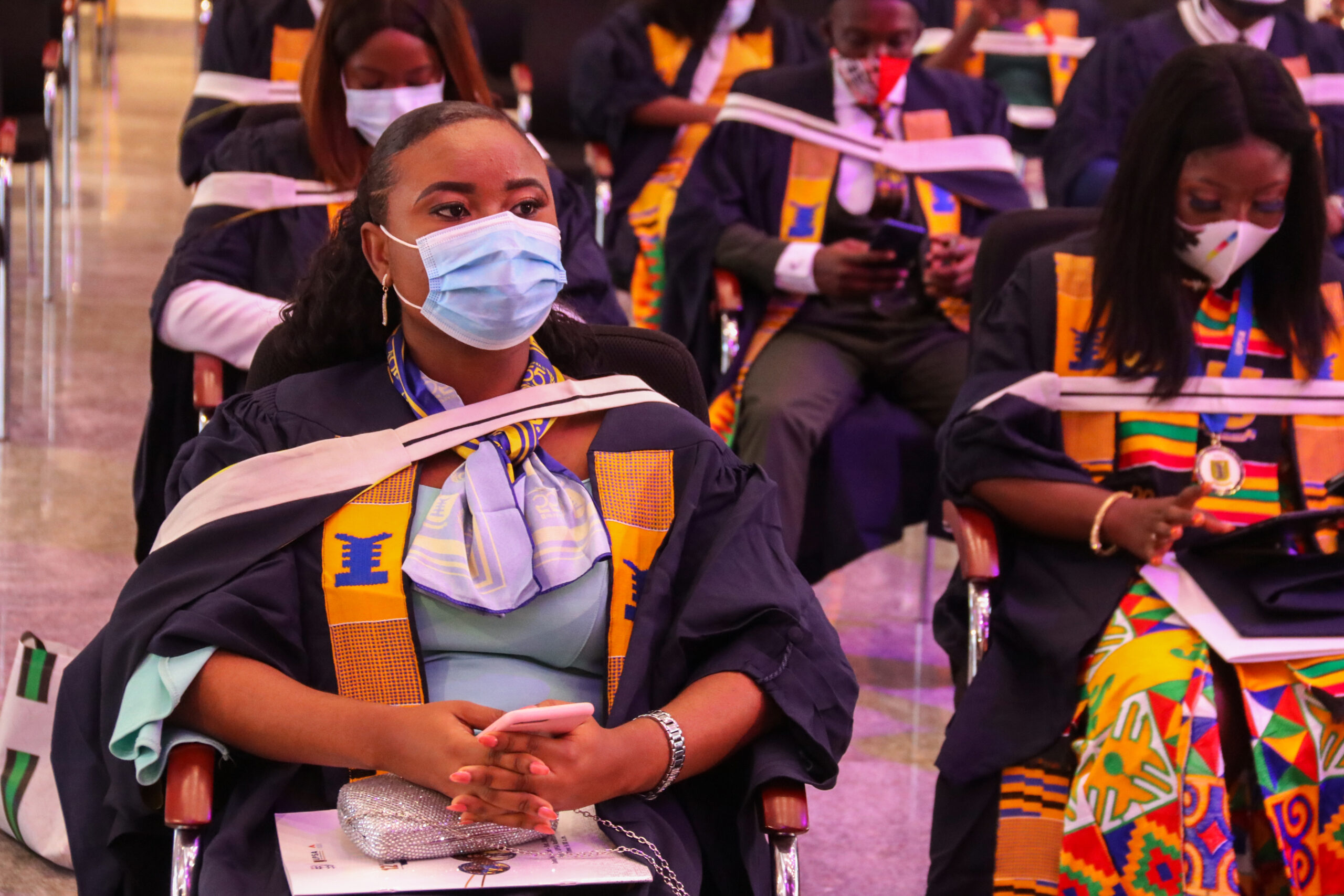 Dr. Owusu-Konadu reserved special compliments for the Vice Chancellor of the university, Professor Abednego Feehi Amartey, who was recently confirmed for a second four year-term as VC, beginning January 2021, describing him as a visionary leader deserving of a second term.

On his part, Vice Chancellor Amartey chronicled how the graduating batch started their respective programs almost at the same time he started his first term as VC in 2017, marking them out as dear to his heart.
Owing to the unprecedented challenges posed by the Covid-19 pandemic, the university has had to improvise within a very short period to take it’s courses online, with the VC pointing to the success of the online teaching and learning initiative as one of his best highlights of an otherwise difficult year.

Prof. Amartey also acknowledged the crucial roles played by telecommunications giants MTN and Vodafone in ensuring the success of the online programs.

Several ongoing infrastructural projects were also touted as signs of the university’s fast growth rate by the Vice Chancellor. Key among them is the 500-seater, multipurpose sporting edifice which was commissioned by President Nana Addo Dankwa Akufo-Addo hours after the congregation ceremony.

Citi FM and Citi TV General Manager Bernard Avle who was the guest speaker at the third session of the 12th congregation charged graduands to be futuristic in their thinking. 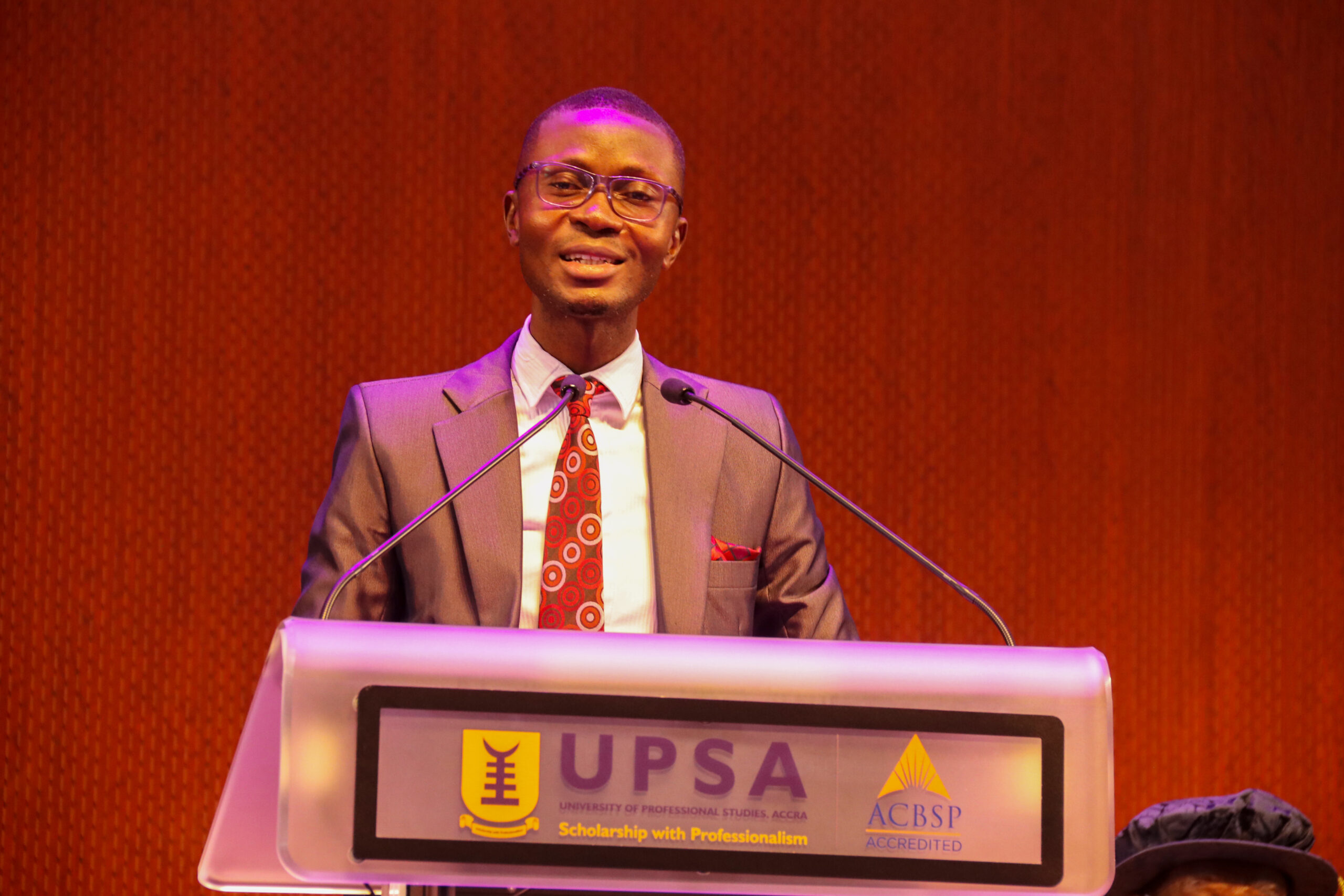 “Prioritize the future over the present,” he said.
The University in total presented 1,185 Faculty of Management studies final year students for graduation, out of which 831 are undergraduate and 354 are diploma students. For the undergraduate level 15 obtained First Class, 257 Second Class Upper, 292 Second Class Lower, 197 Third Class and 70 Passes. 9 of the diploma students attained Distinction, while 211 obtained credit with 134 obtained passes.