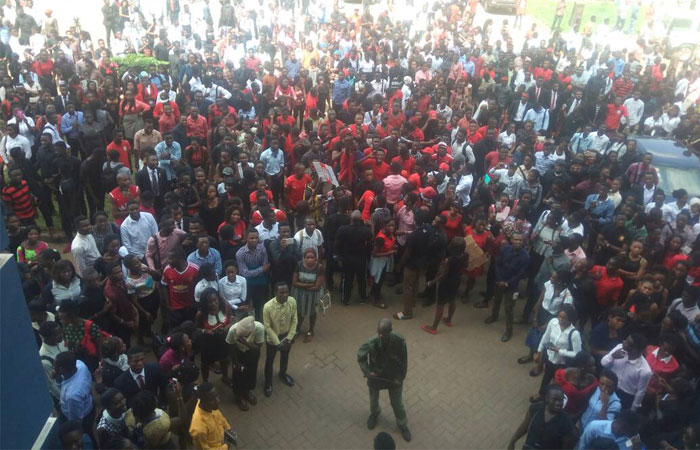 The University of Professional Studies Accra (UPSA) since April  2016, has protested the siting of Strategic Energies  Limited Fuel Service Station (SEL)  behind the university’s northern end of campus. This station is behind the university’s  six thousand (6,000) capacity lecture hall complex which houses offices of lecturers and lecture halls and four thousand (4,000) capacity auditorium which is under construction and will be opened to the Univeristy and the public in the future.

It must be noted that UPSA has previously petitioned the Environmental Protection Agency (EPA) over the granting of permit and non involvement of a major stakeholder like UPSA before permission was granted for the construction of the SEL filling station.

Following the weekend’s disaster at Atomic Junction in Accra in which 7 people have been confirmed dead while 132 have been injured, management is renewed in their drive to find a lasting solution to the possible threat such a fuel service station may pose to life and property on campus and within its environs.

In the next few days the University is taking a number of steps to bring closure to this issue by petitioning  the relevant political authorities  so as to avert any imminent  danger that the siting of the Sea service station poses to our students and the university community at large.

Meanwhile the University would like to assure students, parents, faculty and staff of their  safety.

The University  also wishes to advise students who have embarked on a demonstration on Monday, 9th October, 2017 to remain calm  while lasting solution is found to this problem.