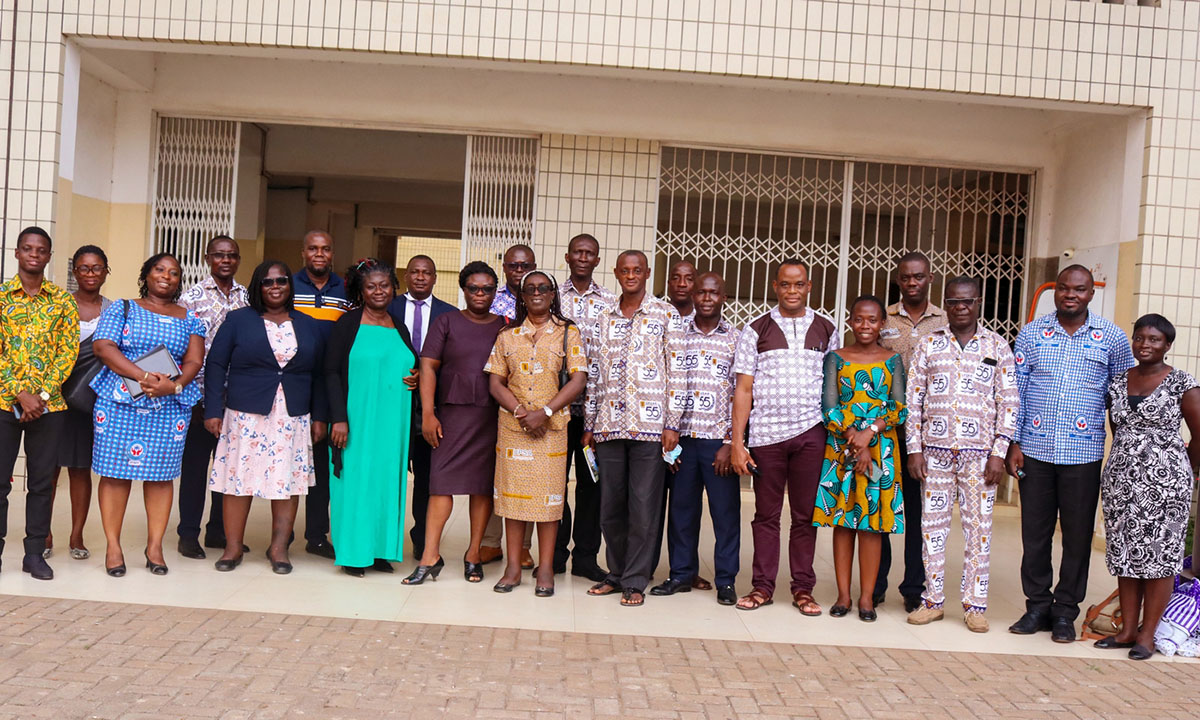 The UPSA Co-operative Credit Union has inducted a new board of directors into office at its maiden Annual General Meeting (AGM) held on Wednesday, 2nd December at the UPSA hostel Conference Room.

The new board and other steering committees will direct the affairs of the Union for the next four years with a firm mandate of reinvigorating organisational efficiencies and stimulating the growth of its membership through creative marketing and office-to-office sensitization.

They take over from an Interim Management Board whose mandate expired in July this year.

Addressing members at the AGM, Mr Desmond Korankye, a field’s representative of the Credit Union Association (CUA) of Ghana, charged the new management to adopt strategies that will increase the liquidity of the Union.

He observed that there was the need to increase the membership of the Union by enrolling new staff and students who are not currently on the scheme.

Mr Korankye said it was incumbent on the new management to also encourage and inculcate the spirit of saving into members of the University community if they are to become financially independent in the future.

Chairperson of the newly inaugurated board, Dr Philomena Dadzie who spoke on behalf of her members, thanked the Union for the trust and confidence reposed in them.

She also commended the Vice-Chancellor, Prof Abednego F. O. Amartey and the Management of the University for their unflinching support towards the establishment of the Union two years ago.

She said, going forward, it is her fervent belief that the new management, under her leadership, will grow the Union from its current state into an enviable level at the end of their four-year tenure.

Dr Philomena Dadzie, therefore, called for the collective commitment of all stakeholders to make the Union’s vision of becoming the first option in financial services for all its members a reality.

“It is our collective commitment of regular savings and accessing loans that would build the Union to the level we want as joint owners,” she said.

The Regional Director of the Department of Co-operatives, Mrs Edith Dzidzornu, reiterated the need for consistent sensitization of members to drum home the importance of saving.