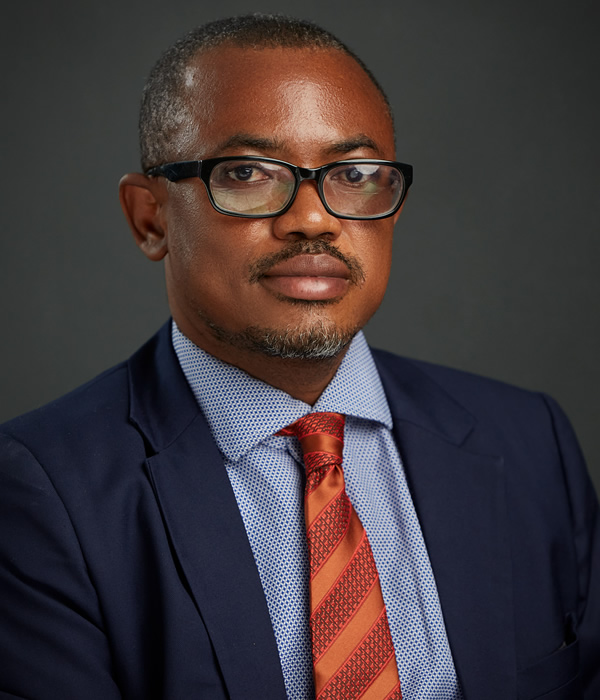 Mr. Godwin Adagewine is a Senior Lecturer of Law at UPSA. He is the founder and Dean of the Centre for Practical and Multidisciplinary Legal Education and Training (CPMLET) and the former Dean of the Faculty of Information Technology and Communications Studies.

From 2005 to 2014, Godwin was a Lecturer of Law and was responsible for organizing and managing the teaching of law in UPSA until the Faculty of Law was officially established. He was promoted to Senior Lecturer in 2014. He also served as the Head of the Department of Public Relations Studies (2010-2012), now Department of Communication Studies. He was Coordinator of the Weekend School (2008-2010). Mr. Adagewine has been a Barrister and Solicitor of the Supreme Court of Ghana since 2004 and has accumulated considerable experience as a legal practitioner. His specific areas of legal practice include Labour Law, Company and Partnership Law, and Commercial Law. In 2010 he was engaged by the Constitution Review Commission as its Counsel and Community Engagement Facilitator for the Greater Accra Region. Godwin Adagewine was a member of the Board of Directors of the Ghana Standards Authority from 2014-2016 and a member of the Governing Council of the Madina Institute of Science and Technology.
Staff CMPLET Flagship Programme Training Programmes